sand is using Smore newsletters to spread the word online.

Get email updates from sand:

"He Can Crush Monopolies With a Single Blow"

"He Can Crush Monopolies With a Single Blow" 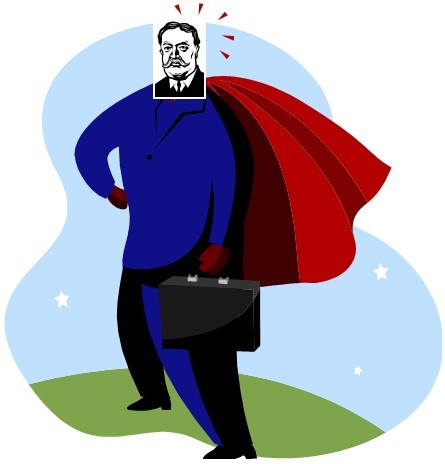 The Evil Dr. Party-Splitter is notorious for his devious tricks and machinations, which always seem to divide groups and set his victims against each other. He has committed innumerable evils:

5. He also launched Dark Darts of Division at super-speed and broke the Grand Old Party in two.

Using her superior writing skills and mental manipulation powers, she convinced countless citizens to condemn the monopolistic Standard Oil Company, which disobeyed the Sherman Anti-Trust Act of 1890. She utilizes her super powers through publications.

sand is using Smore newsletters to spread the word online.

Follow sand man
Contact sand man
Embed code is for website/blog and not email. To embed your newsletter in a Mass Notification System, click HERE to see how or reach out to support@smore.com
close