jaelynn is using Smore newsletters to spread the word online.

Get email updates from jaelynn:

The Regin of Terror

The Regin of Terror

What was The Reign of Terror?

The Reign of Terror was a very harsh time period. It involved chopping peoples heads off and burning people alive. It was a very big thing for people who were poor because they were fighting for food. It wasn't that big of a deal for the kings and nobles because they were fighting for freedom. This was very unfair to a lot of people. Although it didn't really have a huge affect on the clergy. It was a very unjust war.

It has a slanted blade to cut heads off. You also have to cut your hair to not make the guillotine slow down.

This is King Louis 16 and his wife Marie Antoinette. They were decapitated by Maximillian Robespierre's demands. 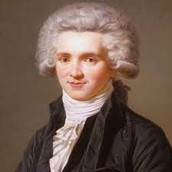 Maximillian Robespierre was the most influential figure of the French Revolution. He demanded that the king and his wife be guillotined. He was later guillotined as well by the people of France.

Is the Regin of Terror unjust or just? 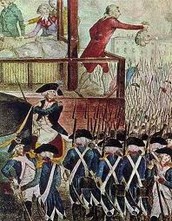 The Reign of Terror was a very unjust time in history. It was unfair to people that did absolutely nothing. Some things I think were very unjust is that you would get arrested if you cried if someone died. This war was started by Robespierre to purge the France enemies of the Revolution and protect the country. It was a time of violence and it killed tens of thousands of people.

jaelynn is using Smore newsletters to spread the word online.