Influx Of Workers From the EU

People say there taking all our jobs and homes. But Britain is advertising 800,000 jobs to people in the European Union.

What businesses have closed Recently?

Most recent businesses that have closed are Woolworth's, Netto, Blockbuster and Barclays have closed more than 400 UK Branches and the job cut comes on top of 3,700 layoffs announced last year. 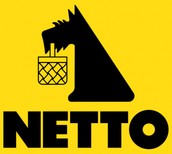 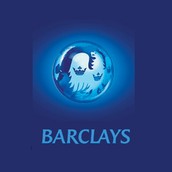 A job for life is were you worked there all your life until you retired. But now your not likely to have a job for life and it was mainly car manufactures, coal mines, steel manufactures and rail way works that you used to work for life. Now you have to move around looking for jobs.

Increased Use Of Technology In the Workplace

Most jobs now require you to have basic IT skills there are only a couple of jobs that don't. So they have now started teaching coding to primary schools. Now that Technology is improving most of jobs are done by machines.

If you don't have Maths and English C you might not get a job because some require you to have a certain grade. You could go to college and take English and Maths but if you don't you will end up with a very low payed job

Increase in the older population not wanting to retire

Lots of people don't have full time jobs now. They are mostly part time like catering

Effects of the recession on certain job sectors

The types of companies that are expanding across the UK and creating jobs locally are Nestle and they are opening Top Man, Next, Marks and Spencer and Primark up Monks Cross which will offer lots of jobs.

You will have to ensure their skills and knowledge is constantly updated who will pay for this?

If you work in the IT industry you will have to train to get use to the new software. Which means you have to pay for it and maybe the software is £600 and if you don't buy it you might end up getting fired because you don't know what to do with the new software

You might not have a lifelong plan anymore Does that matter?

You might have to be more flexible how would you feel about a zero hour contract?

You might even have to consider moving away or even abroad how do you feel about this?

I would feel angry because your losing everything, your leaving your friends and family just to go abroad and you will have to come other for holidays which might cost a lot of money and you might not be able to afford it

You may have to consider doing an apprenticeship instead of further studying or university to save costs does this matter?

Follow Jordan Berkley
Contact Jordan Berkley
Embed code is for website/blog and not email. To embed your newsletter in a Mass Notification System, click HERE to see how or reach out to support@smore.com