Thermodynamics: What the frickity frack is that?!?!

Thermo-whatnow? Yeah, you head correctly, THER-MO-DY-NAM-ICS!!!
What is that?!?! Now if I were to go into full depth as to what thermodynamics is, it would probably give most people an aneurysm because there is that much going on.
But there is no need to fear, I'm here to merely translate it into normal people terms, so don't sweat it.

Now, thermodynamics is really just a branch of natural science (air, gasses, water, nature, etc.) that is concerned with heat and temperature.

You're probably asking yourself "But wait, aren't heat and temperature the same thing?"
Heck nah, you ninny!!! And don't worry about that, i'll get to that later.

Thermodynamics is just as important as all the other madness in the stupendous world of science. Why, if it weren't for thermodynamics, everyday things such as trying to get that right temperature for your shower ( so its not colder than Hoth, and so its not hotter than Mordor) It works with your car engine so that way, you're not stranded in the middle of the highway when your engine overheats, and many other everyday things in life.

Let me try to break down the other branches of thermodynamics for you...

Heat and temperature. Whats the dillio?

Heat is where there is a hella good amount of thermal energy, which is measured in Joules (J) (pronounced jewels)

And temperature is how hot or cold something is. Like when you pull out that Hot Pocket out of the microwave and then drop it on the ground because its too hot and proving that you're not that smart and you're just really impatient.

Its because it ISN'T too good. Absolute zero is when it gets so cold, that life ceases to exist.

(Yes, it can get THAT cold) but the chances of that actually happening, is very slim to none, but scientists, once again, like to play God and see if they can actually achieve that.

But don't you worry your little butt. Its not going to be like one of those disaster movies where Earth is frozen over. In order to actually achieve absolute zero, you must reach 0 degrees Kelvin. (-273.15 C and -459.67 F)

Kelvin? Isn't that some guy's name? As a matter-of-fact, it IS, And so is Fahrenheit. Its after the Belfast-born engineer and physicist William Thomson, 1st Baron Kelvin (or Lord Kelvin, to keep it short)

Now how did he actually figure this out? He had written in his paper On an Absolute Thermometric Scale, of the need for a scale whereby "infinite cold" (absolute zero) was the scale's null point, and which used the degree Celsius for its unit increment.

Now this Thomson guy calculated that absolute zero was about the same as -273.15 C (also note that this was back in 1848, so it was as good as it was gonna get at the time) 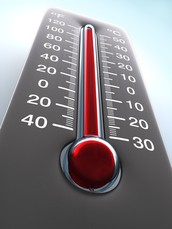 Celsius vs. Kelvin vs. Fahrenheit: ONE NIGHT ONLY!!!

Celsius, Kelvin. Fahrenheit. They all have one thing in common.
They're temperature scales, or ways of telling the temperature. Now I'll explain who uses what and why...

Lets start with something we're all familiar with....Fahrenheit.

Farenheit is the temperature scale in which all Americans use. Thats it. Just Americans. We're the ONLY country in the world to use Farenheit (because we're special) The temperature for freezing is 32 (that was the lucky number when you were younger in which you hoped it would get to where it would snow and then snow day and then no school)

And then there is Celsius. Celsius is the temperature scale in which every other country uses. It revloves around the metric system (which revolves around tens and hundreds. pretty simple)

And at last, Kelvin. Kelvin is the temperature scale everyone in the science world uses, and in the last paragraph and on the internet is where you can find out a little more about Kelvin and how exactly it works. 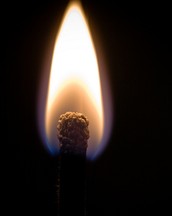 Specific Heat and YOU

"Specific heat? Oh come one!!! What now?"
Ohhh sush, you. This isn't really all that bad. Would you much rather be studying for that math test that you haven't the slighest clue on how to do? Exactly...

Now by definition, specific heat is heat to raise mass by one degree: The amount of heat that is needed to raise the temperature of one gram of a substance by one degree, usually mesaured in joules per kilogram per kelvin.

Yeah, all of that wen't over my head as well, but its all guchi, because i'm going to help you understand this a little better.

Lets put this in an everyday stuation now...

"Oh man, I need to wash a dress shirt and a nice pair of jeans for that hot date tonight!!!"
You can use the washer and dryer, or an electric iron for pressing and ironing.

Or if you're going to cook that sunday lunch, or making cakes, ect...
It all needs the addition of specific heat to increase the temperature and (where/when needed), the addition of latent heat to change the state (as in melting ice)

Ok, I promise you, this is the last thing I'm going to talk about. So don't worry, you're little brain will soon be able to take five.
And I'm actually glad its the last thing on the list here, because I REALLY had to reasearch this and figure out how to word this madness for you...

The 2nd law states that entropy (one fancy way of measuring the thermodynamic system) of the universe always increases in the course of every spontaneious (natural) change.
So in other words: over time, differences in temperature, pressure, and density tend to even out.

Once again, lets put it to the test of reality...
Take a lightbulb. We all know that a lightbulb when activated, gives off radiation (but not to the point where you'll become some irradiated freak) Does said radiation stay inside the glass forever. Of course not. It likes to venture out and see the world.

Same thing for stereo speakers. So if you have that 4x12 speaker, its going to give off some mad waves (both noise and radioactive waves)

And also for when a car crashes into a brick wall. The sound of that car crashing. The twisting metal and the bricks flying all over the place. That noise? Radiation.

Ok, ok, ok. THIS is the last thing you have to read. First off, congrats for making it this far. Pat yourself on the back, bros second off, congrats for actually reading all of what I've shared unto you today (or tonight, whatevs), and lastly, I thank you (if you did) for actually taking in some (or all) of the information I've put on here. Of course, this is just a small sample of what thermodynamics REALLY is. So once again, thank you for sticking with me through all of this.

Have a good day/ evening