What You Don't Know About LSD

Astonishing on a Dangerous Level

What You Don't Know About LSD

Astonishing on a Dangerous Level

LSD is a syntetic crystaline compound. LSD stands for lysergic acid dithylamide. It is a potent hallucionegic drug. It was discovered in 1938 in a fungus that grows on rye and other grains. It can be ingested orally. it is sold as tablets, capsules, liquid, or an absorbant paper.

Medical Uses of the Drug

Researchers are examining the possible therapeutic effects of LSD on the intense anxiety experienced by patients with life- threatening disease, such as cancer. There are studies being conducted to test if LSD can really aid people. In a Swiss study, patients wo ingested LSD aided them emotionally. After taking LSD, people overcame anxious feelings after being diagnosed with stomach cancer. In the 1990's FDA began research. The research not been easy with government fund still leery and drug companies not interested in compounds that they can't patent. That means LSD is provided by private donors.

The effects of LSD are the result of the drug interrupting the normal interaction between brain cells and the neurotransmitter seretonin. A persons reaction depends on the dose taken and their body chemistry. Psychological effects include hallucinations. Hallucinations are experiences involving senses. Hallucinations can be pleasant, exciting, and stimulating. But some people ave a "bad trip" which can be frightening and during which the tripper can lose touch with reality. The LSD user may have an impaire sense of time and of depth perception. The LSD user may have delusions. A delusion is when one believes someting that is not true, even thoug there may be evidence to prove that it is not true. Ther person on LSD may appear apprehensive and not know why. They might experience HPPD (Hallucinogen Persisting Perception Disorder) whic consists of altered perceptions, for example if someone was still experiencing a trip and/or flashbacks that occur well after the trip is over. There are many more psyhological effects of LSD.
LSD makes it so the pupils are dialted, there is a higher or lower body temperature, sweating or cills (goose bumps), Loss of appetite, dry mouth, sleeplessness, and tremors.

Duration of ALL effects depend on the amount taken

Below are examples of packaging LSD comes in, Some pictures below also show what you might see when you are on LSD. The video is an LSD simulation. 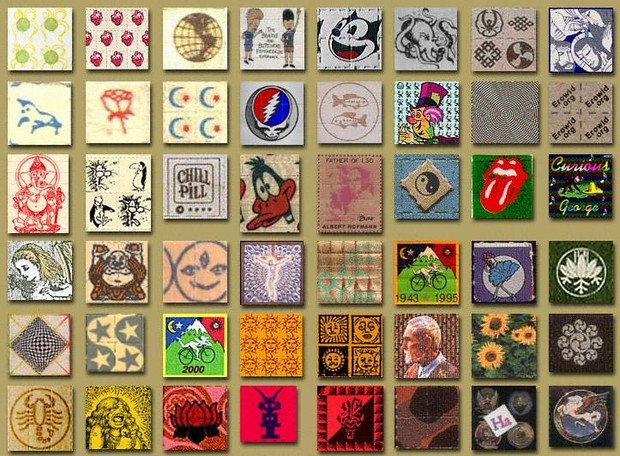 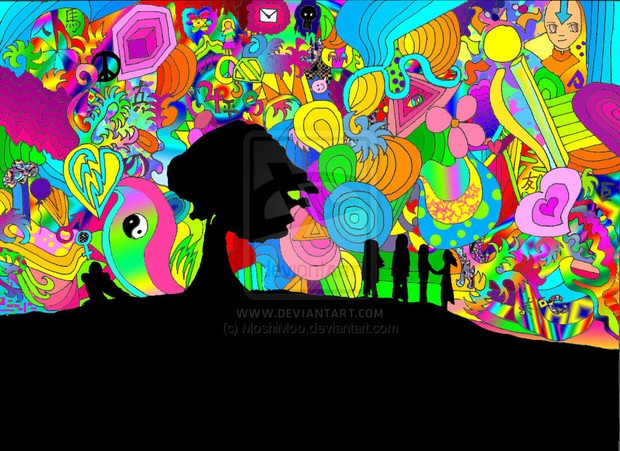 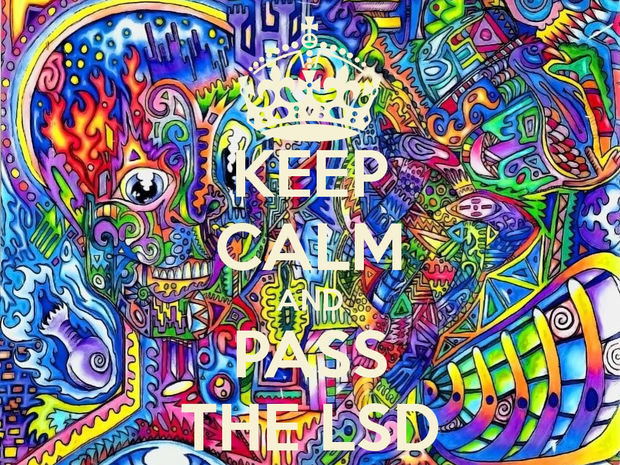 LSD does not appear to be pysically addictive, though user can become psychologically dependent. Regular users may feel compelled to use it to function effectively or feel good in certain situations. Tolerance to a hallucinogen effcts of LSD can build rapidly if used repeatedly over several days. There is little evidence that people experience physical withdrawl symptoms if tey suddenly stop taking LSD.