By the time you read this, Summer 2021 will be about to start. For schools, it is a time of refreshment, for public libraries, it is the busiest season. For academic libraries, some may be on hiatus, others as busy as ever. Special libraries may not notice any difference between summertime work and the rest of the year, except people you need are more likely to be away from their desks or cameras.

Culturally, however, this period of the year is one where time stretches out, meetings are fewer, dress is more casual, and weekends start sooner. It can also be a time to take a breath, and get ready for all the activities scheduled for later in the year. Especially post-pandemic, we all need to take an opportunity to look back -- and then look forward.

That will be the case with LibraryLinkNJ this year. With a new Executive Director in place and the troubles of the last few years (internal and external) behind us, we can start to focus on serving our membership in the best way possible. We hope you can help with that.

It has been several years since we last did a major look at our future. The last strategic plan was developed in 2017, and was only meant to cover three years - we made it last for five. This Fall, we will be embarking on the development of a new plan, one that hopefully takes us beyond delivery services (consistently nearly half of our budget), and into a broader array of cooperative endeavors. Libraries are the original shared service, and we should bring our 21st century imaginations to bear on how we can share more creatively and effectively.

I have enjoyed my brief tenure as the “in-between.” I hope things moved along as planned, and that this organization is ready to envision and do great things. I wish everyone in LLNJ much success and cooperation in the future.

LLNJ will benefit from a wealth of local and national experience when Bingham takes the helm. After some time at the University of Delaware and Rutgers Libraries, Bingham worked at the Gloucester County Library System (GCLS) for 5 years before becoming Director of Information Technology at the New Jersey State Library (NJSL) for 2 years. Then he returned to GCLS in 2003, working there in numerous technical and managerial capacities before being named the system’s Director in 2018.

Bingham will be able to hit the ground running, since he already knows LLNJ well. Not only is GCLS a member library, but Bingham has been serving on LLNJ’s Executive Board since 2019, and is currently the secretary of the co-op. Most important, perhaps, is that since 2020, Bingham has been chairing a vital group known as TOPCATS—the Taskforce on Post COVID-19 Alignment, Trends and Strategies in New Jersey Libraries. The group has worked tirelessly to help all types of libraries manage their pandemic responses, create and implement related policies, and prepare for the future.

He holds a B.A. in English from the University of Delaware, a Master of Library Service from Rutgers, and a Professional Librarian Certificate from the State of New Jersey.

Bingham shared, “I am looking forward to collaborating with LLNJ’s membership, our statewide partner organizations, and leaders of other non-profit organizations as we equip library workers to grasp the opportunities and overcome the challenges faced by all types of libraries in New Jersey.”

“We are very excited to announce that Ralph Bingham will become the new Executive Director of LibraryLinkNJ at the start of our next fiscal year. We look forward to him leading the cooperative that he has already proven to be an integral part of. We know that Ralph can continue to expand on the strength of LLNJ and its services,” said Bonnie Lafazan, President of the organization’s Executive Board.

Ralph Bingham will relieve Keith McCoy, who graciously stepped in as Interim Executive Director when Susanne Sacchetti had to move to a different state.

The next Library LibraryNJ Executive Board Meeting will take place virtually on Wednesday, June 17th at 2:30 pm. All LibraryLinkNJ members are welcome to attend.

Zoom meeting links, Board packets, and approved minutes from past meetings

LibraryLinkNJ will host its annual membership meeting on Wednesday, June 9, 2021, at 1 pm. This will be a virtual meeting.

Our Zoom capacity is limited; therefore, we can only accommodate voting representatives at this year’s membership meeting. The meeting will be recorded and will be made available for all LLNJ members to view at a later date.

Registration (Voting Representative only) is open through 12 pm, Tuesday, June 8th for the business meeting.

Join HR Specialist Jennifer Doderer of the Ocean County Library for a one-hour examination of best practices for library managers and supervisors as they navigate staff privacy, records, vaccines, and more in the post-pandemic library.

Skill-Sharing Conversations are one-hour, virtual conversations on relevant library topics. Each conversation will follow an agenda and will be moderated by one of our talented colleagues, providing a great opportunity for the NJ Library community to learn and grow together. All LibraryLinkNJ members are welcome to attend.

Grab your beverage of choice, and be prepared to share details about your latest reads with Library colleagues from around New Jersey. Conversation topics could include books, audiobooks, magazine or journal articles, and more. Attending one or more of these events is a great way to meet new people, as well as learn about resources for reader’s advisory, professional development, and personal use.

Share Your Reads conversations will take place on Wednesdays from 7pm-8pm. All LibraryLinkNJ members are welcome to attend.

What Are They? Online Meet-ups via Zoom

This is the time and place to discuss your concerns, share your ideas, and “hang out” with your colleagues. We can discuss a particular topic or just chat about what this crazy life is like for library staff serving their customers during this pandemic era. Read More 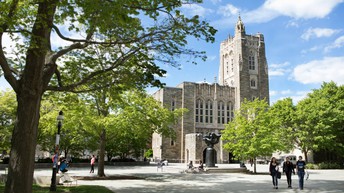 Princeton University Library (PUL) is one of the world’s foremost research libraries. Serving researchers from around the world, it is a vibrant hub of activity for exploration and discovery with ten locations, including the main library, the Harvey S. Firestone Library. Holdings include millions of books, journals, manuscripts and non-print items in over 200 languages. State-of-the-art technology provides on-site and remote access to thousands of databases, digitized collections, sound recordings, musical scores, films, and more.

Unique holdings from our special collections range from such singular items as an Egyptian Book of the Dead (circa 1250 BCE) to the papers of Nobel laureate Toni Morrison. 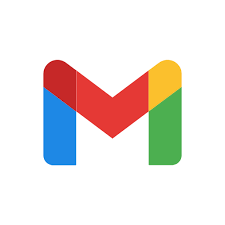 Scheduling your emails can be a great time saver!

Delay or schedule emails in Outlook

Professional Development Opportunites from Other Organizations 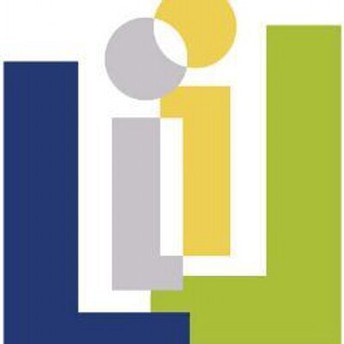 LibraryLinkNJ (formerly known as INFOLINK) is a 501(c)(3) non-profit corporation. Its members are multi-type libraries and library-related agencies located in the twenty-one counties of New Jersey. This area includes 8.79 million people. The population of the state is highly diverse and includes some of the largest communities of Spanish speaking and Asian Indian persons in the U.S.

LibraryLinkNJ – The New Jersey Library Cooperative has over 1100 voting representatives from over 2,500 public and private school, public, academic, institutional, corporate, health sciences and special libraries and library-related agencies. A member-elected Executive Board meets regularly to oversee the programs and services of the organization.

LibraryLinkNJ and its services are funded by the New Jersey State Library, which is responsible for the coordination, promotion and funding of the New Jersey Library Network. Members join at no charge and pay no dues.