brooke is using Smore newsletters to spread the word online.

Get email updates from brooke:

The Stamp Act took place March 22 1776. The Stamp Act taxed american colonist on things like tea in paper, and the money went to British army's stationed in America. Tavern owners had to start charging there customers more money to make up for the tax they had to pay on things like playing cards and dice. Even news paper and printers would have to pay for stamped paper. Anything that was made of paper you had to pay to have a special seal placed on it. All of this angered the Americans and made them want their freedom and independence. Violent protest broke out and some Americans even captured tax collectors stripped them down covered them in hot pine tar and threw feathers on them. But who could blame the Americans ? They were taxed on unfair conditions.

People even had to pay tax on tea

These were american colinst angry about the stamp act 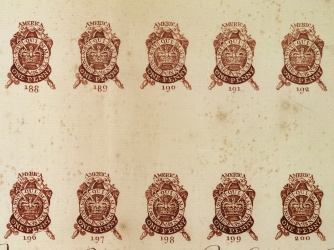 brooke is using Smore newsletters to spread the word online.