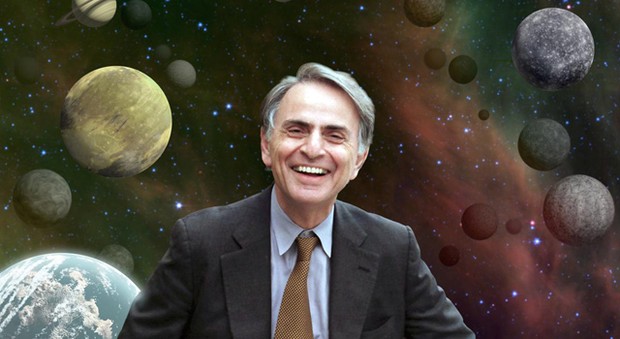 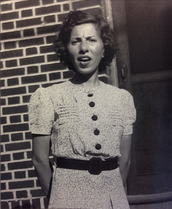 Carl Sagan was born on November 9, 1934 in Brooklyn, New York. His parents were Samuel and Rachel Sagan. Samuel worked at a coat factory as a cutter, and Rachel kept the house. With the experience of the Great Depression, the Sagans were very careful in their money spending, and they even quit smoking in order to spend the money in their son's nutritional supplements. Carl Sagan had a sister named Carol, who was seven years younger than him.

Ever since he was little, Sagan had a unique personality. On one hand, he was very shy, and liked to withdraw and spend time on the subjects that interested him. On the other, he had a strong competitive streak, like his mother.

He also had a numerical fascination, and had a hobby of stamp collecting. He was puzzled by the stars, and often went to museums, planetariums and libraries. At age eight, he encountered the concept of extraterrestrial life. He enjoyed reading fiction novels about life on Mars and taught himself the constellations.

Sagan was considered a gifted child and was permitted to skip several grades. However, since he was very young when he graduated, colleges were reluctant to accept him; therefore, he settled with going to the University of Chicago. He joined the science-fiction club, co-founded the astronomy club, and even captained the basketball team. 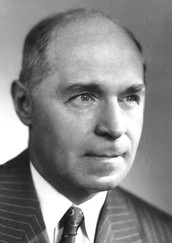 During the summers of 1952 and 1953, Sagan worked in Muller's lab. His job was to raise and sort fruit flies so that others could perform experiments on them. Muller's research consisted of exposing fruit flies (because of their quick life cycle) to X rays to analyze how radiation caused mutations and, therefore, evolution. His results would eventually make him a Nobel Prize Winner. 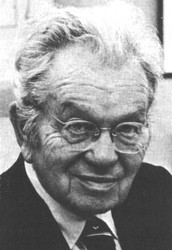 In 1952, Muller introduced Sagan to Urey, another Nobel Prize winner who had discovered the element deuterium, or "heavy hydrogen". He also contributed in the Manhattan Project for the first atomic bomb, and became a critic of nuclear weaponry. However, Urey's most influential experiment to Sagan consisted of mixing organic compounds under certain conditions in order to produce proteins. The "Miller-Urey" experiment essentially proved that life could take place on any planet with the right conditions. 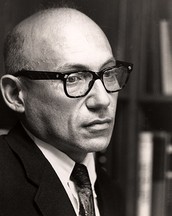 Sagan met Lederberg when he was conducting genetic research at the time. They had long talks about biology and the value of finding life-forms in other planets. When the Soviet Union launched Sputnik, a satellite with a dog inside, Lederberg worried that if even a single earthly life form made contact with the moon, it would be impossible to detect any lunar life.

In 1956, Carl met Lynn Alexander in Chicago. They had an on and off relationship and argued frequently. However, in June, 1957 they got married.

The couple moved into a house in Madison.

In 1959, the couple had their first son, who was named Dorion Solomon Sagan.

The family moved to Berkeley when Sagan accepted a job to work with Stanley Miller at the University of California.

A year later, Jeremy Ethan Sagan, the second son of the Sagan family was born.

After some years of troubled marriage, Carl and Lynn got divorced in 1965. 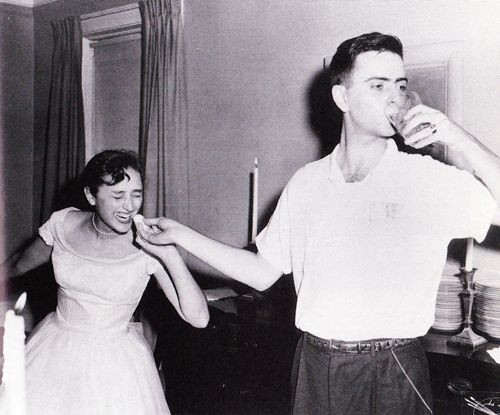 In his Ph.D. thesis, Sagan studied Venus. He drew on data that indicated that the planet radiated microwave frequencies, which is heat energy; consequently, the Venus' atmosphere was calculated to be around 600º K (620º F). Scientists were reluctant of this number, however, since the planet's clouds bounced off 70% of sunlight. Another study suggested that the temperature was actually 350º K (110º F), which was logically still too hot. Sagan then suggested that this was true because the gases in Venus' atmosphere let in sunlight but trapped the warm air caused by the light. This was called the "Greenhouse Effect", and it gave Sagan a great reputation in the start of his career.

In the 1960's, an interest of detecting life on other planets grew among scientists, which led to the creation of multiple devices that aimed to detect extraterrestrial life. Consequently, a meeting was arranged between 11 scientists specialized on life-related sciences, including Sagan, who was the youngest one of all with 26 years of age.

In the meeting, the group set to determine an equation that would determine the number of communicating extraterrestrial civilizations in our Galaxy.

Sagan had moved to teach at Harvard. He met Linda Salzman, an artist. They started dating and married on April 6, 1968. The couple moved to Ithaca and Carl got a job at Cornell University.

In August, 1975, Carl, Linda and Nick watched the launch of Viking. 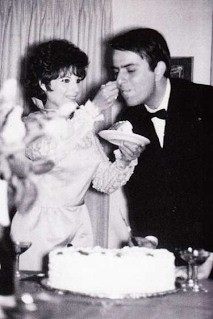 In July 15, 1965, Mariner 4 flew by Mars and sent photos and data to NASA. Many expected Mars to be capable of life, but its poor atmosphere consisting mainly of carbon dioxide and low atmospheric pressure suggested otherwise. However, Sagan remained optimistic.

In 1968, NASA planned a landing mission called Viking, with the goal to search for life. Sagan was in charge of the imagery team and the landing sites, in order to achieve a successful landing, Sagan had Mariners 8 and 9 map the planet.

On 1971, a dust storm in Mars confirmed Sagan's theory which refuted apparent seasonal changes which were really just dust storms.

Viking 1 achieved orbit on June 19, 1976 and landed on July 20. Its life detection experiments led inconclusive and confusing results, and it was concluded that there was no life on Mars. 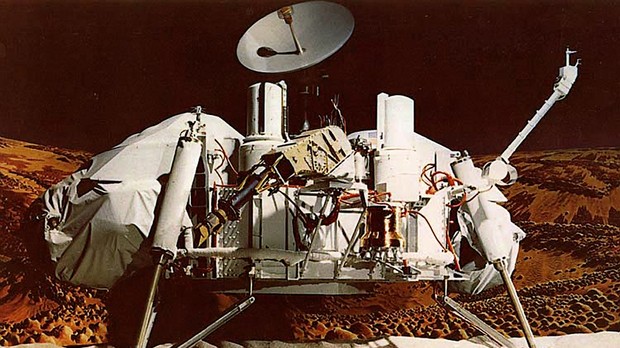 NASA prepared a flyby of the asteroid belt and Jupiter, and the probe would accelerate enough to escape the sun's gravity, becoming the first human object to leave the solar system. NASA approved Sagan's request of placing a message on Pioneer for any extraterrestrials. The outcome was a metal plaque that showed 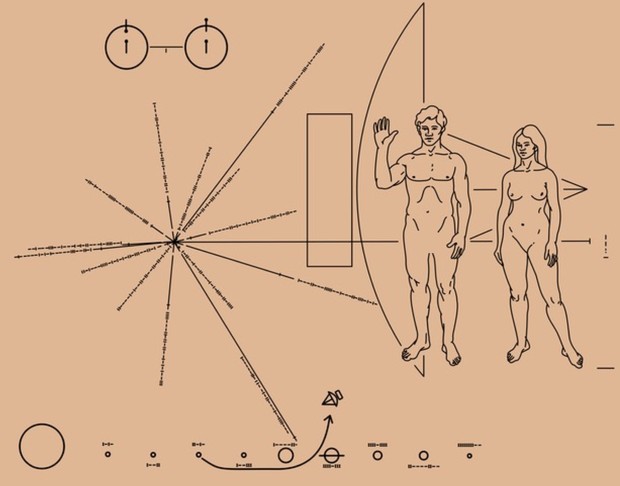 "You would have to be made out of wood not to be interested in knowing whether we're alone in the universe."

In 1974, Sagan met Ann Druyan for the first time at an event hosted by writer Nora Ephron.

They fell in love in the following years as they collaborated on a couple of projects including the Voyager. One day, over the phone, they decided they would get married. 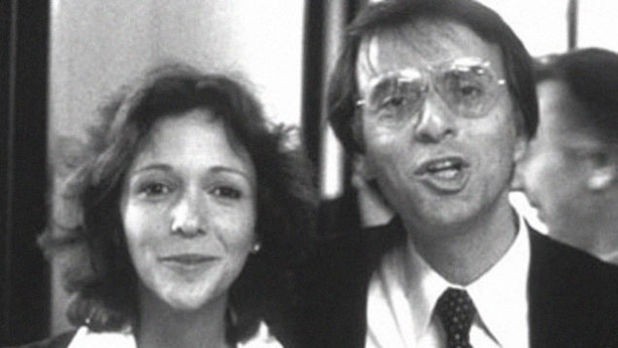 The Voyager mission, with the main objective of photographing the planets, would also exit the solar system. In December 1976, Sagan was asked to device another symbolic message to extraterrestrials.

The result was a record made of copper, a material that would stand the decay of being in space. It included a number of songs of a wide variety of genres, a recording of greetings in multiple languages, natural sounds from Earth and pictures including a diagram of a man and a woman. 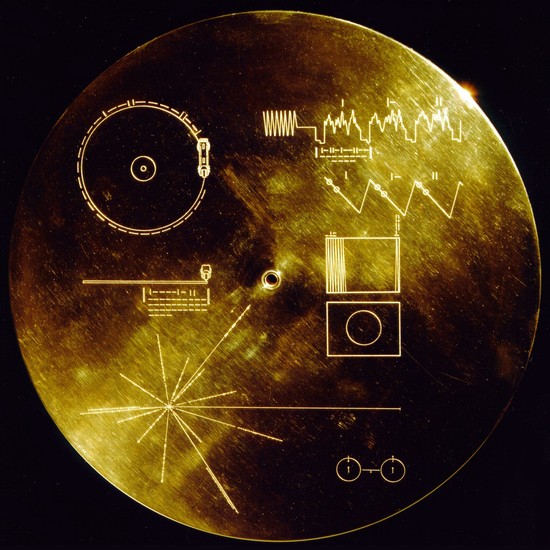 In 1976, Sagan formed Carl Sagan Productions, Inc. with plans to make a TV series about astronomy. In 1978, it was decided that the show would be called Cosmos. It would have Star Wars-like special effects to explain the immensity of space.

The show debuted on September 28, 1980. Sagan became a nation wide TV celebrity as he became the best known scientist of his time.

By January 1981 he had published a Cosmos book, which became the top selling book of any science book in English.

In the mid-1980's, scientists became concerned on the possible threat of a nuclear war, and Sagan played a major role in suggesting the outcomes if such event were to happen.

Based on multiple calculations, Sagan and his research team concluded that the smoke and dust of a nuclear war would block the sunlight and dramatically lower the temperature of the planet from 10°C to 25°C. In this "nuclear winter", agriculture would be impossible and would result in mass starvation across the world.

Sagan spread the word and encouraged the Soviet Union and U.S. to stop the production of nuclear test weaponry.

Some even credit Sagan for ending the Cold War.

The nuclear arms race is like two sworn enemies standing waist deep in gasoline, one with three matches, the other with five.

In 1994, Sagan was diagnosed with myelodysplasia, a rare disease of the bone marrow in which abnormal stem cells crowd out the healthy cells needed to produce blood cells. He lived sick for two years and had three bone marrow transplants from his sister.

On a different time period...

Carl Sagan became the public image of science he was through his TV series. Also, his discoveries heavily relied on the technology that was available in his time period.

If he had lived in an earlier time period, he would not have been so successful because there would be no platform as widely known as the TV to show the discoveries and experiments he had accomplished.

Sagan lived during the Cold War, in which science was focused on the creation of nuclear weapons for war. He would not have even grasped at how dangerous the outcome of a nuclear war would be if he had lived a several decades before.

If I had Carl Sagan's skills... 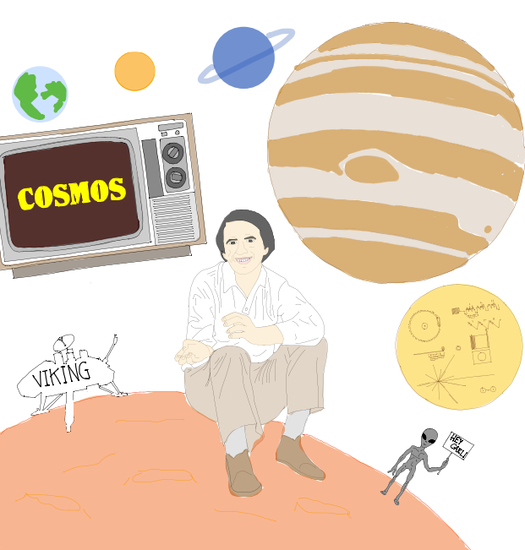 In her article Carl Sagan's Legacy: From the 'Pale Blue Dot' to Interstellar Space, Miriam Kramer effectively elaborates how American astronomer Carl Sagan touched people’s lives through his teachings and contributions to the scientific community. The author mentions Cosmos: A Personal Voyage, a TV show hosted by Sagan in which he used “visual effects and down-to-earth commentary to bring science into people's homes”. The show was a series of episodes that showed a wide variety of topics ranging from the origin of the universe to the composition of atoms, all presented with simple language so that average people would be able to understand. This characteristic of the show was the reason it touched the hearts and minds of many across the nation, including Neil deGrasse Tyson and Seth MacFarlane. The former is an astrophysicist who met the famous astronomer at age seventeen and remarks that Sagan “reached out to [him] and to countless others, inspiring so many… to study, teach and do science”. The latter is an executive TV producer who remembers watching Cosmos multiple times as a child, an adolescent and even an adult. Both Tyson and MacFarlane are host and producer of the reboot of Sagan’s Cosmos. The author adds that Sagan not only discussed and taught, but he also made important breakthroughs and contributions to science and exploration. He formed part of a team that designed the Voyager expedition, which is the farthest man-made object ever launched into space. The probe contains messages and sounds from Earth inscribed into a golden record which would be played by extraterrestrial beings. Moreover, Sagan explained Venus’ high temperatures through a model he named “the greenhouse effect” and was an advisor on the Viking mission to Mars, which would be the first U.S. lander on the red planet. Carl Sagan’s teachings, breakthroughs and contributions, his legacy to science and exploration of space have influenced people’s lives in a profound way in which nothing would be the same.
Carl Sagan's Legacy

"Somewhere, something incredible is waiting to be known."

During his lifetime, Sagan examined and wandered through the cosmos as he studied and analyzed how humanity came to be what it is today. He actively reached out and taught the nation the complexity of the world we live in and its surroundings through science. He cherished the gift of life like no one else because he was one of the few people who realized how precious it was.

Follow Miguel Yapur
Contact Miguel Yapur
Embed code is for website/blog and not email. To embed your newsletter in a Mass Notification System, click HERE to see how or reach out to support@smore.com
close