Hieu is using Smore newsletters to spread the word online.

Get email updates from Hieu:

Flight has received mostly positive reviews. The film has an approval rating of 78% based on a sample of 99 critics on Rotten Tomatoes, but has a higher rating of 91% from top critics. The late Lyle Shelton was reportedly a technical adviser on the film. "Flight". Rotten Tomatoes. Retrieved October 22, 2012. The Hollywood Reporter's Todd McCarthy wrote that the film "provides Denzel Washington with one of his meatiest, most complex roles, and he flies with it." Conversely, Critic Speak's Timothy Semenza wrote that Flight sees filmmaker Zemeckis "return to...broad strokes, but this proves to be problematic because, in stark contrast to the emotive narratives of his previous works, it’s about an entirely internal struggle." 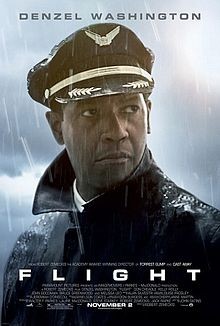 Hieu is using Smore newsletters to spread the word online.

Follow Hieu Duong
Contact Hieu Duong
Embed code is for website/blog and not email. To embed your newsletter in a Mass Notification System, click HERE to see how or reach out to support@smore.com
close