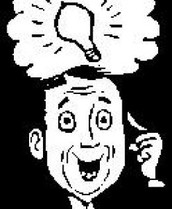 A flashbulb memory is a vivid recollection of a significant event that happened in your life that you remember forever. It's those memories that may have occurred a long time ago that you can still recall in detail today and most likely for the rest of your life.

I chose flashbulb memory because I wanted to know more about why there are things that we remember forever as if it happened yesterday. Knowing about this topic can help others by making them aware of the reasons for their long lasting memories. These memories can provide insight on why the person is the way they are because chances are that the flashbulb memory was a significant event that impacted the persons life or personality.

Neisser and Harsch Study (1992)
The purpose of this study was to test how accurate flashbulb memories are. In this case, participants memory of a space shuttle crashing was tested within 24 hours and again after 2 years. The participants were pretty set on the fact that their memories were accurate, but it turned out that 40% retold distorted tales.

Brown and Kulik Study (1977)
These two guys asked participants about 5 major events (such as the Kennedy assassination) in which they were able to recall pretty well. They concluded that there may be a special neural mechanism which triggers emotional arousal, therefore making it easier to recall as well as more vivid.

Talarico and Rubin Study (2001)
The point of this experiment was to test if the flashbulb memory had any more detail than another regular memory that occurred around the same time. Participants were asked to recall the events of the 9/11 attack after 1, 7, 42, and 224 days of the event. This study also tested the ability to remember another ordinary event that happened around the same time. The conclusion was that the flashbulb memory of 9/11 remained very vivid throughout while the regular memory dimmed with time.

-The emotion that is associated with the memory is the reason for the flashbulb memory being so strong.
-If someone were to add an incorrect detail while retelling a flashbulb memory, the mistake will most likely be repeated when retold after that rather than corrected.

Seared in our memories

www.apa.org
Flashbulb memory or a detailed recollection of a memorable event is common as part of a public tragedy like 9/11.