Effects on Plants and Animals

Effects on Plants and Animals

Did you know that the world's coral reefs could virtually disappear by 2050? Global warming is a worldwide problem that has very negative effects on varieties of plants and animals, some of which we will be talking about. First we will go through the effects on coral reefs, then effects on arctic animals and to conclude it off, some plants that are effected by global warming.

In 1 year alone,16% of world's coral reefs were wiped out. Florida contains about 6,000 coral reefs are all slowly dying off. According to Mark Maslin, global warming isn't only killing the coral reefs, but it also is doing the same to all the other abundant life the reefs support. 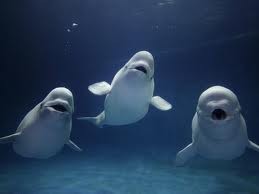