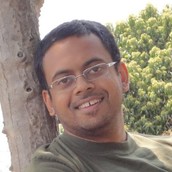 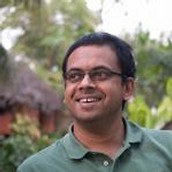 Roshan Paul has spent his life questioning the status quo, and has built a career around connecting global citizens to solve social problems across boundaries. He co-founded the Amani Institute, a new model of higher education that develops talent to solve 21st-century problems, with these values in mind. The seeds of Amani were cultivated while Roshan worked at Ashoka for more than seven years, where he designed and launched five new programs and managed two other global projects. These included Ashoka’s Peace Initiative (supporting social entrepreneurs in conflict zones) and the Globalizer program (helping social entrepreneurs scale up their innovations).

Born in Bangalore, India, Roshan has a Master’s in Public Policy from the Harvard Kennedy School, a Bachelor’s in International Political Economy from Davidson College (a degree he -designed), and a certificate in Creative Leadership as one of the founding participants of The Amsterdam School for Creative Leadership. He has guest-lectured at over a dozen universities in the United States and Europe, including Harvard, Georgetown, Johns Hopkins SAIS, and HEC Business School Paris, and has served on the Advisory Boards of several organizations working in peace building and education. His writing has been published in Forbes, the Stanford Social Innovation Review, MIT's Innovations Journal, India Today, as well as in the recent book, Dream of a Nation.

Roshan has studied and worked on every continent (aside from Antarctica, where he hopes to travel next). A self-declared “cricket junkie”, he also loves good writing and fusing cuisines together in unexpected ways.

Responding to the widely-perceived gap between university education and the marketplace for jobs, the Amani Institute's mission is to develop next-generation talent for solving social problems. We do this by pioneering a new model for higher education that offers participants opportunities to get an intensive experience of cross-boundary work, develop practical skills to build their professional toolkit, and understand the personal journey this work requires in order to be effective and sustainable as an individual over time - all things that employers desire and that are critical for long term career success.
amaniinstitute.org