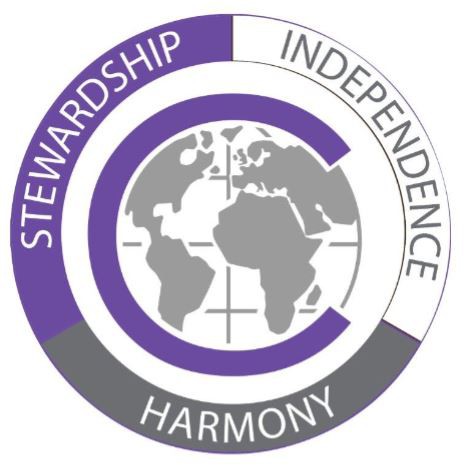 Todd is using Smore newsletters to spread the word online.

Get email updates from Todd: 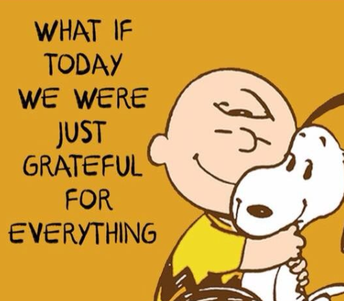 We want to thank all of you for the strong partnership between the school and the parent community. Together, we continue to enjoy traditions, new and old, for our students. We look forward to the events and learning ahead!

From my family to yours, have a safe and enjoyable Thanksgiving Break! 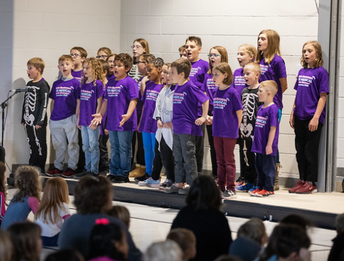 One of the iconic songs from the iconic musical West Side Story is Maria. The Sound of Music is an equally iconic Hollywood film and it too features a song called Maria, about the character immortalized by Julie Andrews. But another girl named Maria is the subject of a musical production staging this week at Cowles Montessori School, the only public Montessori school in Iowa.

We got a sneak peek at the dress rehearsal of Maria Montessori: The Musical on Wednesday afternoon before the show opened its brief run of two performances on Wednesday and Thursday evenings. The production is a great example of possibilities created by the new gym/performance space and music room at Cowles.

“Last spring, several Cowles teachers and I went to the American Montessori Society Conference in Washington, D.C.,” said Principal Todd Johnson. “There, we met Mark Woodward, the composer of Maria Montessori: The Musical. He and some students performed a shortened version of the show. When we returned from our trip, word got out quickly about the musical. Over the summer, we purchased the license to perform it.”

The show’s been in rehearsal since late September. Auditions were held and everyone who turned out made the cut. The cast consists of 60 students who range from kindergarten to 7th grade. And they bought in. At the dress rehearsal, every song was full-throated. After a number called Love of Learning, one singer in the front ranks who’d been belting with clenched fists had to wipe his brow while soaking up the applause from the student assembly audience.

Maria Montessori grew up in Italy, encouraged by her father to become a teacher, one of the few occupations then considered open to women. But she had other ideas. Not to become a musical theatrician. She wanted to be a doctor, as portrayed in the song The Anatomy Lab, which featured some cast members decked in skeleton costumes. Eventually she grew up to develop an educational curriculum that spread worldwide and still bears her name.

The show is a musical bio that recounts Maria’s story from childhood, a stage of her own life when she never could have guessed that children all over the world would be performing musical theater in her name a century and a half later.

It covers a lot of ground with a lot of sound – in less than 45 minutes!

View photos of DMPS coverage at of the musical at: https://www.dmschools.org/2019/11/cowles-stages-maria-montessori-musical-new-event-space/ 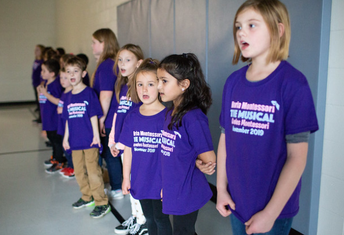 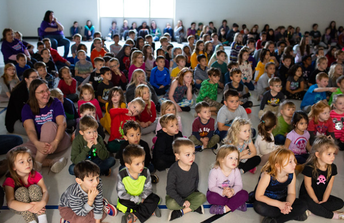 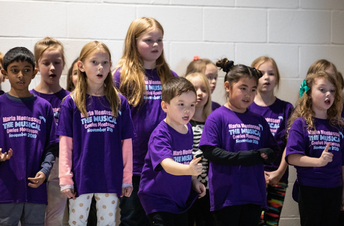 We are excited to announce the hiring of Emily Haines as our newest edition to the PrePrimary Team. Emily accepted the open Early Childhood Associate position for Cowles. She will transition to become the associate in Mrs. Mattes's classroom after Thanksgiving Break. She replaces Elena Spellman, who has been in the long-term substitute role for Cowles. We appreciate all that Elena has done for the students in the classroom, and she will be missed in her role on the Preprimary team. Please extend a warm Cowles welcome to Emily when you meet her. 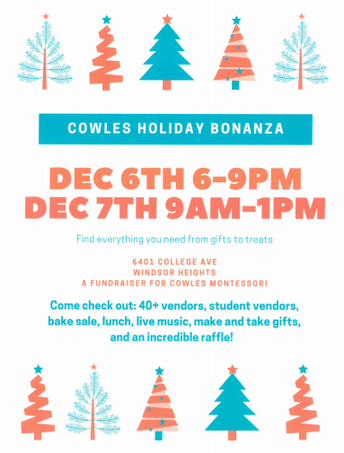 The organizers need your help with some items. Please see the SignUp Genius link to see how you can help. https://www.signupgenius.com/go/508044ea8af22a20-cowles8

Thanks for all you do to support Cowles! 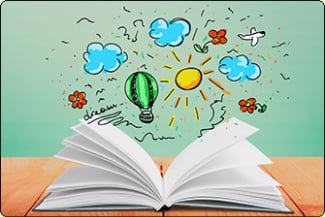 www.signupgenius.com
Are you interested in volunteering for the Cowles Montessori Book Fair? Then you're in the right place! The book fair is from December 2-6 and we'd love for you to join us! 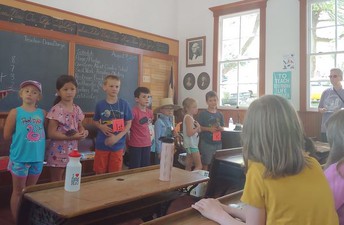 Todd is using Smore newsletters to spread the word online.