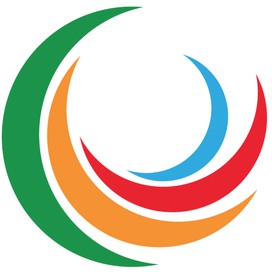 A dynamic IB World School in the beautiful New Territories of Hong Kong, providing a high-quality through-train education to students of all nationalities.

Get email updates from ICHK:

Reflecting on the effects of the pandemic on our community, I was put in mind of an essay by the great American psychologist William James, whose work, written in the late 19th and early 20th century remains absolutely fresh and vital.

In his essay "Habit," James, always a wonderful stylist, examines the pervasive role of routine, both of action and thought, in our lives, partly through a revealing vignette,

"In a railroad accident a menagerie-tiger, whose cage had broken open, is said to have emerged, but presently crept back again, as if too much bewildered by his new responsibilities, so that he was without difficulty secured."

I love this image and the lesson - or perhaps, the warning - it offers. We are all of us lodged in cages of our own design and, as James points out in his essay, we have a bittersweet relationship with the limits placed on us, both by ourselves and by others. "Men grown old in prison," he writes, "have asked to be readmitted being once set free." Which is to say that while the routines of our lives may be dull and repressive, the idea of freedom is far more terrifying!

As the return to campus begins to feel routine once more, I would offer the coming days and weeks as a prime moment for students and staff alike to consider some of their old habits and make conscious evaluations of whether or not they remain a force for good. There is much talk of a "new normal" emerging in a post-pandemic world, but little recognition of how this might be achieved, nor of how much more difficult a proposition it is likely to be than many seem to suppose. To quote James once more, "Already at the age of 25 you see a professional mannerism settling down on the young commercial traveller, on the young doctor, on the young minister, on the young councillor-at-law. You see the little lines of cleavage running through the character, the tricks of thought, the prejudices ... from which the man can by and by no more escape than his coat-sleeve can suddenly fall into a new set of folds."

How fortunate, then, for our students that they are not yet 25, and can still take a genuine role - intelligent and mindful - in generating the habits that come to define their approaches to life.

At ICHK we would draw attention to the shaping role that technologies play in this habit formation, in the guise of mental scripts that we have inherited from others, stereotyped interactions that we rehearse without thinking, unconscious biases built into our mental maps, pre-configured schemas that dictate our actions, and so on.

Once these technologies are in place, adopted from our family, our friends, our colleagues, and the media, they come to run all-but automatically. It is so much easier to fall into the patterned behaviour they promote, than to pause, step back a moment, and give our experiences and our responses to them careful thought.

Now, this can be a very positive thing, of course - provided the scripts and patterns and schemas are fit for purpose. But it can spell disaster (often a long, slow, gradual disaster) if they are not.

The pandemic forced us to change our habits, whether we liked it or not. Now, as we begin to emerge from its clutches, we are offered the possibility of erasing some bad habits once and for all, and of thoughtfully creating new ones in their place.

Does this seem a liberating or an overwhelming prospect? By way of encouragement, I will give William James two final words,

“The greatest discovery of any generation is that a human can alter his life by altering his attitude.”

Exams for our senior students have begun this week.

The IGCSE and IB programme of examinations is underway, and we wish all our Year 11s and 13s all the success they deserve.

They have been working incredibly hard, and we are proud of the way that they have embraced a growth mindset and demonstrated grit, tenacity, dedication and hard work in approaching their studies.

We wish them the very best of luck over the coming weeks.

University offers from all over the world have been made to our Year 13 students.

Students have been accepted onto courses in universities in the UK, America, Canada and Hong Kong. These include the Universities of Newcastle, Nottingham, Bath, Manchester, Toronto, Edinburgh and the Hong Kong University of Science and Technology.

Our Year 13 students have worked tremendously hard over the past two years and have continued to apply themselves maturely and sensibly in the wake of ongoing disruption and challenges.

We have been delighted to see the range of courses and institutions that will be welcoming them later this year.

Year 12 Psychology students have been engaging in a variety of activities and experiments as part of a study into cognitive biases.

The students have run a series of experiments with teachers and students to help them advance their learning.

They were split into groups and asked to create videos in the form of public service announcements about cognitive biases.

In the films, they also shared their learning about system 1 and system 2 that we use to make decisions.

We are very pleased to share the videos they have produced, all of which share valuable insights and information.

We hope you enjoy watching them, and we commend all the students on their hard work.

NB: Please note that the "fire alarm" that features in one of the films was, in fact, part of our system's annual safety check to ensure that it is fully functioning. The test had been announced in advance to the on-campus community, which is why no one reacts to it!

Liz, May, Ashley and Siobhan

A new Deep History course will be unveiled to our youngest students from next term.

As part of our ongoing work to refine our approaches and curricula, we have reviewed our existing Big History course.

Whilst a large part of the content will remain, we have adapted the course to introduce students to key points during the sweep of cosmic history, giving them a better understanding of where we find ourselves now.

The course is designed to sketch out aspects of physics, chemistry and biology, cosmology and astronomy, geology and anthropology, to explain what happened before as well as after homo sapiens became prevalent on Earth.

Taken together with Human Technologies, it offers the perfect framework within which to approach a more informed and situated appreciation of the factors influencing contemporary global society.

The course is part of a unique and stimulating curriculum that has been developed for our lower school students, which emphasizes our school's commitment, through the 5+1 model, to the work of educational theorist Kieran Egan. This states that children slowly climb through five different ecological zones as they journey to adulthood. In each zone, they come to understand the world in different ways.

As students move from primary to secondary, they shift into a newly configured experience of what Egan terms the 'Romantic' phase, which gradually morphs, during Year 8 and especially Year 9 into the ‘Philosophic’ phase.

Deep History is aimed at engaging our youngest students, as they strengthen and consolidate their romantic disposition towards cognitive activities, and begin to establish a more philosophic engagement with knowledge.

With this course, ICHK continues to evolve the school experience, pushing the boundaries and expectations with regards to what secondary education should offer young people, and ensuring that it best prepares our students for the years ahead.

We would like to draw your attention to the growing selection of parent resources on our school website.

A dedicated section has been developed over the past year, to share videos, presentations and guides for parents.

As part of our commitment to community learning, the section will be regularly updated with educational and informative resources, all aimed at helping parents to navigate some of the challenges they may face.

A series of videos, presentations, suggestions for reading and articles have been added, along with the four recent Zoom interview panels recorded at school. These contain invaluable advice and guidance for parents on a range of subjects including well-being, examinations, aspects of our 5+1 pastoral model and the importance of getting outdoors.

We encourage you to visit the pages, which can be found HERE, or via the button below.

Innovations from ICHK were shared with educators in Washington State, USA, this week.

Director of Technology and Assessment Ross Parker was contacted to run a professional development session for staff at the Ocean Beach School District.

It followed his recent appearances on the ‘The Peg Doesn't Fit’ podcast and the Check It Out show.

Ross ran a presentation for staff in which he introduced them to the approaches and innovations that have been developed at ICHK, including Human Technologies, 5+1 and Free Learning.

It focused on an approach to education, which provides a meaningful alternative to the current educational discourse that emphasizes high stakes testing and ranking, in secondary and tertiary education.

Ideas were shared and emerging topics in education discussed.

We are hugely encouraged by the interest professional colleagues from across the world are taking in the innovations developed at ICHK.

Problem of the Week: Twos Challenge

It Looks the Same Solution 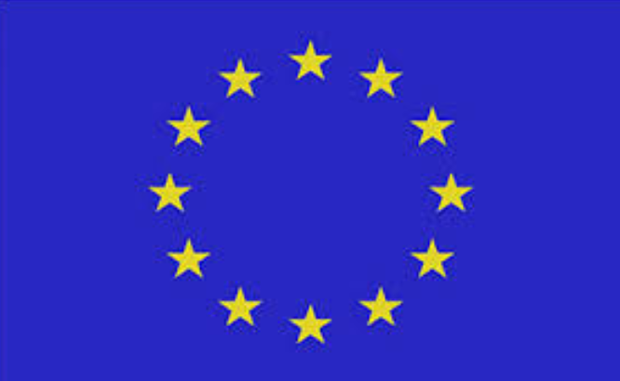 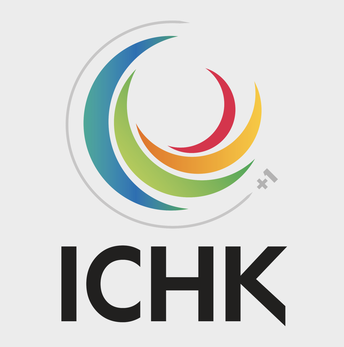 Facebook @ICHK_Secondary
ICHK is a school which is proud to embrace innovation in learning and a unique and stimulating curriculum has been developed for students. Our campus is located in a stunning location, providing unrivalled opportunities for outdoor learning.
International College Hong Kong (nt), Hong Kong info@ichk.edu.hk +(852) 2655-9018 ichk.edu.hk/

A dynamic IB World School in the beautiful New Territories of Hong Kong, providing a high-quality through-train education to students of all nationalities.