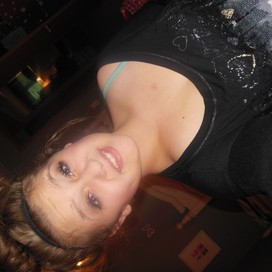 The Question Everyone Seems To have

The Question Everyone Seems To have


Lots of people have a Different Standing point on who they think should get credit for discovering america. All Kinds of English men claim that they were the first ones to discover america. Starting with Bernard the bold all the way to Chief Howling Wind, I am here to finally set the facts straight and answer the Question . “ Who Discovered America” .

I believe that Chief Howling Wind and the native Americans that came with him on his expedition should get the credit for discovering america. Chief howling wind and the thousands of native Americans first came to america across beringia. They traveled across the frozen land in hopes to find a new place to settle. Chief Howling wind did intact create settlement with the native Americans that came to The New Word with him . By the time All the other English men came they were spread out across the land from the west coast the the east coast. Also, Chief howling wind came to america 15,000 years before Christopher Columbus came. The other English men that came to the new world, just kinda pushed Chief howling wind and his men aside because they were racist and they had more equipment than the Native tribes did. They were just pushed aside as they watched the six other people come to the new world and claim it as their own .

Chief And Another Chief

I do not think that Christopher Columbus should be the man to get credit for discovering america. He did a lot of thing to the Indians that he should not have done in the first place and it was all for greed. First of all Christopher Columbus was the last one to sail to The new world and claim that it was his out of Six Men . Also when he did sail here he did not even mean to come to America, he got lost on his way to Asia and ended up in the Caribbean Islands. Christopher Columbus did a lot of things that I think we should take a closer look at and really take it in. When Christopher Columbus found the Caribbean Islands he was on a mission to bring gold back to the King and Queen at the time. When he found the island he got off and put a flag in the sand in the land. But the problem was that the Tianos have already claimed this land, Christopher Columbus wanted gold. He demanded them to give him gold. The Tianos tried to explain that they did not have any Columbus left. Several Years latter he came back with many more men and boats. He was out of blood this time. He killed men that did not bring him what he wanted. He took People captive and shipped them back to England to be sold as slaves. Christopher Columbus alone wiped out half of the TIanos Population. They latter died from a disease some of the English men borough with them. Christopher Columbus did start the colonization of many people but he ripped away the title from the Tianos.

Arriving at The New World

Altho other people may think that Brendan should get credit for discovering America I on the other hand do not think so. There were other people that came to America before Brendan and there are books and evidence that says so as well. Brendan was also no specifically looking for the new land that the other English men were looking for he was just trying to look for paradise in a new area nothing specific. When he first came he was by himself, he just had the open sea and a little wooden framed boat. Brendan did find an Island and it is named after him but the island is not America. After he found the island, he did get a bigger boat and set out with more people and tried to start a civilization but that did not last for long. 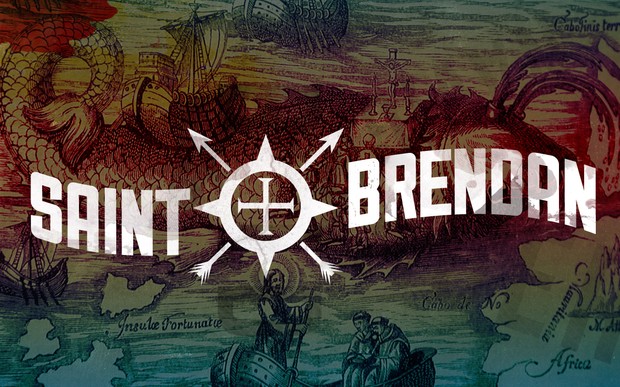 Prince Madoc of Wales, in my opinion is one of the last people that should get credit for discovering America. First of all, he only left his country for selfish reasons. Prince Madoc did not want to be the next person in line for the thrown. So he decided to drop everything and leave with out any notice. Prince madoc did take people with him and ten boats. He was not looking for any specific place he was just looking for someone to get away from his problems. He did find what is now the Mississippi Rive, and sail up it with his ten ships. But he was murdered by the Native Americans that were there. So there is proven facts that the native American's were infact there before he was, So he has no right to say that he was the discoverer of America.

one of His Ships

I think that Bjarni is just a shallow and shady person and he has no right to be named the person who Discovered America. For one he bought Leif Errickson's Boat and took his notes that he used to sail to the new world. Leif found America before Bjarni, and he is just trying to steal his work and take all the credit for himself. Yes bjarni was blown off course but he found his way back on and continued to retrace Leifs Steeps. He did no work for himself and that is why he dose not deserve to be the person who discovered America. 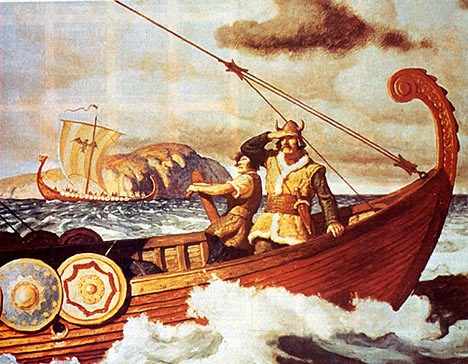 Follow Taylor Wallenkamp
Contact Taylor Wallenkamp
Embed code is for website/blog and not email. To embed your newsletter in a Mass Notification System, click HERE to see how or reach out to support@smore.com
close