Theme: Still Blue for a Reason 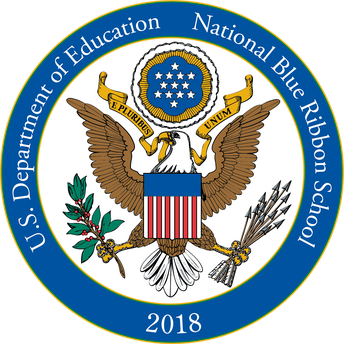 Excellence, leadership and empowerment are standard.

All of us are nurtured, guided and supported to become our best.

Nothing is too difficult, costly or taxing to keep us from reaching our destination.

Sailing with the winds of a growth mindset, Beacons change the world.

Now that we're in the thick of things, many teachers want to provide additional materials for their students' learning experience. Students participating in the hybrid model will have a chance to collect books or added supplies next week. If your child is participating in the Virtual Academy, your child's teacher will give specific details about the pick-up process. Please note the 24th and 25th will be from 2:15 to 3:30. Your VA teacher will contact you if this is the date they will utilize. 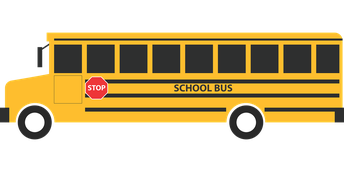 Move That Bus! No, Really Move It!

She just stood there in the doorway, looking out as if she was hypnotized. Riding the bus was a lifelong dream of my youngest five year old daughter. She had watched her brother and sister do it. So of course, like most members of the "baby-club" she wanted to claim every experience. We tried to convince her that riding the bus was not for the faint of heart, but she just wouldn't listen. My daughter, Lilli, would best be described as an independent thinker. Additionally, she was not a morning person appearing at times, almost grumpy. So when she said she would be riding the bus to the same location/school where I worked, part of me was secretly relieved. I envisioned a very long and painful ride to work each day.

Finally, the first day of school arrived and my baby took one small step for man and one giant leap of independence. It was a customary tradition that during the first week of school, my husband would take the time off to help us get ready for a new school year. This was long before text messages, group chats, and Google. Every night was an event in the planning of military proportion, and every morning was like the "rush to the airport" scene from "Home Alone." In our house, we still haven't found Kevin.

So riding the bus was a rite of passage and my daughter, Lilli was always dramatic and hyperbolic in the regular and mundane events of life. I wasn't there, I had already headed to work at school, but my husband's account was crystal. They held hands as they stood on the side of the rode. My husband recalls that one of Lilli's feet could not stand still. The level of excitement and energy could not be contained in the exuberance of a five-year-old. They could hear the bus coming before they could see it. While still holding her father's hand, Lilli's leg went into a tailspin. The roar of the bus got louder as it raced towards them. Occasionally, they heard the screech of brakes making stops for other children and Lilli's excitement was near explosion. They finally saw the bus. It halted. Lilli looked up at her father, took a deep breath, marched toward the bus, and never looked back. The tiny bobble of an afro-puff danced along the window-line until Lilli found a seat. Then and only then, did she give her father a little wave. Her dream had come true.

My husband waited by the side of the road for his daughter. He had already prepared a little snack for her as he knew she would be exhausted. The bus finally arrived and Lilli disembarked from the Big Yella Fella. Her father grabbed her hand and they walked home.

She sat in front of her snack and her father joined her at the table. It was quiet for a moment, as it had been on the journey home; then Lilli spoke, "I don't EVER want the ride the bus again. The bus was squishy, funky, and loud. Tomorrow, I'll ride with Mama."

The next morning, I found a bright-eyed, cooperative and pleasant passenger ready to accompany me to school- as I would for the next six years.

Riding the bus is like "the struggle", real. It is an exercise in resiliency, problem-solving, and collaboration. While it may be squishy, funky, and loud, it can also be exciting, invigorating, and fun. Some of my most interesting conversations with Beacons involve their accounts of discussions or events while riding the school bus. Who would win in a fight between Captain America and Wonder Woman?

Our entry back into civilization (school) has not been without its bumps, twists, and turns in the road. Between learning the difference between Cohort A and Cohort B, no one knows if we're coming or going. We searched for a Beacon for many minutes because her sister was upset that she wasn't on the bus, only to find out that unlike her sister, the older sister was scheduled to stay all day. We are constantly working to respond to revisions, transportation changes, and schedule changes. We apologize for the angst that might have caused you. It's not something we are proud of or want to pursue. We are all adjusting to a new way of life and ever-changing protocols. We want every child to be safe and get to school or home as quickly as possible.

Years later, Lilli would return to bus-riding status as a middle school student. She shared one day early in the school year that riding on the school bus wasn't as awful as she thought. In fact, she seemed to enjoy it. Change is always difficult at first. We struggle with it because of its ability to bring on fear of the uncertain and new. Right now, we are all riding on the Big Yella Fella.

Our district will continue the school-based hybrid instructional model for an additional two-week cycle starting on October 5th through October 16th.

COVID-19 data metrics for Dorchester County released by DHEC on September 21st show that the county continues to be classified as having “medium recent disease activity” based on an average of incidence rate, trend in incident rate, and percent positive rate.

Following the district disease monitoring plan shared with staff and parents in August, schools will continue to follow the school-based hybrid instructional model continuing on Monday, October 5 for an additional two-week cycle.

The school district will continue to monitor the level of disease activity in our county for any shifts that may occur in the current metrics that would require changes in the learning models in order to protect the health and safety of our students, staff, and community. We will make future announcements as needed.

Please be reminded that any shift in the school-based instructional model does not affect students enrolled in the Virtual Academy. Virtual Academy students will continue to follow their online learning schedules.

The school district encourages families to visit the Back to School web pages at www.ddtwo.org/backtoschool that has information on district instructional including the hybrid model along with other important information on school operations.

This Year's Theme is I Matter Because...

The annual Reflections theme is created by a student and selected two years in advance through our annual theme search contest. This year’s theme was submitted by a then 1st grader, Rylee Stier, who drew inspiration from her town being impacted by the CA wildfires of 2018.

With the call for meaningful steps to dismantle structural racism, this theme provides new meaning and an opportunity to engage and elevate the voices of students of color. This is a priority, now more than ever, and National PTA is committed to standing behind our beliefs and mission to make every child’s potential a reality. Watch this special message from National PTA related to this year's theme I Matter Because...

Starting Monday, September 28th we will use a new procedures for car rider lines. Please note the following:
Nautical Necessities for Families 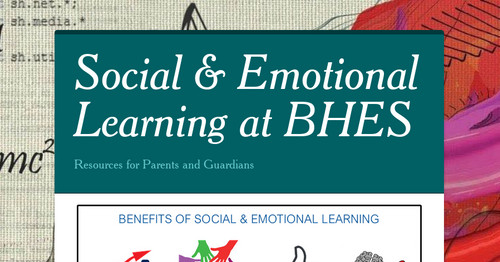 SEL For Parents and Guardians

www.smore.com
SEL For Parents and Guardians - Social and Emotional Resources and Updates from Beech Hill by Tammy Masopust | This newsletter was created with Smore, an online tool for creating beautiful newsletters for individual educators, schools and districts 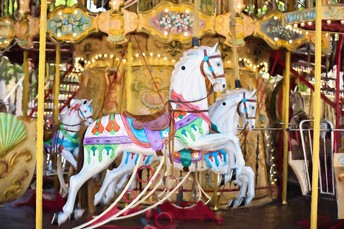 This year’s Career Carousel will be held virtually on Friday October 9th with our students accessing a library of career videos. To make this possible we need your help if you are able/willing to record a 5-10 minute video showing/describing your career. Please email videos to James Helton at jamhelton@dorchester2.k12.sc.us by Friday, October 2nd so he can compile them in a database for our students. Thank you so much for your participation in this year’s Carousel!

Peek of the Week (Too many cute pictures to picked one!)

Check out our first day of school, round 2, hybrid model! 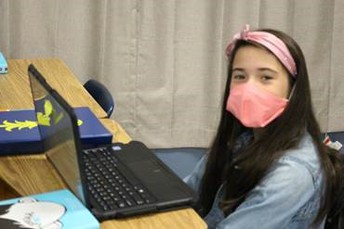 Hard at work during hybrid

This fifth grade Beacon is not masking her excitement for being back in school. 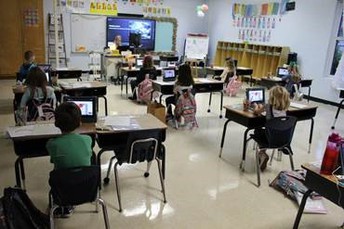 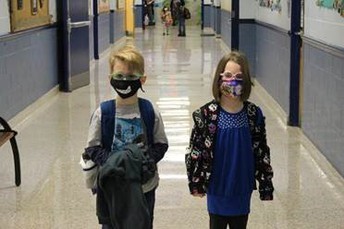 These twins are safely walking the halls of Beech Hill headed for bright and shining day.

From Your Beacon PTA

As we all know, this school year looks much different than normal! But as we expected, our Beacon families have remained resilient, supportive and focused on our motto, “Blue For a Reason”! When we all work together and remain positive and hopeful for better days to come, our vision becomes clear, and we can SHINE on! We hope you will join our PTA this year, and if you feel compelled to make a donation to the PTA, your generosity will be greatly appreciated. Any amount helps us provide much needed items and experiences for our teachers and students. Thank you for everything you do! 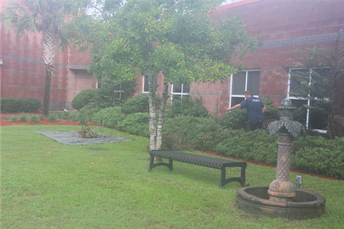 The hedges were crowded with no place to see.

We worried 'bout critters and woes of safety. 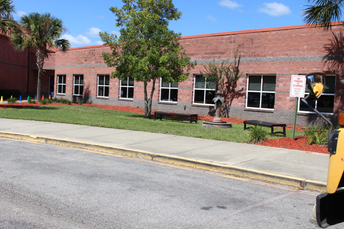 But now it's all better, we wiped the slate clean.

We hope you can help us with a new decorative gleam. 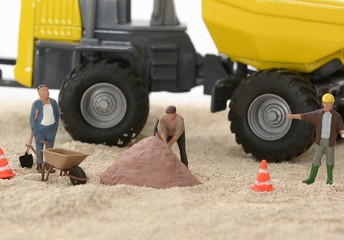 Now, you can help out! Do you have a green thumb or a vision to beautify this space?
Embed code is for website/blog and not email. To embed your newsletter in a Mass Notification System, click HERE to see how or reach out to support@smore.com
close
Powered by Smore
Powered by Smore