Douglas is using Smore newsletters to spread the word online.

Get email updates from Douglas: 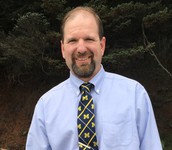 Homer High is a great school and I have the data to prove it. We are one of the top performing schools in Alaska with PEAKS, graduation rate, AP and SAT scores.

The new State Of Alaska Index scores have come out and we scored 64.65. We are still looking at what this means, but this one of the higher scores for high schools in the state. You can go to the link below to see the scores for yourself.

I have included some data below so you can see how our students compare in Alaska. While we do well, we are always looking for ways to improve. This year we have two school improvement goals. The first is to have 90% or more of our freshmen get all 6 credits during their Freshman year. Students who get all their credits their freshman year are much more likely to graduate than students who don't.

If you would like to make a suggestion or give input on either of our school goals this year, you can e-mail me at dwaclawski@kpbsd.k12.ak.us. I am always interested in what our parents have to say. All of our goals are presented and approved by our site council. 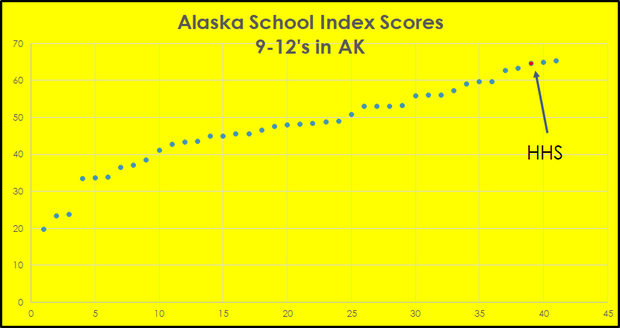 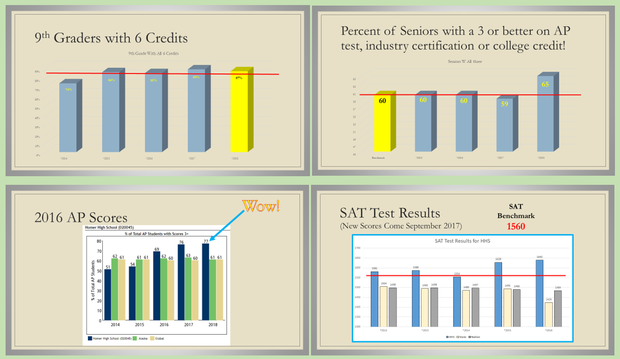 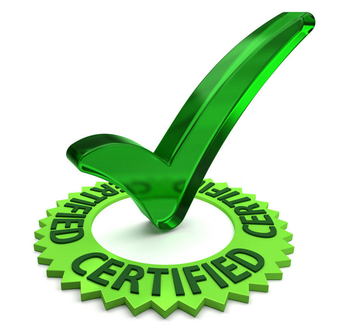 We need your help! Having parents fill out this survey will help our school get accredited with Advanc-Ed. It has been five years since we were accredited last and we need to work through the process again.

Accreditation helps our school and our students. Colleges will accept our transcripts so students have an easier time with college applications. Without accreditation, students would only be able to use their test scores for college admittance. The school also gets some great information on what we are doing well and what we should improve on.

Please click the link below and take the survey. We need as many parents as possible to take this survey and tell us what you like and what you would like to see improved.

We will be eternally grateful, or at least for five years until we have to start the process once again. 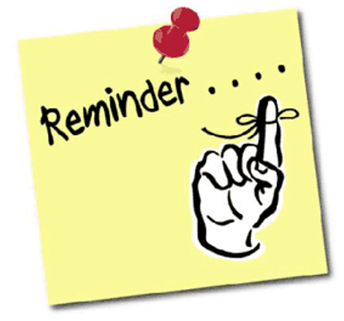 We are trying to improve communications with students and families by periodically broadcasting announcements (i.e. registration deadlines, college visitors, etc.) that appear as alerts on your phone. Signing up is simple. Just text the following to the number 81010: 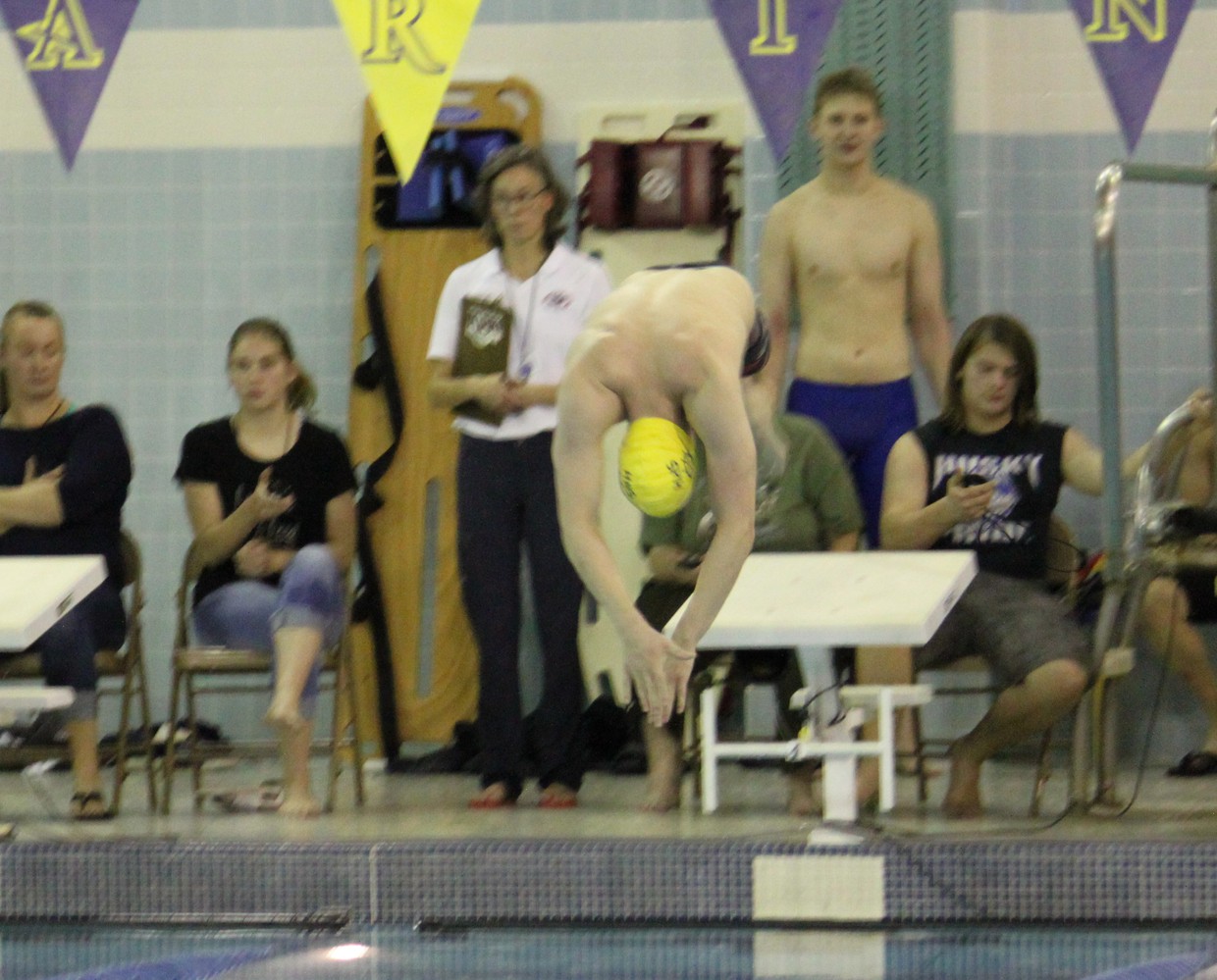 The Homer Swim teams continue to improve. This year the girls earned 3rd and the boys earned 4th at regions. Homer will send a large group of swimmers to state at Bartlett on November 2nd and 3rd. Good work, Mariners. 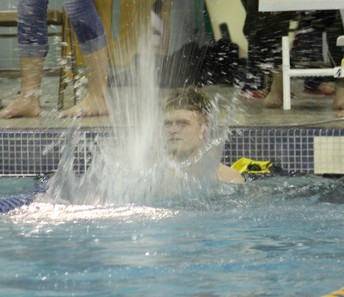 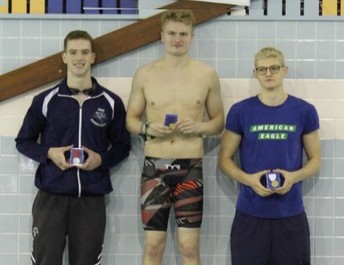 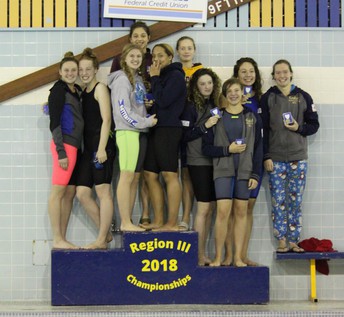 Nov 22 and 23--No school--Thanksgiving holiday

Congratulations to the following students for being chosen as All-State Music honorees for 2018. These students are the best in choir or band. This takes intense practice, dedication and a lot of talent. Great work! 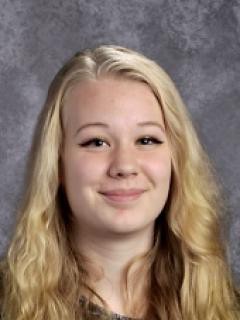 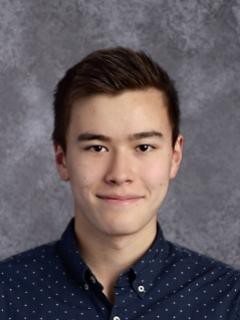 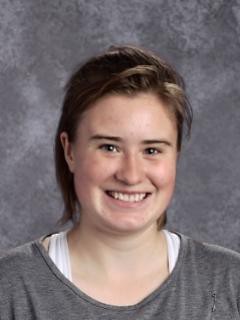 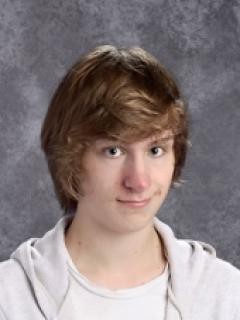 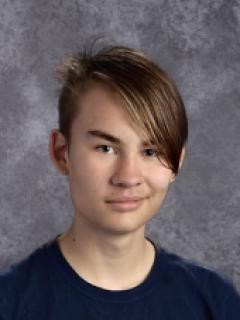 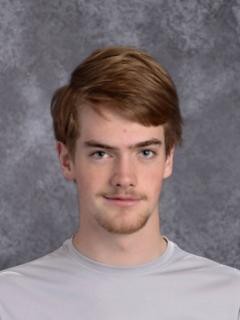 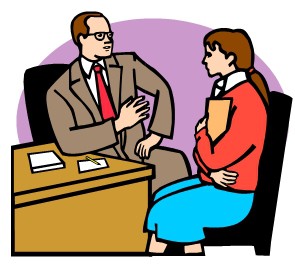 Lots of things are going on in the Counseling Office this month:

ACT & SAT registration deadlines, college visits and the ASVAB administration among other important things are coming up. Additionally, college applications, especially those for out-of-state schools, should be completed ASAP in order to receive the maximum financial aid.

ACT and SAT both have cut-off dates for registering. Be sure your student meets these timelines. Students who receive free or reduced lunch can request a waiver from their counselor.


The ASVAB (Armed Services Vocational Aptitude Battery) is an excellent test of abilities for any students who is interested in a vocational career, as opposed to a four-year college degree. This test, which is required for military job placement, is a unique test of aptitude—where a student’s skills lie, rather than what he/she likes or hopes to do. This test is free for everyone and provides excellent feedback.

All currently enrolled students who are attending year-long classes will automatically be enrolled in the second semester of that class unless we are informed otherwise. Many students will be completing a semester of an elective which they wish to replace with another semester-long class. Counselors have been visiting classrooms to find out students’ preferences but please urge your student(s) to come to the Counseling Office to notify us of desired changes to their schedule. 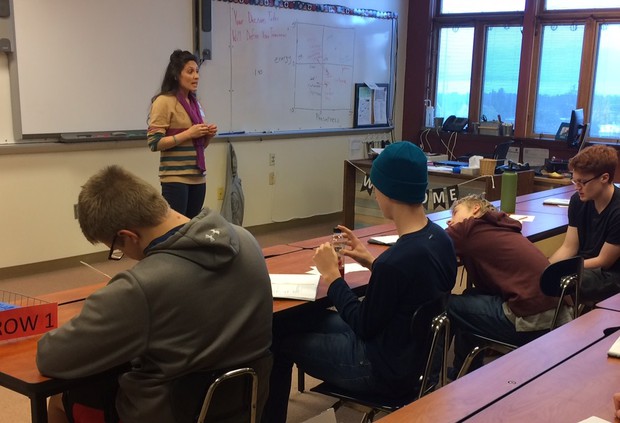 Thanks to everyone who presented during Career Day at HHS. We appreciate your effort and dedication and we got lots of positive feedback from students.

In the pictures below we had presentations from SPH about a career in Physical Therapy and a presentation on the legislature from Paul Seaton. 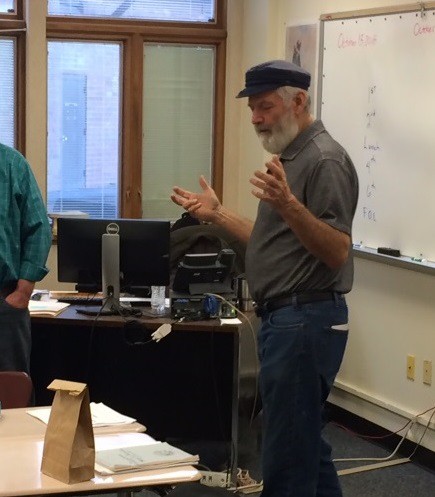 Want to know what is going on at HHS?

Sometimes things change at the last moment and we can't call everyone. If you want the most up-to-date event schedules, start times, scores and last minute changes, like us on Facebook. Go to https://www.facebook.com/HomerHS/ and be sure to follow us. This is the most efficient way for HHS to post last minute details, school closures and more. We also post lots of the cool things our students are doing. 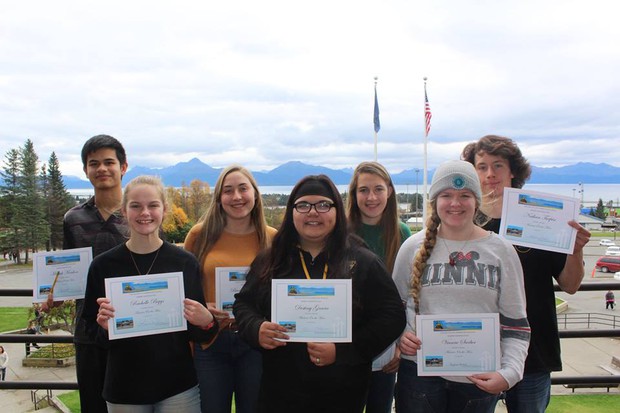 Mariners On the Move

Each Homer High faculty member selects one outstanding student per year based on scholarship and character. Honorees, their families and the nominating teachers attended a October 9th celebration catered by the HHS Culinary Arts class. First quarter winners were (pictured left to right):

It’s no secret that salmon runs in the the Gulf of Alaska have been hitting new lows this year, with most salmon returns being down from last year, and there even being a request for a disaster declaration on the issue. With commercial fishing being such a huge way of life for many Alaskans, this raises the question of how this year affected commercial fishing in the Gulf Alaska.

With this past decade being far below average in salmon counts in Cook Inlet, Kodiak and Prince William Sound fisheries. Jake Nelson, a fisherman in the Prince William Sound area, confirmed it was a below average year with there being a lot of down time, and fewer openings. With less salmon however, there was a higher demand for it driving the prices up, evening it out according to Jake. “It was definitely a down year but we still made a season out of it.”

In Cook Inlet however, it was a different story, Tad Russell, a commercial fisherman of the area for 8 years says it was the worst season he has ever seen. Earlier this year, Tad and a group of other commercial fishermen from cook inlet met with Alaska Governor Bill Walker and Commissioner of Fish and Game Ted Cotton, to see what could be done about their situation. With the only help being a reprieve for their loans on their boats for the year, and there is a possibility of a disaster declaration going into effect for commercial fishing in cook inlet, similar to others in affect around the Gulf of Alaska, but nothing is for certain. As far as the fishing season goes, Tad thinks there needs to be many changes in policy regarding the fishing season, like lowering the escapement, by allowing fewer fish to spawn, or possibly extending the season.

One of the more controversial issues involving the salmon run is how commercial and sport recreational fishermen are regulated during the season. Numerous times during the season the commercial fishermen of cook inlet were shut down until there was enough escapement up the Kenai River but recreational fishing was still allowed to continue, giving them the priority. Tad said its a political issue: the idea to appeal to the majority of voters even if they are just as much of the problem.“Everyone needs to share the burden, if one group can’t fish, then no one should fish”

The future for commercial salmon fishing in South Central Alaska appears uncertain, but if this year anything, it’s that something needs to be done in regards to commercial fishing, according to those who out on the water. 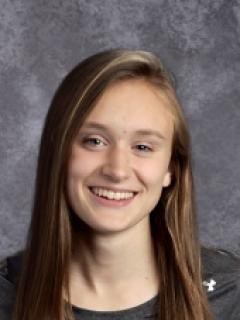 With the 2018 Homer Mariner Cross Country season ending at the state championship meet September 29 and 30, both the girls and the boys team returned with 3rd place overall team finishes. Luciano Fasulo lead the boys, placing 7th overall, and Autumn Daigle lead the girls team, placing 2nd overall out of 20 teams.

For Autumn Daigle, the team’s positive attitude, desire to improve and great leadership have encourage the team success. Autumn described how the coaches have implemented “the science of running” into their practices to increase everyone’s ability to perform.

Daigle also said, “my teammates all encouraged each other to be healthy, such as drinking lots of water.” The team uses a group chat to remind each other to drink water and to communicate about upcoming events.

What lessons Daigle can take away from her time on the cross country team is learning how to work hard, show up and how to deal with adversity.

Both teams are looking forward to continued success in the future. Given the teams expected low turnover rate, Daigle says that a goal for next year would be second at a state. 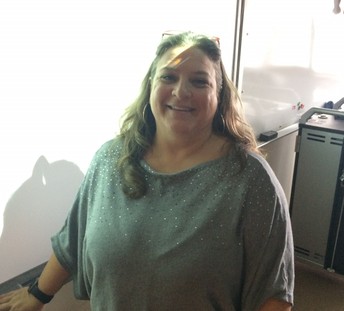 As many of the students in Homer High know, there has been an influx of new arrivals at the school, teachers and students alike. One of the new teachers is Ms. Ciccarone, a language arts teacher. Students in her creative writing class are exploring literature through a different point of view than they have previously, the literal deconstruction of novels. They are cutting, burning, and ripping apart the books. Then they use the words and pages to create new art of their own.

Ms. Ciccarone did the same to her career. Her position in the education system in Gilbert, Arizona was very poor. She informed me, “They don’t pay teachers well. Classrooms are not fully funded… Senators own charter schools and write laws to help charter schools and not public schools.”

It is “Charter school mania” as she puts it. So, when she found Homer High School, she was very excited to apply. “I found Homer High School on Facebook, and I emailed the principal. He said there wasn’t any openings at the time.” A few months later, in May of last school year, Mr. Waclawski contacted her again, offering an interview for a new opening.

She deconstructed what she had established at her old teaching position, but she is in the process of “rebuilding the relationships with kids and teachers, and staying for the long haul.” She is using the 30 years of living and 12 years of teaching in Arizona to bring new art to Homer. A large part of the art that she brings is a “family atmosphere, letting people know that I’m pretty nice, pretty fun. You learn a lot, you laugh a lot.”

Now that she has begun the next chapter of her career she is bringing her actual family to Alaska to enjoy the great state with her. She is prepared to finish her novel in Homer. She finished her interview by saying, “I want to spend the rest of my teaching career here.”

Douglas is using Smore newsletters to spread the word online.

Follow Douglas Waclawski
Contact Douglas Waclawski
Embed code is for website/blog and not email. To embed your newsletter in a Mass Notification System, click HERE to see how or reach out to support@smore.com
close