There is a new science teacher in town by the name of Valerie Currais. She teaches periods 1, 2, 4, and 8 of sixth grade science and period 7 seventh grade STEAM. She has taught at Collier Middle School in Marlboro Township and at the Rafael Hernandez School in Newark. She has always wanted to be a teacher since she was six years old, and this will be her fifth year as a teacher. Her favorite parts about Central so far are how helpful the teachers are, how excited the students are to learn, and that she gets her own office. Her favorite thing about teaching is that it is never boring. Her ideal student is someone who is always curious but knows how to joke around. The students at her old schools were “quite the jokesters."

Mrs. Currais enjoys things like fitness, dancing, swimming, running, and watching sports, especially football. Her favorite book is The Great Gatsby by F. Scott Fitzgerald, and her favorite color is blue. She likes the season of fall and traveling with friends and family. She has 3 sisters and is married. In college, she was a tour guide, a lifeguard, and a camp counselor. Her favorite song is "Dancing in the Moonlight" by Toploader, and tacos are her favorite food. She is a dog person and likes the breed Bernese Mountain Dog. She is a great teacher and all around person! 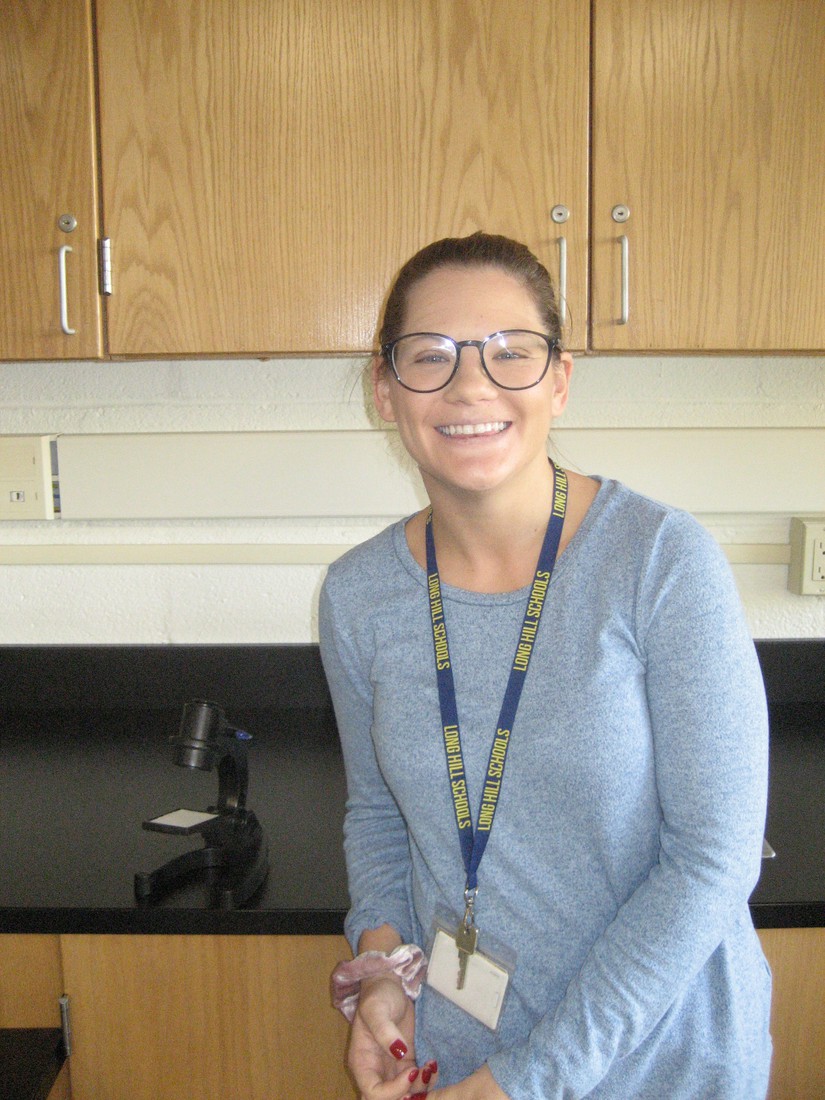 A New Nurse At Central

Ms. Bissett graduated from Marymount College of Fordham University. She has been a nurse for 10 years with a variety of experiences. Before coming to Central, Ms. Bissett was a nurse in North Plainfield, Middlesex, and Hillsborough Middle schoosls. She also worked as a nurse at Robert Wood Johnson University Hospital and Matheny Children Hospital. The reason she came to Central is because it is close to her home, and she loves working with middle school students. Ms. Bissett added, "There is a sense of community in Long Hill, too." When asked why she became a nurse, Ms. Bissett answered, "We’re on this Earth to take care of each other, and I love taking care of things, people, and dogs! Also, working with kids is like going to camp … never a bad day!"

Ms. Bissett is doing an amazing job helping sick and injured students. She is a wonderful nurse and great at doing her job. She is taking care of people very well and does it all with a smiling face. 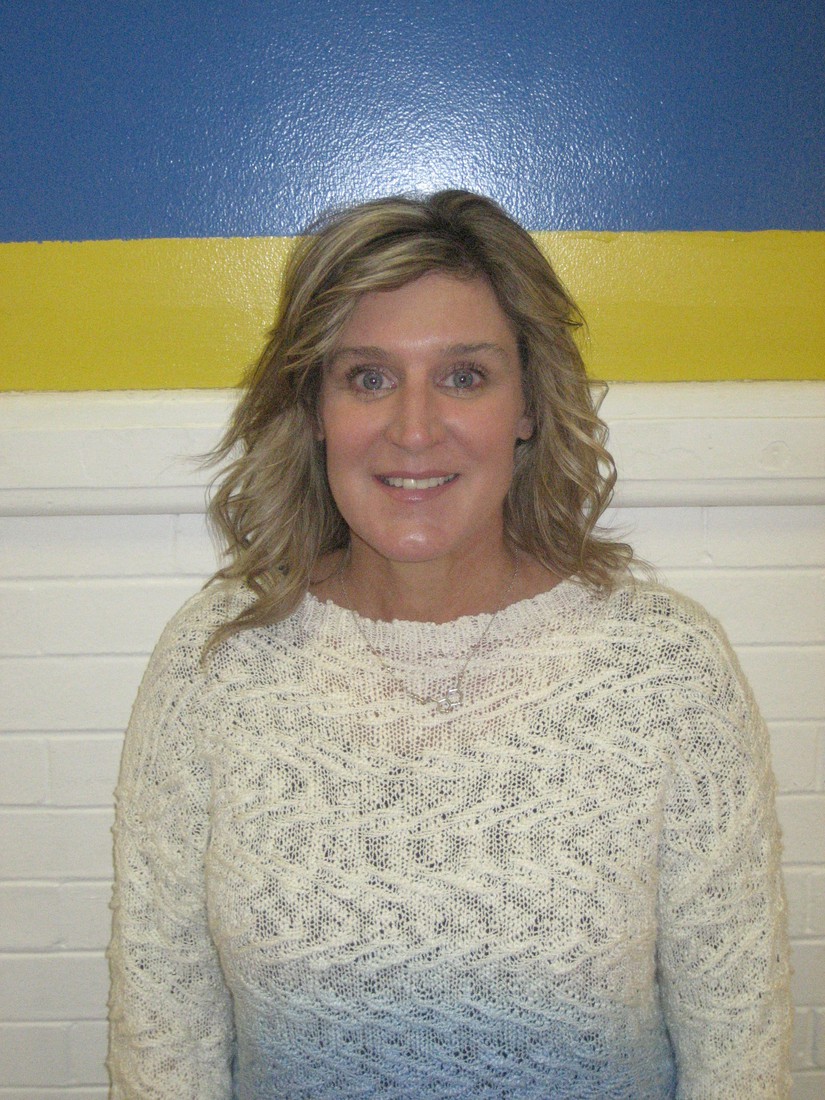 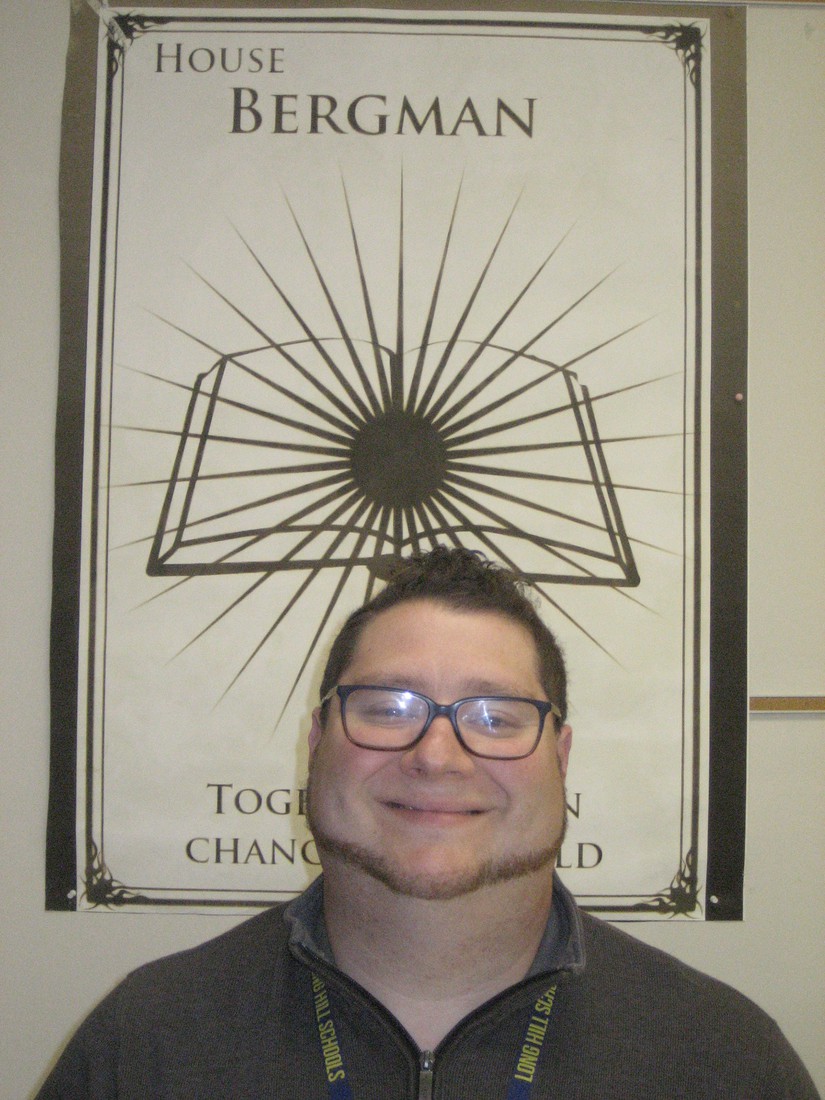 A New Gym Teacher At Central

Many CMS students have probably met and been taught by the new gym teacher, Mr. Handler. Mr. Handler teaches physical education and health to 6th, 7th, and 8th graders. So far he really likes Central and his favorite thing about it is the staff and students. When asked what he likes most about being a gym teacher, he responded that he enjoyed being able to see and know all the students in a school. He likes that he can build relationships with the students and watch them grow. This is Mr. Handler’s 5th year teaching. Before his time here, he taught at the Timber Grove Elementary School in Maryland for 4 years. College/university-wise, he attended Town University for 4 years, and received his Masters’ Degree at the American College of Education. Overall, Mr. Handler has been a wonderful addition to Central Middle School and everyone is looking forward to being taught by him throughout the rest of the year. 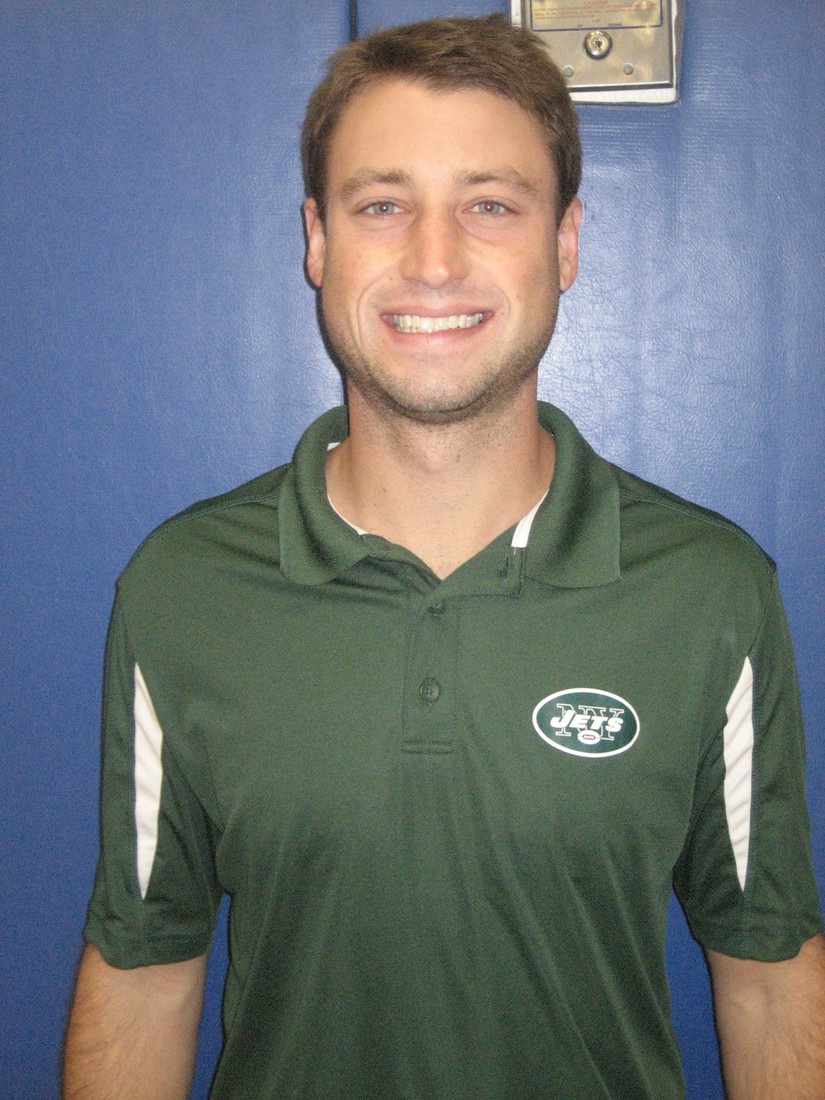 On Tuesday, October 8th, Central School hosted the School Consortium of New Jersey's annual chess tournament. Chess players came from seven other schools, including Delbarton, Newark Academy, Oratory Prep, Morristown Beard, Ridgedale, and the Peck school. Each student played five matches, and received two points for each win, one point for each tie, and no points for a loss. The three schools with the most overall points (in order of greatest to least amount of points) were Morristown Beard, Newark Academy and Delbarton. Everyone received a ribbon for participating and had a lot of fun playing chess. 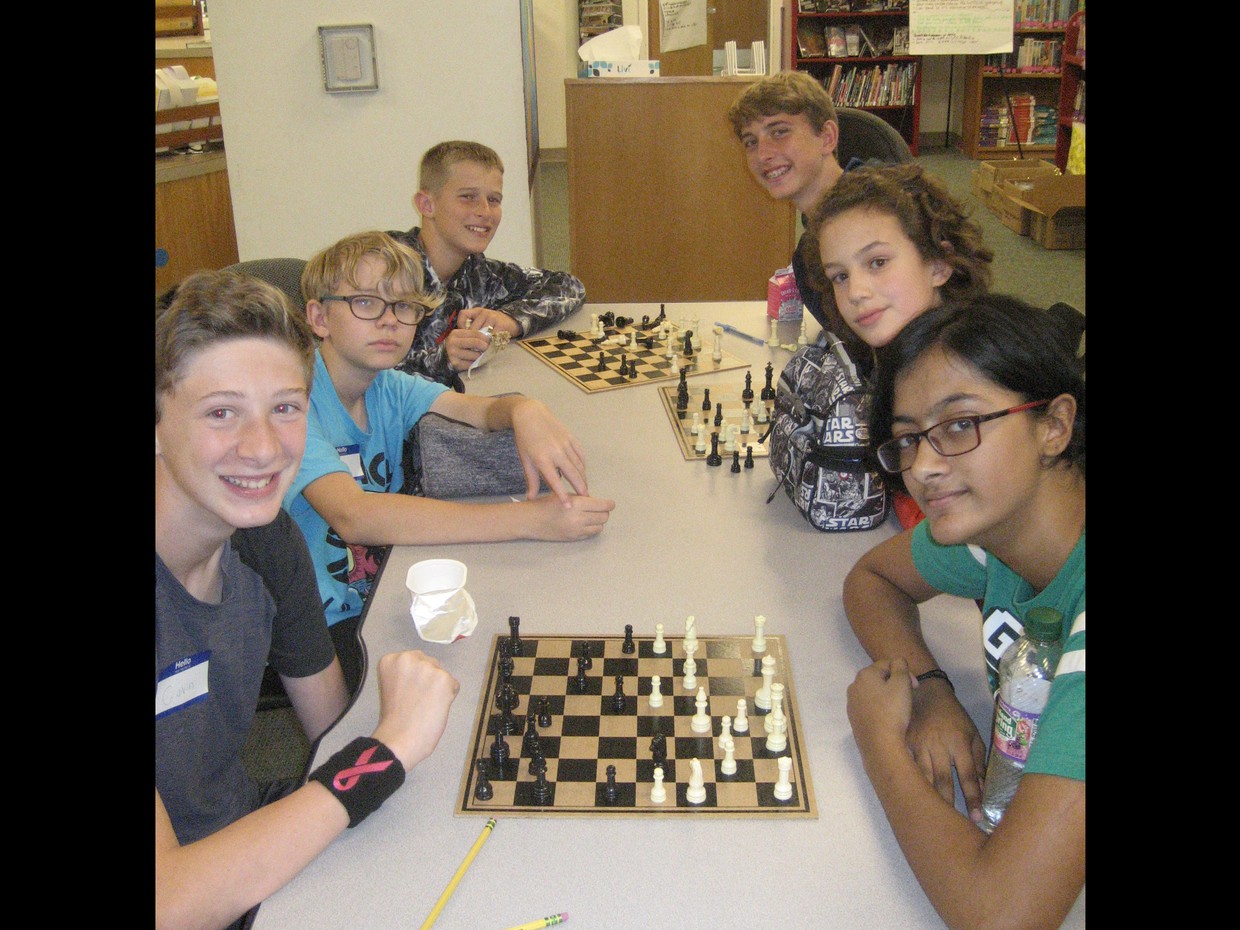 This year’s boys' soccer team has had a very good season coached by Mr. Lisbona. The eighth graders on the team are: Zach Anderson #13, Gavin Eggers #4, Alex Kotar #6, Steven Lisbona (Kepper) # 7, Mason Moran #17, Marco PIncay #22, and Sebastian Viegas #5. The seventh graders on the team are: Ryan Higgins #1, Byron McCann #15, Nick Mendes # 11, and Taithn Stanard #19. The sixth graders on the team are: Jake Cooke #28, Kyle Cooke (Backup Keeper) #21, Calo Duarte #10, Lucas Ferreira #14, Owen Miller #23, Cody Pritzlaff #3, Landon Pudlak #18, and Alexi Scott #16. The captains are Alex Kotar and Steven Lisbona, and the co-Captains are Zachary Anderson and Mason Moran. Although the team is mostly made up of sixth graders, the team is very strong and has secured a number two seed in the upcoming tournament. They have a record of seven wins, one tie to Pingry, and two losses. Overall, the chances of CMS’ boys' soccer team becoming Morris County Champions are great.

Run, As Fast As You Can, But Pace Yourself

If you like to run, the cross country team might be just for you. Central's coach is Ms. Aimette, the sixth grade language arts teacher. Cross country is not just about beating the other team. It is where you try to overcome your personal best. This year, Central's team has 21 runners, and they are competing in approximately seven meets. The fastest runner on the team is eighth grader Allan Mehler, who can run a mile in just under 6 minutes. Cross country is not just any old sport; it is where you compete against yourself to get a better time and a personal record.

This month at Wagner Farm Arboretum, a special event called "Brite Nights" took place. It is a walk-through of amazing jack-o-lanterns to get you in the Halloween spirit. There are over 2,000 pumpkins carved by volunteers, including jack-o-lantern sculptures and vignettes. Also, for the brave-hearted, there is a haunted barn at the end along with food trucks. It is fun for everyone and a spooktacular time. See the photo below of a Statue of Liberty made out of carved pumpkins. 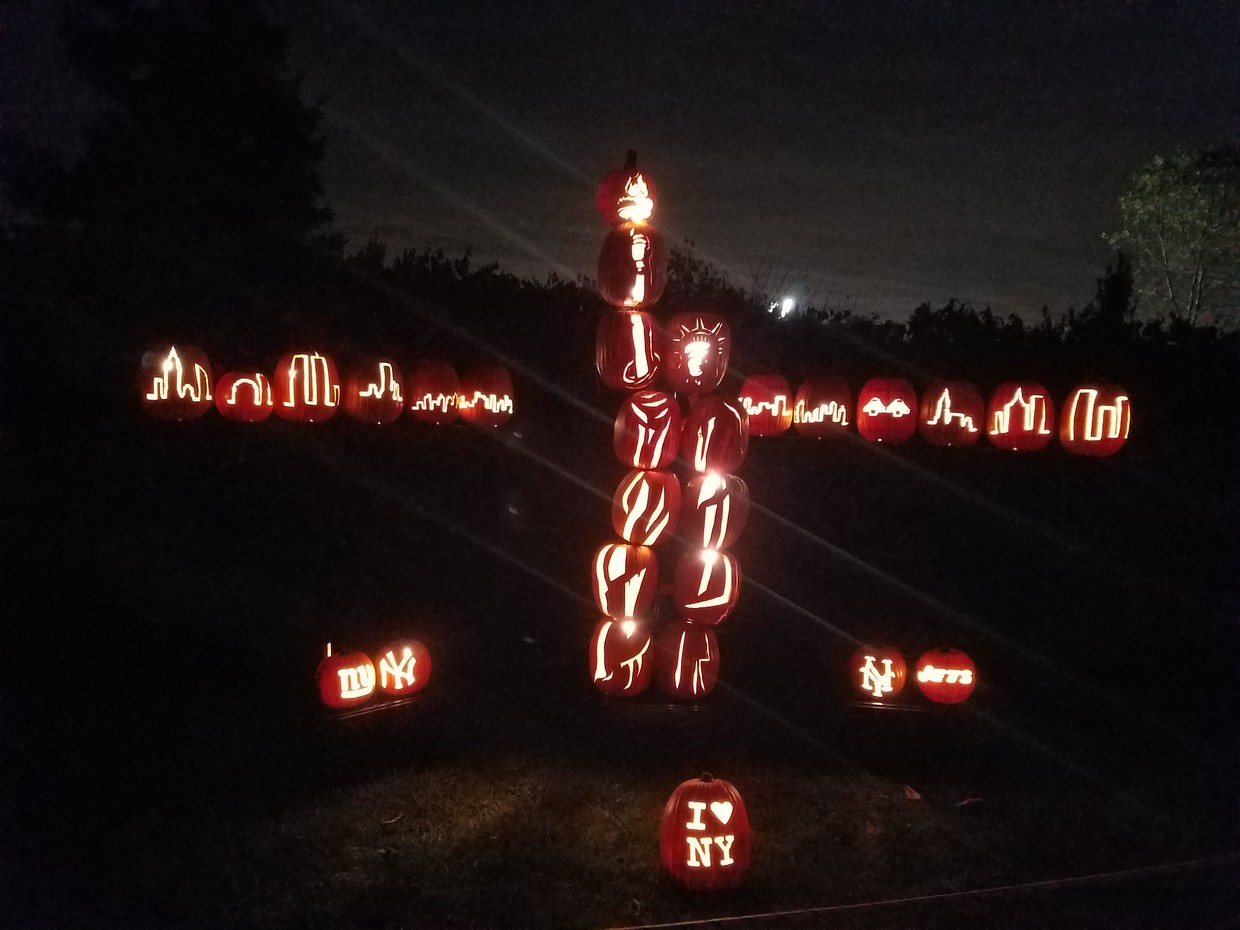 The History of Halloween

Halloween began a long time ago with the Festival of Samhain. It was part of the ancient Celtic religion in Britain and other parts of Europe. At the end of summer, the Celts believed that the barrier between our world and a world of monsters got so thin that the monsters could break out. They feared weird creatures with strange powers would wander about on Earth. So the Celts threw a big party to scare off the ghosts and creatures. They dressed up in costumes and built big bonfires. Later, through the Christian religion, came the title "All Hallow's Eve," which means the day before "All Saint's Day." This is the history behind the holiday we celebrate today. There are so many things to look forward to on the spookiest night of the year. For some, their favorite part of Halloween is the costumes. For others, their favorite part is the candy, but we probably all agree that Halloween is a lot fun!