Written by the Goff Newspaper Team 4/5/17

Written by the Goff Newspaper Team 4/5/17

Editors Note: We know it isn’t Women’s History month anymore, but we decided we would write about the country’s first professional ball league, for women! Enjoy reading this article!

The AAGPBL is the All American Girls Professional Ball League. Young men had to go into war and couldn’t play in the minor or major leagues, so Philip Wrigley, the man who owned Wrigley Field in Chicago had a conversation with Ken Sells, assistant of the Chicago Cubs manager, and they thought of a girls softball league to replace boy’s baseball leagues while they were at war.

The All American Girls Softball League was changed to All American Girl Professional Baseball League in 1943. The ball size would also get smaller every 2 months. It went from Softball size to Baseball size by the end of the year. Though it was softball, they played by baseball rules, except they still threw underhand and pitched closer to the mound, to make themselves different from other softball leagues. Since the way they played was really a mix of baseball and softball, they changed the name of the league to All American Girls Professional Ball League to avoid controversy.

Teams consisted of 15 players each, had a coach, business manager and a woman chaperone. Uniforms were a one piece flared tunic, satin shorts, knee high baseball socks and a baseball hat. Each city had it’s own emblem to decorate the tunic and hat. Players were paid between $45 to $85+ a week.

The All American Girls Professional Ball League was officially recognized in the Baseball Hall Fame in 1988.

Here’s further information in the Youtube video below!
AAGPBL

Open house was on March 22, 2017 from 6:00 to 7:30 and when it started everyone went to the auditorium and the band played. The band played every 15 minutes. Also our principal Mrs. Ramzi talked about what they might see around the school.

After the band was done playing everyone who came to open house had the opportunity to walk around the school and see different things about our school. There was food getting passed around the school for everyone to eat. There were also poster boards about the class or one of our assignments. We also had students from newspaper class to tell you a little about our school or our assignments that other classes have made.

We hope everyone had a good time.

Hello everyone! Today’s book recommendation is going to be about the movie “Hidden Figures”, but in a twist, it is a book. The phenomenal true story of the black female mathematicians at NASA whose calculations helped fuel some of America's greatest achievements in space.

This is a movie, and a book. I haven’t seen this movie yet, but if I don’t read something, I get the information from other people’s book reviews ( I have my little birdies). Before John Glenn orbited the Earth or Neil Armstrong walked on the moon, a group of dedicated female mathematicians known as "human computers" used pencils, slide rules, and adding machines to calculate the numbers that would launch rockets and astronauts into space. Among these problem solvers were a group of exceptionally talented African American women, some of the brightest minds of their generation. Originally relegated to teaching math in the South's segregated public schools, they were called into service during the labor shortages of World War II, when America's aeronautics industry was in dire need of anyone who had the right stuff.

Suddenly these overlooked math whizzes had shots at jobs worthy of their skills, and they answered Uncle Sam's call, moving to Hampton, Virginia, and the fascinating, high-energy world of the Langley Memorial Aeronautical Laboratory. Even as Virginia's Jim Crow laws required them to be segregated from their white counterparts, the women of Langley's all-black West Computing group helped America achieve one of the things it desired most: a decisive victory over the Soviet Union in the Cold War and complete domination of the heavens.

Starting in World War II and moving through to the Cold War, the civil rights movement, and the space race, Hidden Figures follows the interwoven accounts of Dorothy Vaughan, Mary Jackson, Katherine Johnson, and Christine Darden, four African American women who participated in some of NASA's greatest successes. It chronicles their careers over nearly three decades as they faced challenges, forged alliances, and used their intellects to change their own lives - and their country's future.

This book or movie is very informational. Again this was you Goff Gazettes Newspaper Book Recommendation Reporter Tarsha here, and I will be back next week for a new book for you. Check your local or school library today! 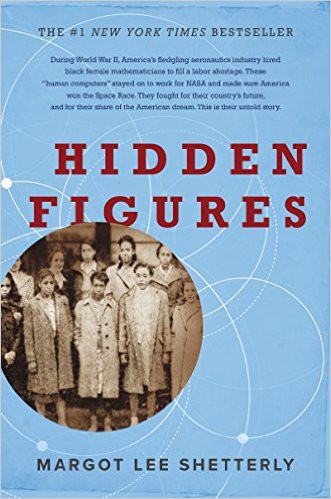 Hey guys! So as you know our school has had a lot of fun and important school events this semester. Here are the past school events!

Our open house event occurred on March 22, 2017. Upcoming 6th graders got to take a peek on the requirements and expectations for when they enter 6th grade next year.

On March 30, 2017, the school had a Goff Bingo Night where kids and their families played bingo. Winners earned prizes such as half of the amount of money payed in total of every person payed.

Our school held a book fair in the school library. Students were escorted by their teachers to buy and checkout books for 20 minutes. All payed books go towards our school getting new books for the library.

Report Cards go home April 11th, 2017. Students results of their Quarter 3 grade must be signed and returned to school.

Well, that’s a wrap on our past or upcoming school events! Hope you enjoyed!

2.) Silver necklace with a moon on it.

3.) 2 cell phones have been turned in to the office.

If you think any of these belongings might be yours go to the office and describe it to Ms.Machado.