The great hunter is dead!

The great hunter is dead!

One day the famous hunter Actaeon was hunting with his dogs in the woods. When he was hunting he heard sounds of womens laughter. He had come across Artemis and her nymphs bathing. Artemis was very enraged that this man had invaded her privacy, so she splashed him with water. The water turned him into a stag. His hunting dogs didn’t recognise their master so they viciously attacked and killed him. Artemis and her nymphs kept bathing.

This was not suprising that Artemis the Olympian was the killer, as she is well known for her ill - temper and her pitiless heart. Another reason why Artemis was so mad is because she was one of 3 Olympians that swore never to marry, thus the reason why she was so angry when a man invaded her privacy. 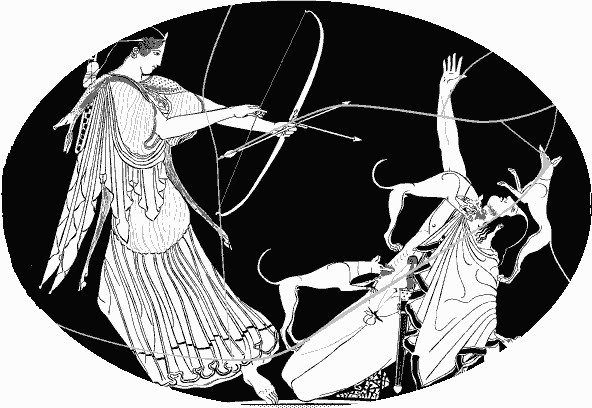