Mrs is using Smore newsletters to spread the word online.

Get email updates from Mrs:

Contents of Lincoln's Pockets at Assassination

Contents of Lincoln's Pockets at Assassination

What did Lincoln have in his pockets when he was assassinated? And so what? The contents of someone's pockets reveal a great deal about that person. What do you have in your pockets or bag? Let's take a look at what Lincoln had in his pockets and see what that says about President Lincoln.

What does this say about Lincoln?

Why would Lincoln have a Confederate $5 bill in his pocket?

Do you still see these today? How have we changed as a society over time?

Lincoln must have clipped this newspaper article; it talks about Lincoln and abolition. Lincoln probably cared (or was at least interested) in what others thought about him and his policies.

I suppose all guys carried a wallet back then, just like now. This artifact really doesn't tell me anything about Lincoln.

This is another clipping Lincoln carried with him. Maybe this one made him feel good--at a concert, people cheered Lincoln when a speaker compared him to the great Andrew Jackson preserving the Union.

Look at the string holding the glasses together. What does this say about Lincoln?

Notice the condition of the eye glass cleaner.

I looked through the items in Lincoln's pocket the night he was assassinated, and I actually think they say quite a bit about him as a man and a president. 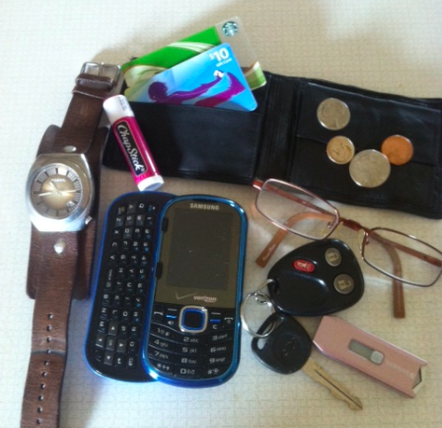 What was in Lincoln's Pockets? — History.com Video

www.history.com
Ordinary items such as spectacles, a handkerchief and confederate cash were discovered inside the pockets of President Abraham Lincoln the night he was assassinated.

Mrs is using Smore newsletters to spread the word online.

Follow Mrs .
Contact Mrs .
Embed code is for website/blog and not email. To embed your newsletter in a Mass Notification System, click HERE to see how or reach out to support@smore.com
close