what's happening in and around Gayman elementary school?

what's happening in and around Gayman elementary school? 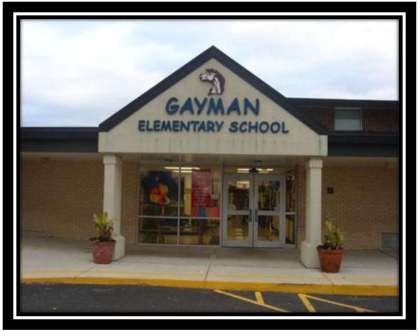 We thoroughly enjoyed our time meeting with all of you recently. Thank you for the effort you put into reflecting on student work and setting goals for the rest of the school year and beyond. We value the portoflio conference experience, and appreciate your support in making it a meaningful one for our students.

We believe in appropriate school attire. There is a connection between a positive school climate and reasonable attire.

If your child chooses his/her own clothes to wear, please remind them that some outfits are not appropriate for school. Students are expected to avoid extreme short pants, tops with exposed mid-drifts, and any tee shirts with offensive images or wording.

The following are guidelines for apparel for all students:

Any attire the administration considers to interfere with quality of education shall not be permitted.

Calling all green thumbs, hard workers and kids in need of volunteer hours! The Gayman Grounds Committee has set our spring clean-up date and could really use your help. Come out to celebrate Earth Day by joining us on Sunday, April 21st from 2-5 pm in the butterfly garden. Bring your own gloves, clippers, rakes, shovels, and wheelbarrow. Thanks so much for helping make Gayman a great place to grow! Questions: please contact NicoleDooley@comcast.net

Look who showed up at Gayman Elementary this morning! It's Dr. Green (far left), Superintendent of Central Bucks School District! He's rocking his hat and he's ready to go! Did we mention that Dr. Green is one of the celebrity judges for Roxy Reading's Strut Your Mutt parade/dog walk/derby contest on May 4th in Doylestown?! Support literacy and kids with us; you do NOT want to miss this event! For info. and to register visit www.RoxyReading.org REGISTER NOW WHILE FREE EVENT TEES LAST!

Save the date! The opening night of the District Art Show 2013 is on May 17th from 6:30 - 8:30 p.m. at Mill Creek Elementary. Every year, many of our Gayman students are featured. Gather your family and check out the incredible talents of students across the district! 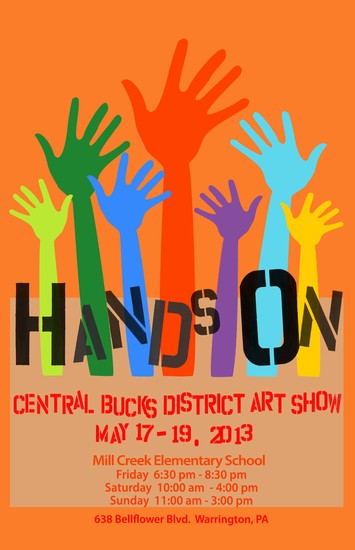 As you may have heard by now, there is a major refurbishment project underway at Kids Castle. The organizers of this project have asked all the schools in the district to make parents and children aware of this. There are many different fund raising initiatives underway, some of which the children can get involved in directly. If you are interested please click here for complete details.

Ths month's Kids Care Club has the special honor of officially launching the Bucks County Housing Group's May Food drive. On Thursday, April 25th, Ms. Melissa Mantz from the Bucks County Housing group will talk to us about food and the importance of food banks. Our very own Mr. Grace will teach us how fruits and veggies grow in the earth, along with creating planting projects to take home.

If you would like to bring in a food item that you think an elementary boy or girl might enjoy, a donation box will be placed outside the office until April 25th.

At the April 9, 2013 School Board Meeting, the Central Bucks School District School Board:

1. Heard the Lenape Jazz Ensemble performance before the school board meeting and via video, the Pledge of Allegiance was led by Mrs. Egan’s 4th grade Warwick class.

9. Received Sabbatical Leaves of Absence and the Board Calendar as information items.

10. Received Sabbatical Leaves of Absence and the Board Calendar as information items.

Please contact Mr. Testani with any questions or concerns.

"For you to be the very best, you cannot allow yourself

to become complacent in your comfort zone."

4440 Point Pleasant Pike, Doylestown, PA mtestani@cbsd.org 267.893.4350 cbsd.org/schools/gayman/Pages/Default.aspx
Embed code is for website/blog and not email. To embed your newsletter in a Mass Notification System, click HERE to see how or reach out to support@smore.com
close