Bloomingdale is using Smore newsletters to spread the word online.

Get email updates from Bloomingdale:

"Bee" in the Know

"Bee" in the Know 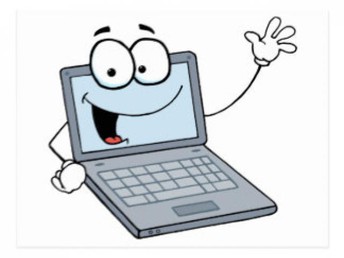 Kindergarten & 1st Grade BRING IN CHROMEBOOKS May 17th through May 28th

Please place your child's FULLY CHARGED Chromebook in the protective sleeve and in their bookbag for the weeks of May 17th and May 24th. We will be utilizing them inside the classroom for IReady end of the year benchmarking. 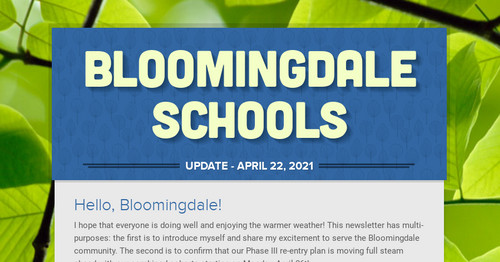 Download
504.3 KB
Phase 3 Day in the Life of Bloomingdale Learner 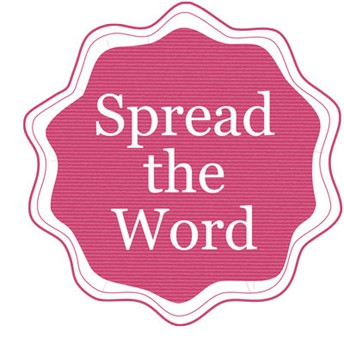 If you have or know of a child who will be 5 on or before October 1, 2021 please register them for the fall now.

Click the link below for the online registration information 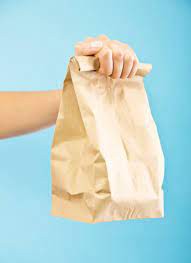 Opt out of Daily School Lunches

If you would like your child to opt out of our daily free school lunch, please click on the link below and complete the form. Send the form back into school with your child or email it to their teacher. 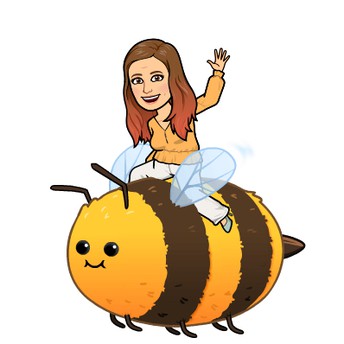 May 7: School as normal

Week of May 10: English as a Second Language (ESL) ACCESS 1st Grade Assessment

Week of May 17: English as a Second Language (ESL) ACCESS Kindergarten Assessment

Week of May 17: Kindergarten and 1st BRING CHROMEBOOKS TO SCHOOL

Week of May 24: Kindergarten and 1st BRING CHROMEBOOKS TO SCHOOL

May 31: SCHOOL CLOSED for Memorial Day 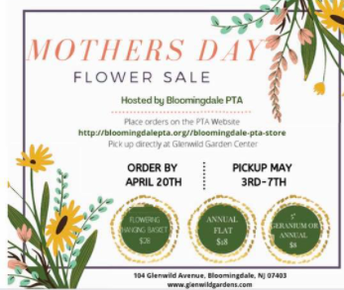 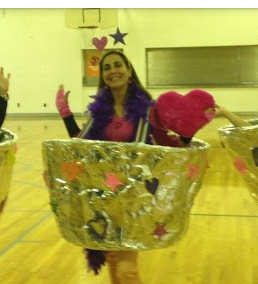 It’s 2pm on a Monday and my husband and I are having our fourth whispered fight of the week. Our three-year-old daughter has thrown her mask on the ground for the third and, if I have anything to do with it, final time.

We’re headed to the park and we can’t agree on how important it is for her to wear a mask. Ideally, she’d just put it on and we’d be out the door, but this is a toddler we’re talking about. After a week of firm explanations, desperate pleas and finally Hail Mary attempts to sneak it on when she’s distracted, it’s pretty clear the mask is a no-go.

I think it’s fine and say so. My husband throws his hands up, frustrated. Our daughter demands to know “what you’re talking about!” It has now taken nearly an hour to get as far as the vestibule.

Sigh with me if this sounds familiar.

Close quarters, lack of clear guidance, constant changes and children perpetually underfoot have left many parents scrambling to navigate the complicated process of agreeing on rules.

Bridging the parental divide might feel especially frustrating and confusing right now. “Given the current state of the world, everything feels more emotionally charged,” says Stephanie Lee, PsyD, a child psychologist at the Child Mind Institute, “but I want to remind parents that more likely than not you do have tools and skills to handle this.”

The same skills we used to co-parent and work through disagreements before the pandemic (Does she really need to wear a coat if she doesn’t want to?) still apply, Dr. Lee explains. We just need to remember how to use them.

“The biggest piece of advice I give parents and caregivers is to find a neutral, calm time to talk through disagreements on rules before your kid is in front of you,” says Dr. Lee. Too often, she says, parents find themselves reacting to situations, and each other, in the moment, something that can be avoided by planning ahead.

This might sound easier said than done. In our house, the only “neutral, calm time” is the few precious hours after our kid goes to bed — that is, the only time we have to relax after the crush of nonstop work and childcare. When that time finally comes, we’re loathe to spend it hashing out disagreements and often end up paying the price in frustration later.

But it doesn’t have to be either/or. Dr. Lee suggests parents agree to talk about a specific topic for a limited amount of time. For example, you might agree earlier in the day that after your child is in bed you’ll have a 15-minute conversation about how you’ll handle it when she wants to share her snacks at the park. Setting a few ground rules and planning ahead can help you keep things efficient (and get you back to Netflix as fast as possible).

“Sometimes you need to get feelings out before trying to address emotionally charged issues,” says Dr. Lee. “Don’t be afraid to say, ‘I’m emotional about this because I’m really anxious.’”

Talking through emotions in a separate conversation can help you understand where your partner is coming from (and vice versa), which will make planning less fraught and more productive.

As you discuss, try to validate each other’s emotions as explicitly as possible, even if you’re still working on understanding your partner’s perspective. For example, you could say, “I understand that the possibility of missing Christmas with your family makes you very sad. I hear you.” Acknowledging your partner’s feelings are valid and asking they do the same for you is key to ensuring the work of parenting feels collaborative, not combative.

Relationship issues can be easily bleed into parenting, making it harder to agree and easier for conversations to end in a fight. Set clear boundaries around what is, and isn’t, out of bounds when you talk about parenting.

For example, if a conversation about whether it’s safe to meet up with family turns into a fight about tensions with in-laws, try to keep the two topics separate. You might say, “Let’s agree to find another time to talk about that fight with my sister. For now, let’s spend ten minutes deciding on rules for the picnic this weekend.”

You don’t have to agree on everything

Sometimes you won’t be able to come to a consensus, and that’s okay — as long as you’re presenting a united front to your kids. “Just like any other situation for parenting, you do what you can do with the data that you’re given, and you make decisions together if you can,” says Dr. Lee. Especially now, it’s not always possible to settle on a clear right answer.

Whatever you decide to go with, the most important thing is for the kids to know that there’s no getting around the rules. For example, if you decide that your teenager can only meet up with friends outdoors, it should be clear to the teen that both parents stand behind that rule — even if, privately, one parent thinks it might not be necessary.

One of the most difficult parts of parenting during this time is the constant shifting of recommendations and guidance (and everything else). It’s hard to be on the same page when you and your partner are both trying to absorb new information almost daily. To keep all this uncertainty from threatening your hard-won compromises, agree that you’ll check in on a weekly basis, or whenever a big change occurs, and adjust your rules accordingly.

One way to do this, says Dr. Lee, is to agree you’ll keep a running list of concerns to address together — for instance, if you see a kid giving a high-five and want to remember to talk over high-fives with your partner, you can make a quick note instead of letting that worry take up mental space. You could also keep the list in a shared text thread for both parents to access easily.

Your regular check-ins can also be a place to get on the same page about calls one parent had to make in the moment. For example, you might have arrived for a dentist appointment to find a crowded waiting room and, with no time to confer, decided to take the risk, because the dentist appointment had to happen that day. Dr. Lee notes that you can also be open with kids when rules are evolving in real time: “I’m making this call right now, but later we’ll think more about what to do next time this happens.”

It’s not going to be perfect, and that’s okay

Acknowledge that there are going to be moments where things go awry, and agree to cut each other some slack. For example, we agreed not to let our daughter touch other kids until there’s more information about kid-to-kid transmission. But toddlers will be toddlers and yesterday she gave her best friend an “animal kiss!” (which was returned with gusto) at the park. C’est la vie.

“Parenting is a work in progress,” says Dr. Lee. “We take as many precaution as we possibly can to keep ourselves and our kids safe. And then we do our best.” Understanding that there will be some times where rules can’t be followed or things have to be decided on the fly and discussed later is key to keeping both your sanity and the peace.

In the end, keep in mind that the goal isn’t to be perfect — it’s to do the best you can, and let that be enough. 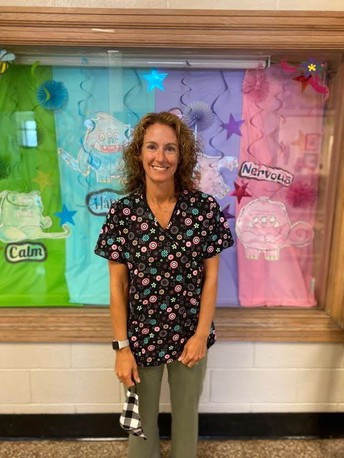 You MUST complete the Daily Health Questionnaire each day your child is IN-PERSON FOR SCHOOL.

Please make sure your child's mask is the correct size 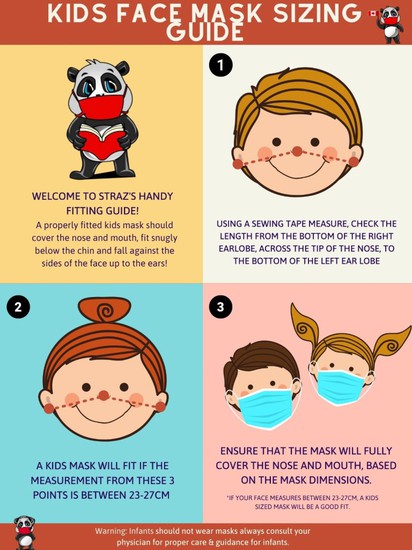 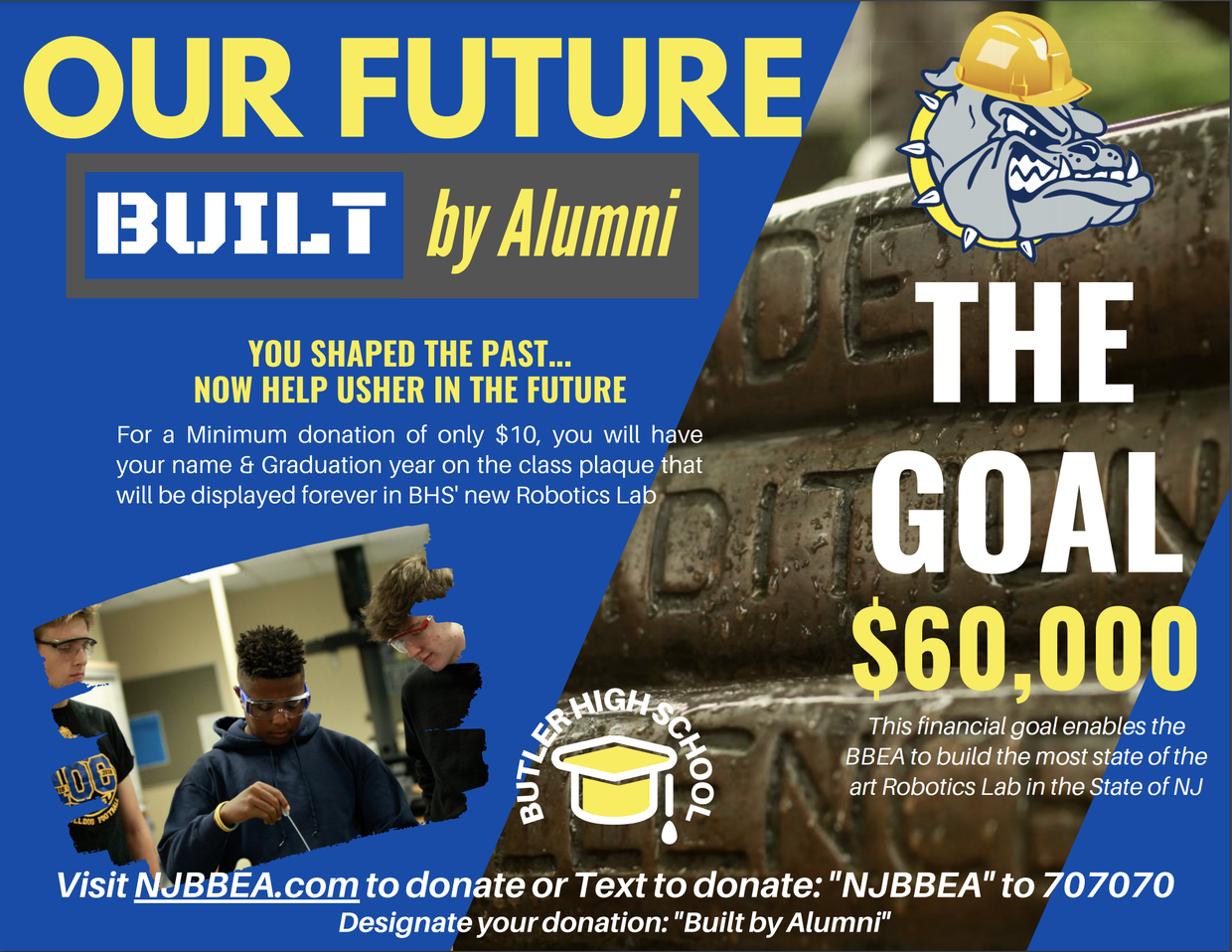 Free Meals To All Students.pdf 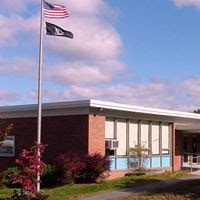 Martha B. Day Elementary School is a school that embraces excellence for all its students. This 130+ student school houses grades Pre-K to grade one. Everyone in our school is a part of this community of learners. We recognize and honor our students' cultural diversity as well as their individual talents and abilities.
225 Rafkind Road, Bloomingdale, NJ, USA khusser@bloomingdaleschools.org (973) 838-1311 bloomingdaleschools.org/bsd/MBD/

Bloomingdale is using Smore newsletters to spread the word online.