Get email updates from jean (J.P.):

Estuaries are very important to both humans and animals. Estuaries provide a habitat to animals like shrimp, clams, sea ducks, the spotted sea trout, and sea turtles. not to mention the 150 other species of wild life that live in estuaries like Roanoke sound. Estuaries also reduce flooding and erosion, they anchor the shore against tides, and they act as a buffer to waves crashing ashore. the white oak river, the New river, and the cape fear river are all rivers that feed into the Roanoke sound estuary. 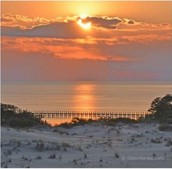 Roanoke estuary has threats to its wildlife and its ecosystem. One threat is the contamination of rivers that flow into the estuary. this can harm the health of the wild life. the deposition of sediments are also a threat to the wild life of estuaries. the fish take in the sediment through their gills and lose the ability to breathe.