To start with a brief history, Chinese couples were encouraged to have as many children as they could until the 1960s. Their leader at the time, Mao Zedong, believed that the more people a country had, the more power they had. From 1949-1976, their population grew from 540 million to 940 million. Because of such a great leap in population, Chinese government designed a plan to decrease the population. The one child policy started in which couples were encouraged to marry late and to have only one child. The policy was only designed to last for a single generation however, that was not the case. The policy started very strict and over time became a little bit more flexible. If the rules behind the policy weren't followed, people would suffer consequences (mentioned in Section 3) The policy lasted until January 1st of 2016 (Wikipedia, 2016). 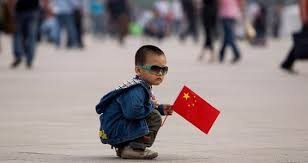 After China's realization of population abnormalities due to the one child policy, they decided to take on a two child policy on January 1 of 2016 to try to fix some of the issues (mentioned in Section 3). For instance, they wanted to take response to the contemporary generation so that single children wouldn't have to take care of two parents and four grandparents by themselves. Due to their culture, it was completely normal for the younger adults to take care of their elders and to honor them. As the one child policy was seen to cause more issues then to solve them, they had to make the policy more flexible. Parents could start having kids if they were both single parents and just four years later, people could have two children if one parent was a single child. As the first policy became more flexible, it became more evident that a new policy needed to be reissued. The new policy was announced on October 25 of 2015. Their reasoning was that the policy was needed to help with the aging crisis, due to the fact their within the next few years, their population will be past the age of retirement which will make China face huge economical and business related problems (Wikipedia, 2016). CNN quoted the ruling of the Communist Party of China using the following statement, "To promote a balanced growth of population, China will continue to uphold the basic national policy of population control and improve its strategy on population development."

Due to the policy being used such a short time ago, there have not been any drastic changes in their demographic status. 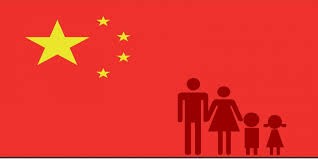 Consequences of Violating The Policies

Demographic Issues Due To Policies

Naturally, with this policy came some problems. After the one child policy was withdrawn and the two child policy was implemented, China only publicly spoke out and said that it was only changed because its population is aging and it needs an infusion of young people to help sustain the nation's economy (Business Insider, 2015). After the 70s and in the issue of the first policy, the population to decline at an extremely rapid pace. Aunts, uncles, and cousins, had virtually vanished from society due to so many people having an only child. The 36% of people that were under the strict policy, especially in Beijing, created population abnormalities like and extreme ratio of males to females and elders to young ones. The fertility rate dropped from 5.9 to 1.2-1.4 according to the Chinese Academy of Social Sciences. In order to keep a stable population, a country needs to have a TFR of 2.1. As a result of this and their favoritism of males to ensure secure care for their elders, the male population soon outshone the female population by 115.6 men per 100 women. Most countries don't exceed 106 men per 100 women. It is predicted that within the 2030-2045 time frame, a fifth of the entire Chinese population of males will have no potential wives (World Affair Journal, 2016). World Affair Journal quotes Nicholas Eberstadt of the American Enterprise Institute, "These problems will compromise economic development, strain social harmony, and place the traditional Chinese family structure under severe pressure; in fact, they could shake Chinese civilization to its very foundations.” The pictures below show predicted demographic statuses of the entire population and the male to female ratio.