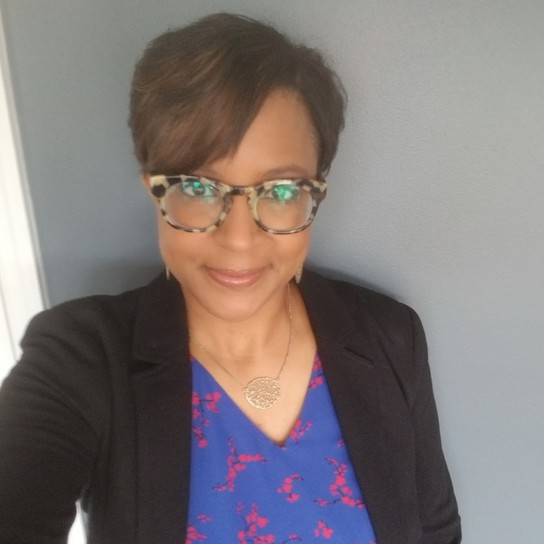 Get email updates from Ebony: 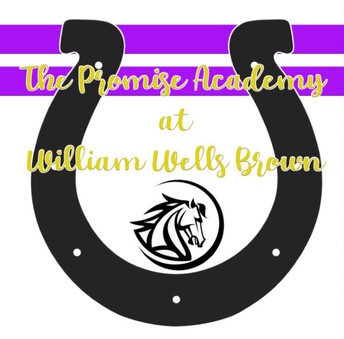 Mission: We, The Promise Academy at William Wells Brown, are a caring, committed

positivity empowering confident learners and leaders of tomorrow in

Vision: We, as leaders of today, will achieve excellence and uplift the community

through “OUR PROMISE” to build resilient scholars and create leaders of

“Be the Change…Change the World!" 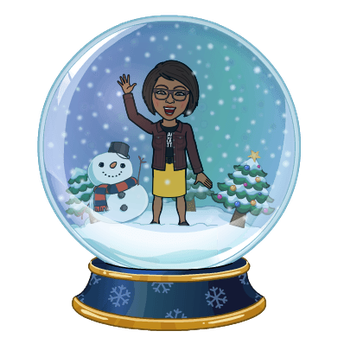 We are almost to the end of the first semester! Our scholars have made a lot of growth and are making great strides!

One of the things we want to continue to do is to keep the bridge between home and school open. As a mom, I often find it hard for my child to open up about school. Below are some questions to ask your child instead of, 'How was your day?'.

Encourage your child to share as much as they can!

C.O.L.T.S. Time stands for Creating Organizing and Learning Towards Success Time. This is a time for our students to apply their knowledge of reading, writing and their passions to create a final project. The purpose is to engage and inspire students to reach their highest potential through a safe, challenging and positive learning environment. The students had the chance to watch their teacher's commercials, and choose which class they will attend for C.O.L.T.S. Time. At the end of each C.O.L.T.S. Time session, approximately 6 weeks, each class will display their final project at our Exhibition Night (similar to a science fair)! It is now time to come and see their presentations of learning!! 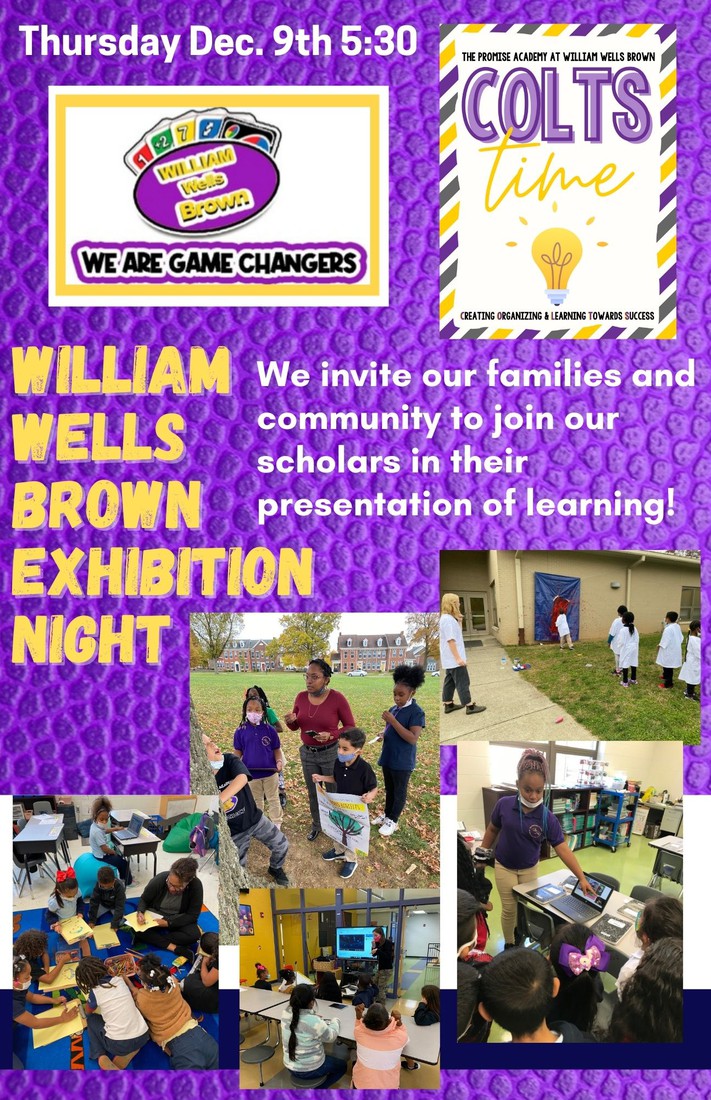 Students of the Month for November and December! 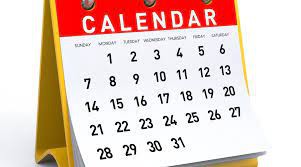 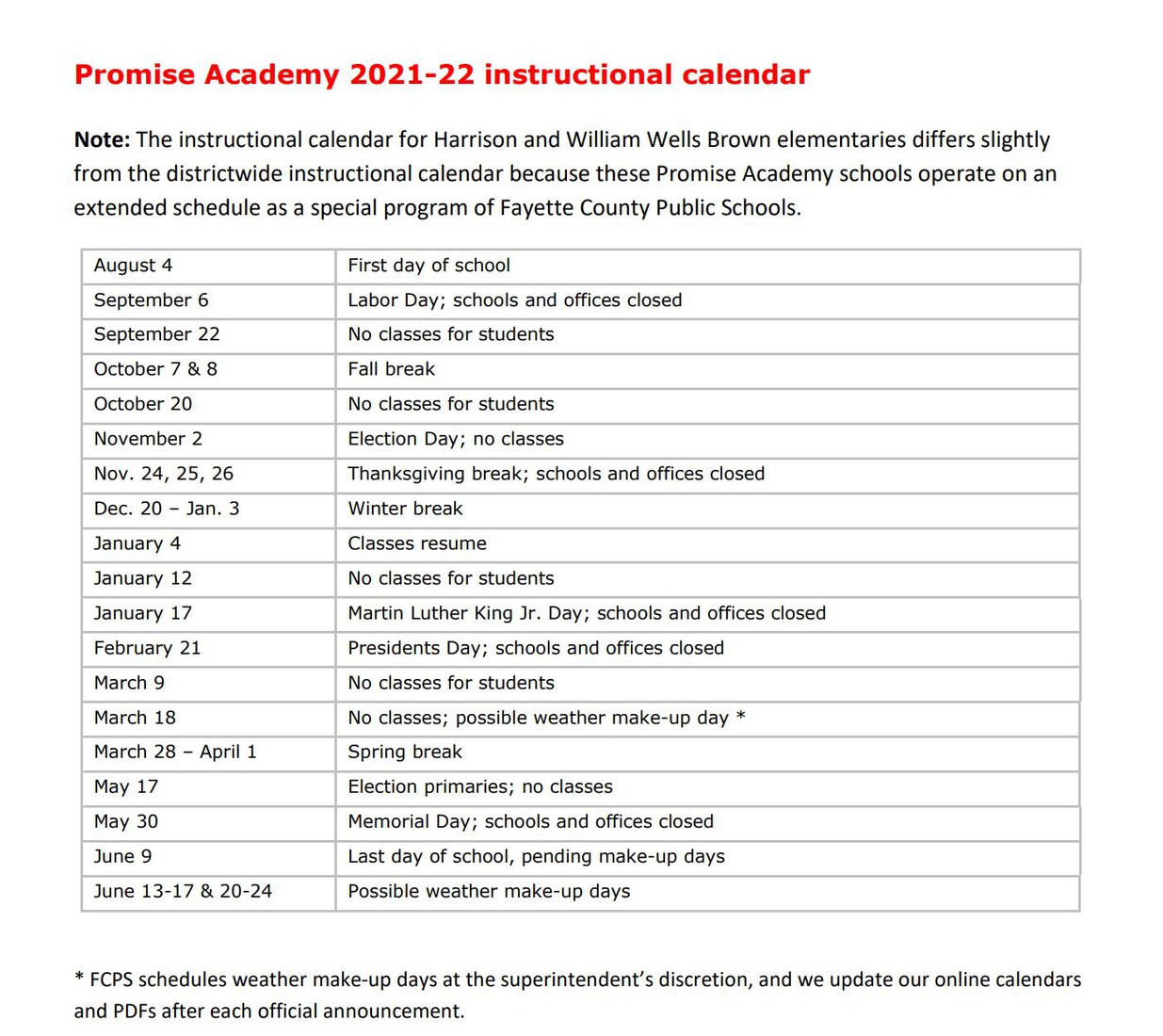 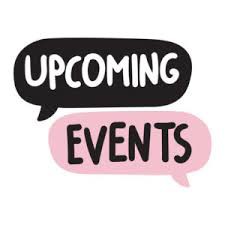 January 12 No School for students!

Why Standards Based Grading?

At The Promise Academy at William Wells Brown Elementary School, we are committed to maintaining rigorous performance and achievement standards for all students and to providing a fair and consistent process for evaluating and reporting student progress that is understandable to students and their parents and relevant for instructional purposes. Reporting of student achievement should reflect student progress toward mastery of key academic concepts and identify multiple pathways to deeper learning. Learning is valued as a process. Standards-based grading reports what students should know and be able to do within each content area at each grade level.

e purpose of standards-based grading is to identify what a student knows, or is able to do, in relation to those learning targets – as opposed to simply averaging grades/scores over the course of the grading period, which can mask what a student has learned or not learned. A standards-based grading system measures a student’s mastery of grade-level standards by prioritizing the most recent, consistent level of performance.

Final grading will be based on the student’s progress toward master at the time of the end of the grading period. Grade level standards are often repeated at various times of the year, giving students multiple opportunities to achieve mastery of standards.

Kindergarten through 2nd grade students have traditionally been graded using Standards Based Grading. Starting this year, ALL students will be grading using this grading method.

4 – Exceeds Standards (ES): The student knows the skill, concept, or standard so well he/she could explain it to others, or extend it to new situations

3 – Meets Standards (MS): The student knows the skill, concept, or standard well enough to have mastered the grade-level expectation.

2 – Progressing Towards Standards (PTS) :The student is still working towards the grade-level expectation, and getting closer.

1 –Area of Concern (AC):The student does not understand the skill, concept, or standard and needs extra support to perform in the specific area.

0 – Not Assessed (NA): The student does not attempt to answer the question, complete the assignment, etc. 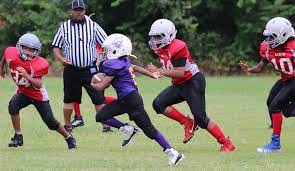 Send Us Your Team Schedules!


We LOVE to support our Colts both in and out of the classroom! If your student plays a sport, dances, etc., outside of school, please send us your child's schedule(s)! You never know who might pop up!😊

Email to the Principal at ebony.hutchinson@fayette.kyschools.us.

We are following all COVID-19 precautions throughout the building. We need you to partner with us! If you, or a family member tests positive for COVID-19, in order to keep all of our students and staff safe, you will need to report it in one of the following places:

If your child is exposed to COVID-19, they will be required to quarantine for 10 days. They can test out of quarantine, with a negative test result, after the 6th day.

If you have any questions, feel free to contact us in the front office!

Each morning we start our day together in our Colt Family Meeting! Below you will see our daily theme rotation. In addition, we recite our School-wide Expectations, learn a Spanish phrase from Ms. Seda, read 'I Promise' and recite the Pledge of Allegiance.

Our 'Final Friday' celebration occurs on the Final Friday of every month! We recognize students and classes with our Golden Horseshoe Awards, Students of the Month for each grade, highest and most improved in reading and math for each grade level. 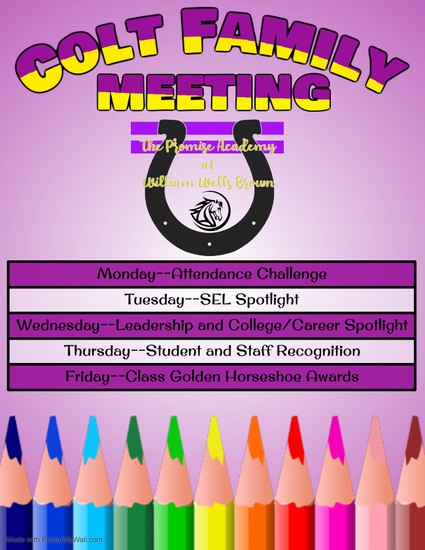 On the first Friday of each month, our school gathers to celebrate the month's achievements of our scholars!

We learn lots, but want to have fun as well! Our First Friday Celebrations are a way for us to celebrate our accomplishments while learning to cheer on our classmates!

Greetings From the Clinic! 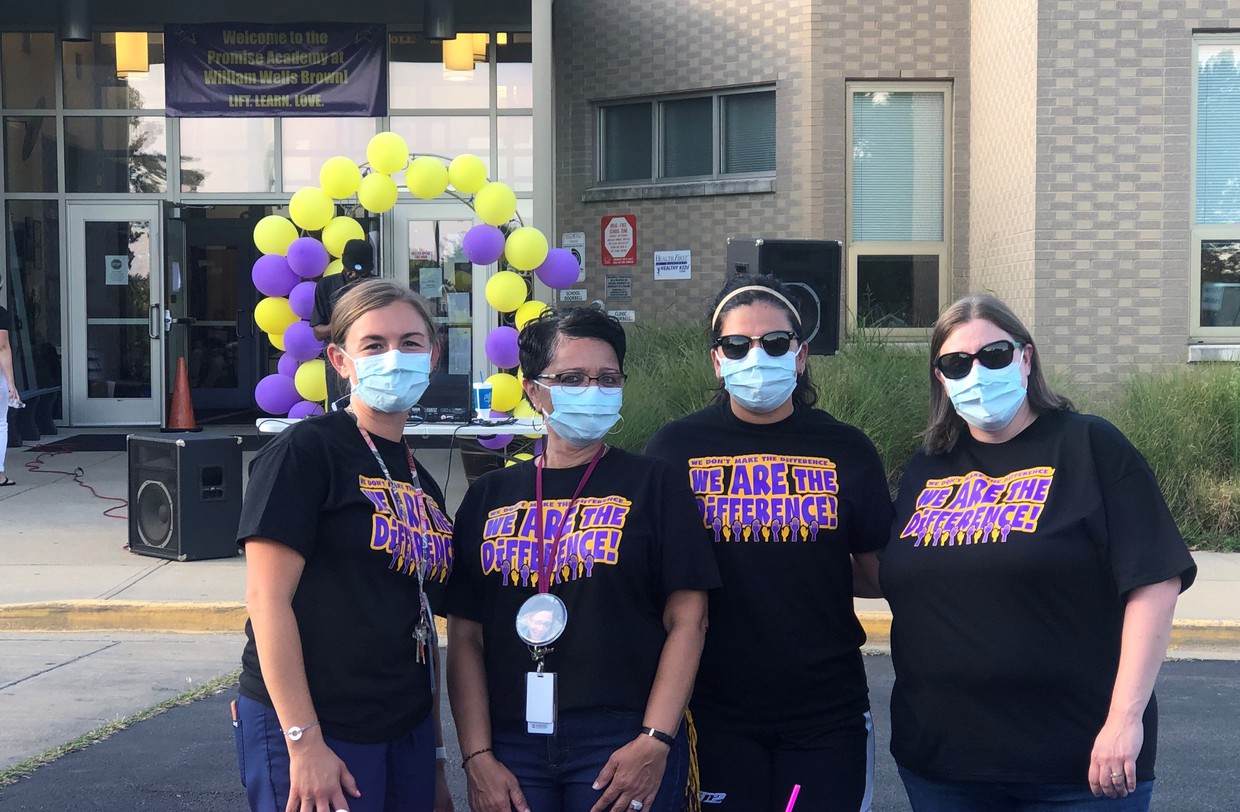 Hello from the WWB School Based Clinic!

Did You Know?!: Another way to decrease your chances of getting sick this fall is to make sure you are drinking 8 glasses of water a day, getting 8 hours of sleep at night, and taking a daily multivitamin. This keeps your immune system healthy and able to fight off germs that come your way.

REMINDER: HealthFirst Clinic at William Wells Brown is open 8am-4pm Monday- Friday. We offer sick visits, COVID testing, sports physicals, well child check-ups, immunizations, and behavioral health care to any children 0-18, even if your child does not have insurance. Please call us at 381-3172 with any questions. 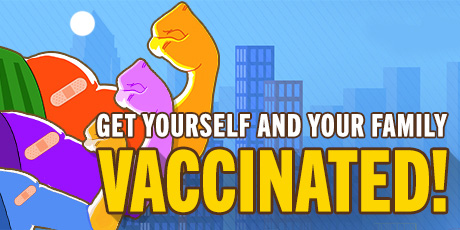 Greetings from your friendly clinic therapist, Nahtanha Hering, LCSW. I wanted to take the chance to reach out to all of you now that we have gotten a few weeks of virtual learning behind us. I know from working with some of my patients that many families and students are experiencing issues or stress from doing virtual learning, such as keeping kids focused and on task during the class sessions, getting the work completed, and dealing with emotional/behavioral issues in the home. If anyone has concerns about a specific child or family feel free to refer them to me. I would be happy to reach out to the family and discuss starting services. I am able to assist students with issues such as ADHD, depression, anxiety, and anger. I can also work with parents on developing good behavioral modification strategies to use in the home. Please reach out to the clinic if you have any questions or need to contact me. Thanks.

Scan the QR codes below to follow some of our amazing social media pages! 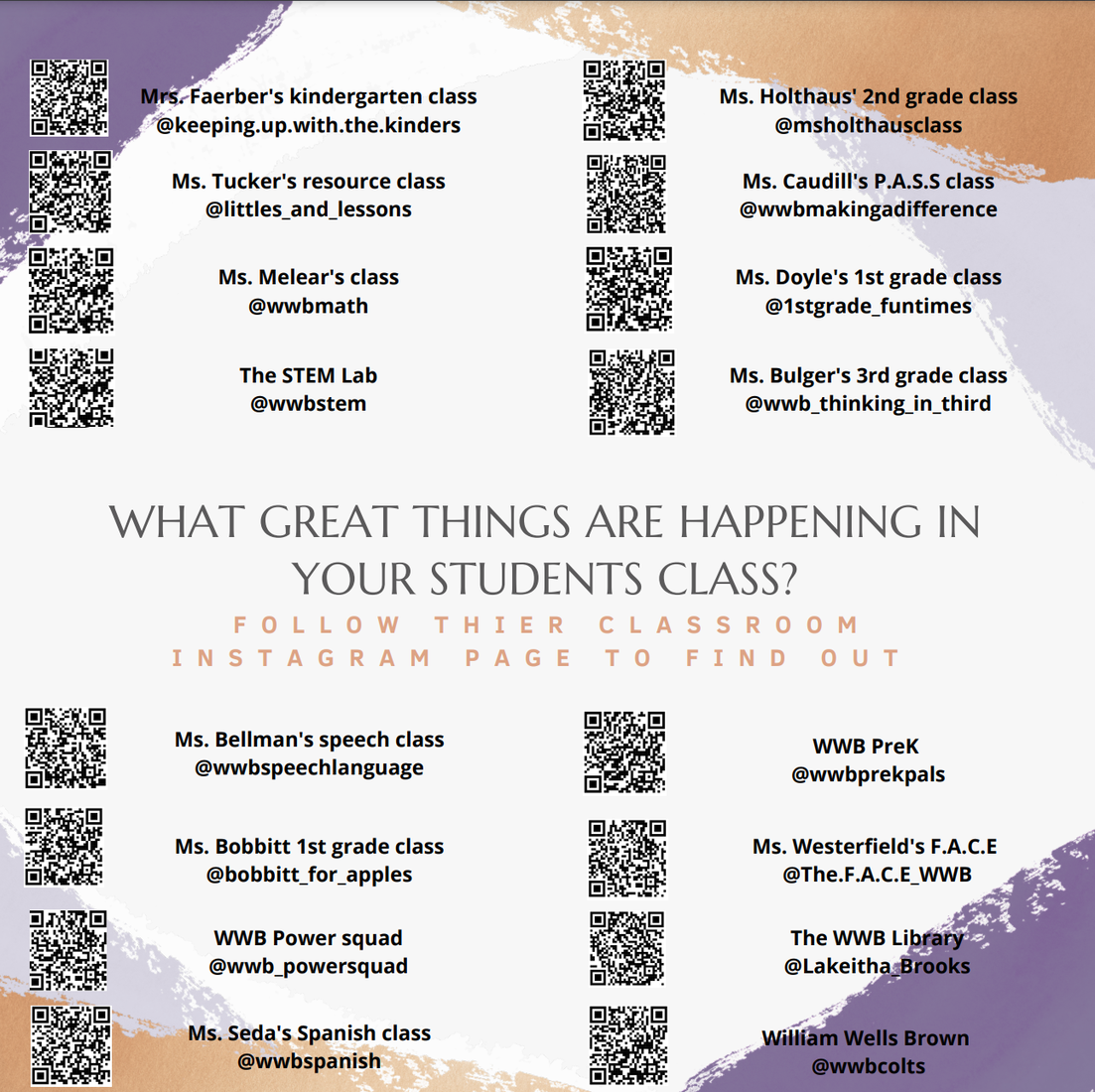 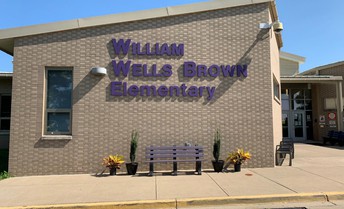 Follow Ebony Hutchinson
Contact Ebony Hutchinson
Embed code is for website/blog and not email. To embed your newsletter in a Mass Notification System, click HERE to see how or reach out to support@smore.com
close