Macaroni time is the only time

10 Rules for a Utopian Society

1. Everyone is always happy

2. No one dislikes each other

3. Everyone has a strong faith in God

5. Everyone is allowed to do what they love to do

6. To be able to live in the society, you must be considered gifted in a certain skill and preform that skill for the community on a daily basis

8. No one has to do HOMEWORK

9. Kids work at school at their own pace (whether that being fast or slow)

Write an Alternate Ending to a Chapter

As Winston was writing "DOWN WITH BIG BROTHER" in his journal, the Thought Police realized that he was not showing up on the screen. Big Brother demanded that some officers be sent to check out the situation. They burst through the door while Winston had long been asleep and tore through his belongings. When they found the journal, they quickly read through it and "BANG!" A lone shot was fired right through Winston's chest and no one ever heard from him again. 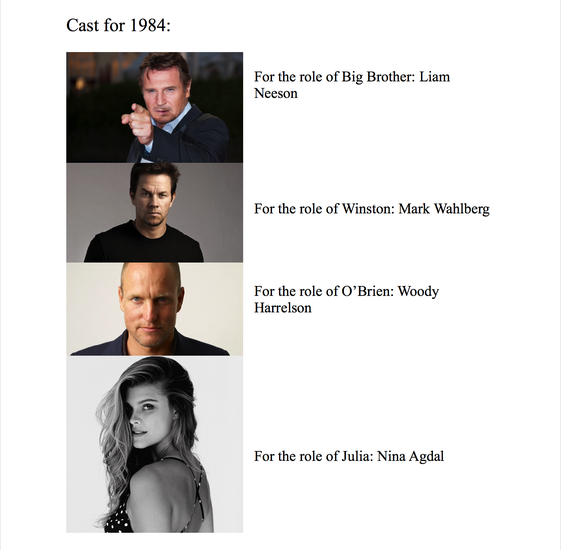 Freedom. It’s a simple word that can interpreted in many different ways. To me freedom is all relative. For example, when a teenager turns sixteen and gets their driver’s license, they think that they have all of the freedom in the world, when in fact they are still restricted by their parents rules, curfews, and even passenger rules. When we are looking at our country and its freedom, we need to compare it not only to George Orwell’s 1984 but also to other governments around the world, the idea of a collectivist government, and even the idea of an individualistic government. When we are comparing our government to the government ruled by Big Brother, we have lots and lots of freedom like freedom of speech, religion, and even thought (or speech). But when we compare our government to that of an individualistic society, our freedoms seem to disappear. We are thrown in jail for doing things that are “illegal” which is all determined by the government, but without any government, you could have all the freedom that is possible. Now these are both extreme conditions which are most likely never going to happen, so I’d say our freedoms as citizens are very plentiful but also restricted enough to maintain order. Our freedoms are those listed in the Bill Of Rights and also in Constitutional Amendments. I definitely enjoy the freedom of speech, freedom of religion, and the right to bear arms the most. The first two are ways to express yourself through thought and action and the second is good for protection. If freedoms are not balanced between the government or the citizens, you end up with a society either very similar to that of the society in 1984, or one where there is complete anarchy and either the government has no control, or there is no government at all. 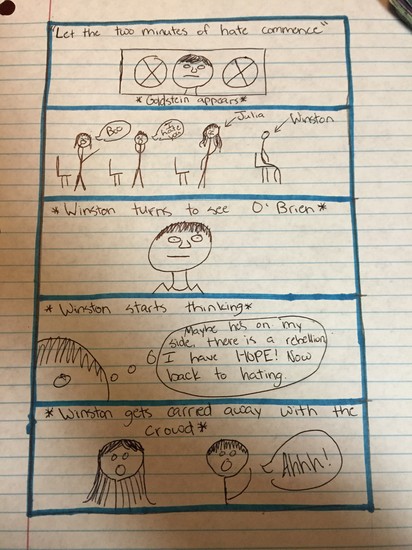