greyson is using Smore newsletters to spread the word online.

Get email updates from greyson:

Are the odds really in your favor? For Katniss Everdeen, they're against her. 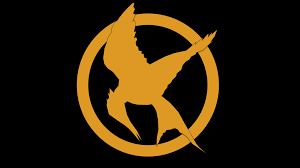 In the first third of the book, we are introduced to our protagonist, Katniss Everdeen. Though she's only a teenager, she's a tough hunter who puts food on her family's table. Her father is dead and she lives with her mother and sister Prim in District 12 in the country of Panem. She hunts with a guy named Gale who is cute and might even have a thing for her, but who knows? Katniss is not very in touch with her mushy side. 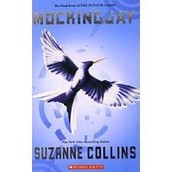 Realizing the stakes are no longer just for survival, Katniss Everdeen (Jennifer Lawrence) teams up with her closest friends, including Peeta, Gale and Finnick for the ultimate mission. Together, they leave District 13 to liberate the citizens of war-torn Panem and assassinate President Snow, who's obsessed with destroying Katniss. What lies ahead are mortal traps, dangerous enemies and moral choices that will ultimately determine the future of millions. https://www.google.com/webhp?sourceid=chrome-instant&ion=1&espv=2&es_th=1&ie=UTF-8#safe=strict&q=hunger+games+mockingjay+summary 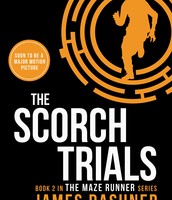 The scorch trials By: James Dashner

Transported to a remote fortified outpost, Thomas and his fellow teenage Gladers find themselves in trouble after uncovering a diabolical plot from the mysterious and powerful organization WCKD. With help from a new ally, the Gladers stage a daring escape into the Scorch, a desolate landscape filled with dangerous obstacles and crawling with the virus-infected Cranks. The Gladers only hope may be to find the Right Hand, a group of resistance fighters who can help them battle WCKD. https://www.google.com/webhp?sourceid=chrome-instant&ion=1&espv=2&es_th=1&ie=UTF-8#safe=strict&q=maze+runner+scorch+trials+summary 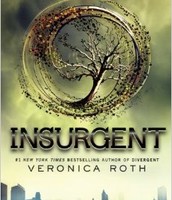 Now on the run from Jeanine and the rest of the power-hungry Erudites, Tris and Four search for allies and answers in the ruins of Chicago. They must find out what Tris' family sacrificed their lives to protect and why the Erudites will do anything to stop them. Side by side, Tris and Four face one seemingly insurmountable challenge after another, as they unravel the secrets of the past and -- ultimately -- the future of their world. https://www.google.com/webhp?sourceid=chrome-instant&ion=1&espv=2&es_th=1&ie=UTF-8#q=insurgent%20summary

Parents need to know that Suzane Collins' The Hunger Games is a story about a reality show where 24 teens must kill one another until only one survives. They do so with spears, rocks, arrows, knives, fire, and by hand. It's not unduly gory, but there is lots of violence, all of it teen on teen. The Hunger Games was adapted for a 2012, and the second book, catching fire, was adapted for a 2014 film. The third and final book, Mockingjay, is being adapted into two parts, to be released in 2014 and 2015 repectively.

greyson is using Smore newsletters to spread the word online.