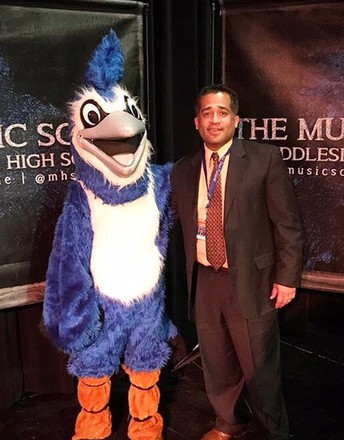 @MHSMiddlesexNJ
While it feels like the school year just started, it's already time to start thinking about next year. In the coming weeks, students will be faced with making decisions regarding their education. For seniors, this will include what to do after graduation - will they attend college/university/trade school? If they get accepted into more than one school - which school do they choose? Maybe they'll decide to pursue a career instead of attending school. For our underclassman, their decisions are going to be what classes to take next year - is there a specific elective they're interested in? They'll have to decide their first, second and third choices for electives.

All of these decisions will impact their education and their future. We want to prepare them to make the best possible choices. You can find different models for decision making by a number of different organizations and individuals. The model I would like to highlight comes from The Colorado Initiative, a Colorado nonprofit whose vision is to ensure "Every student in Colorado is prepared and unafraid to succeed in school, work, and life, and ready to take on the challenges of today, tomorrow, and beyond."

This model has 5 basic steps:

These steps can help our students create their "big picture", whether it is selecting courses for the next 4 years or looking at their future beyond MHS. I encourage you to discuss with your students where they see their education and future going - they will be having academic planning meetings with their counselors in the near future and will continue to build their big picture.

For some of our seniors, those decisions are already happening if they applied for early action. This does not mean that they are done, they will also continue to build their big picture as they select a major and classes later this year. They will have a resource in the Academic Advising Department of their school. For those students not attending college/university/trade schools, they are also faced with the decision of selecting a career path to follow and how they will accomplish goals they will set for themselves. For these students, they should seek out opportunities to shadow professionals in the fields they are interested in or locate a mentor who can help them navigate entering the workforce. Building a network can help provide them with new opportunities as well as career advancement - it's never too early to network.

Each of our students are different - they will face different decisions, follow individual paths and experience the world in their own unique way. It is my hope that we've provided them with the tools to be successful, confident individuals.

Student Council will be hosting a Winter Semi-Formal on February 9th at the Middlesex Elks. Jozanna's will be catering and it will be $20/student, Packets can be picked up beginning Jan 19th outside Room 120. Tickets are limited to the first 120 students - paperwork and money is due by February 1st.

The rules are as follows:

Each class will have their own jug for collecting money during all three lunch periods. Classes GAIN points by adding PENNIES OR SILVER COINS to their class jug. LOWER other grades point total by adding BILLS to their jug.

Not sure what Jays Fest is all about? Check out https://twitter.com/JaysFestDM for video from last year's event.

Yearbooks are still on sale! Now is the time to buy - the price will increase on January 30th.

On Friday, the CDC announced a first in its 13 years of flu monitoring: As of Jan. 6, every part of the continental U.S. showed “widespread” flu activity. Here’s what you need to know about this year’s unusually active flu season.

Why is flu season so bad this year?

A separate flu strain, H1N1, has also popped up in some parts of the country, adding even more cases to the tally, the CDC reports.

What should you do if you have the flu?

If you have symptoms including fever, chills, cough, sore throat, runny nose, muscle or body aches, headache and fatigue, you may have the flu, according to the CDC. If you see a doctor within 48 hours of developing these symptoms, you may be able to take antiviral medications, such as Tamiflu, which may shorten the course of the illness and reduce its severity.

If you’re sick with the flu, the CDC recommends staying home from school or work for at least 24 hours after your fever subsides. Most people are at peak contagiousness in the three or four days after becoming sick, according to the CDC, but you may be able to infect others from a day before to seven days after developing symptoms.

How can you prevent the flu?

Getting the flu shot and staying home if you’re sick are two of the most important ways to reduce transmission. But the CDC says it’s also important to wash your hands frequently, cover your mouth when you cough or sneeze and wipe down surfaces that may have come into contact with contagion, as flu germs can live on them for up to 24 hours. Less often, a person might also get flu by touching a surface or object that has flu virus on it and then touching their own mouth, nose, or possibly their eyes.

For more information regarding the flu, visit https://www.cdc.gov/flu/

Recently Ms. Anagnostos’s Forensics class completed a lab on blood spatter. The purpose of this lab was to recognize stain patterns that were created on impact from different items on butcher paper. The students analyzed the size and features of the patterns created which they can then determine the velocity of the item, direction of the assailant and the kind of weapon/trauma created. This will help determine the probability of blood evidence being on the assailant.

During this lab, the students answered the following questions: 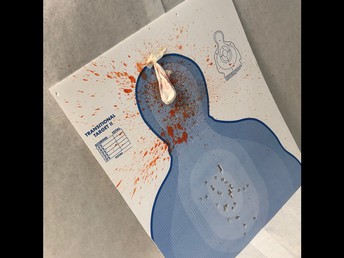 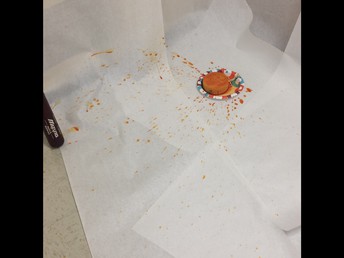 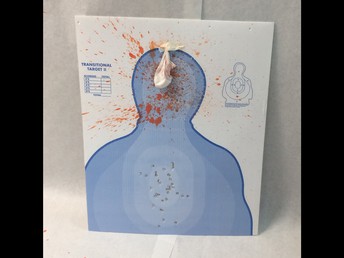 Our Key Club & Fashion Club are each working to provide the FISH Organization with winter accessories and winter coats as we experience these extreme weather conditions:

Fashion Club is hosting a winter accessories drive until February 8th. They are collecting new and gently used hats, scarves, gloves, etc. Items can be dropped off in the blue receptacle outside the main office.

Key Club is hosting a winter coat drive during the month of January. Coats can be dropped off in the receptacle outside of the main office.

All items will be donated to the FISH Organization.

For the past 3 years, Ms. Gitler's AP Biology class has visited the Rutgers Robert Wood Johnson Medical School Cadaver Lab. This experience provides the students with the opportunity to view and ask questions about the human anatomy. First year medical school students, under the supervision of their professor, Dr. George Mulheron, introduce the AP Biology students to the human body systems using donated cadavers which they dissected during their first semester. Ms. Gitler’s students are encouraged to examine the organs and connective tissues of each body so that they can become familiar with structure, texture, mass and function of each. They also examine diseased organs to gain a better understanding of how disease affects the human body.

Shout Out to Mr. I and the Music Department for a very successful Listening Room 12.2 - Family Jam Night! It was a night to celebrate family, community and live music with our talented music scene at MHS. Boomer the Blue Jay joined in the fun and posed for photos after the show! Thank you to Tam Garcia, a local singer-songwriter who joined our music scene as the show opener!

Shout Out to our 2017 alumni who came back to visit and spoke with our seniors about college and what they can expect with topics including preparing for college, dorm living, extra-curricular activities and time management. The Counseling Office organizes this program each year for the current seniors. Thank you to the following alumni for returning to MHS to speak with the students:

Welcome to our newest addition to the Blue Jay Broadcast!

We wanted to make a section to highlight our alumni. There is a big world beyond Middlesex and we want to share with you some of the incredible things our alumni have done. This can be in the arts, trades, business, education, medicine, volunteering, science, armed services and the list goes on. We hope that these spotlights can encourage our students and parents to explore and engage in conversations about the variety of career paths.

Recently we caught up with Michael Torre, MHS Class of 2013, who shared the following with us:

"While at MHS, I was part of the music program and a member of the soccer, cross country, and tennis teams. After graduating from MHS, I attended Princeton University. During my time as a student, I was a tour guide who led official tours of the campus to visitors and prospective students. I was also a member of the Princeton Band and spent one year as its student conductor. I graduated from Princeton in 2017 with a degree in Chemical and Biological Engineering and a minor in Materials Science and Engineering.

Since graduating, I recently moved to Austin, Texas to work as an engineer for a start-up company called Electroninks. Electroninks formulates and makes conductive, silver-based inks. The math and science courses offered by MHS (particularly in Calculus, Chemistry, Physics, and Materials Science) encouraged me to pursue the field of Chemical Engineering in my academics and in my profession."

Do you know of an alumni who would like to be in the spotlight? If so, please contact Alaina Sviderskis at sviderskisa@middlesex.k12.nj.us

Are you on social media?

If you're on social media, we have a few recommendations...
Middlesex High School Twitter