Effective Movement for the Stage

Effective Movement for the Stage

Blocking involves the planning of the actors’ movement from one “stage picture” to the next. Blocking should be purposefully planned to further develop character and story. Effective blocking will heighten the audience’s interpretation and enjoyment of the play.

Levels refer to the height of characters on stage

There are three basic levels:

HIGH (Standing or using a platform of some sort) 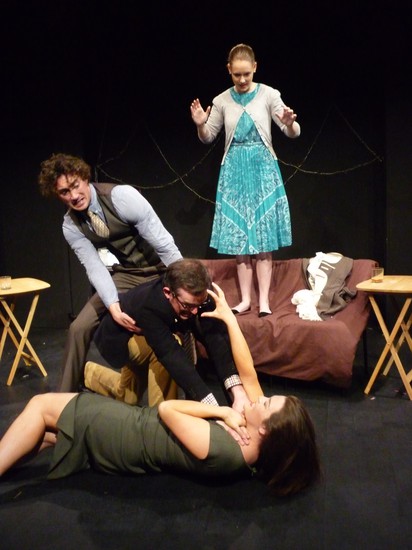 Focus refers to WHERE the audience’s attention is drawn.

The actors must make sure the audiences’ focus is always on the correct characters or group of characters.

People look where others look SO if characters A and B are both looking at character C the audience will also look at character C. This is called DIRECT FOCUS.

COUNTER FOCUS can add variety - this is when a Director has A focus on B who looks at C who looks at figure D. The audience will follow the sight lines to character D.