samuel is using Smore newsletters to spread the word online.

Get email updates from samuel:

In his first game he had five tackles and he recovered a fumble. JJ Watt is a defensive tackle for the Houston Texans; he was born March 22, 1989 . in 2012 JJ Watt broke the Texans franchise record set by former teammate Mario Willians. In 2014 JJ Watt got a six year extension deal which made him the highest paid defensive player 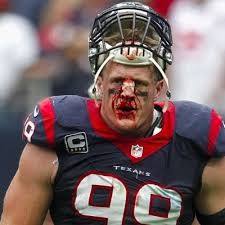 samuel is using Smore newsletters to spread the word online.