Get email updates from Tessa: 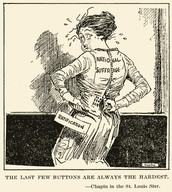 Letter to the Editor

In regards to the article you have published last week about the fellow names Jay Gatsby. I would like to inform you of the real reason he received his money. He did not kill a man, he is not a German spy, and is not truly an Oxford man. The real reason Jay has gotten his money is hard work and success. Jay Gatsby, (James Gatz) grew up on a poor North Dakota Farm. After dropping out of college he meets the famous miner Dan Cody. From there he learned the ways of the wealth and luxury. But after Cody’s death, his mistress had taken all of the money that was meant to be Gatsbys. After joining the war and finding out the love of his life has married another man, Gatsby set out to build his life from the bottom to the top and achieve the wealthy dream. By hard work and determination Gatsby has achieved his dream and proved that if you believe in hope it can get you any where. I think all of us should be more like Gatsby.