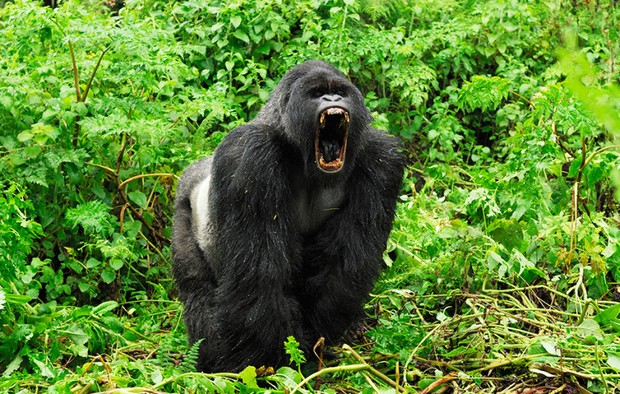 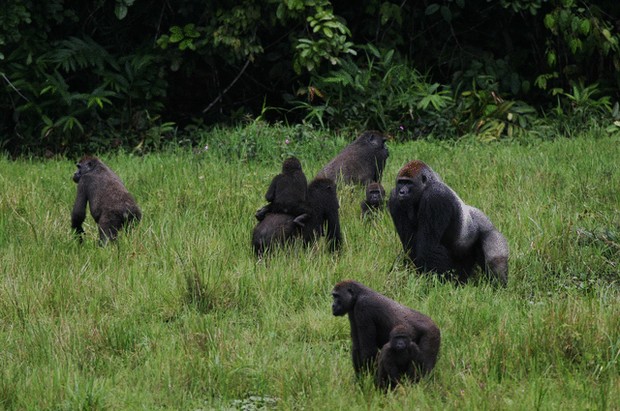 Gorillas use their legs and hands to move. They have 2 legs and 2 hands like humans. But they use both legs and hands and fingers to walk (Brewer 17). They curl up their fingers so they don;'t get injured and they use them to grab food. They run and walk and jump from limb to limb sometimes. Adults are slow because of their weight so they usually walk and young's could climb trees and jump and can also run so young's are faster than adults. Gorillas usually walk because of their weight and travel together so they go slow. They also go slow so they could all get the food and share together (Brewer 18). 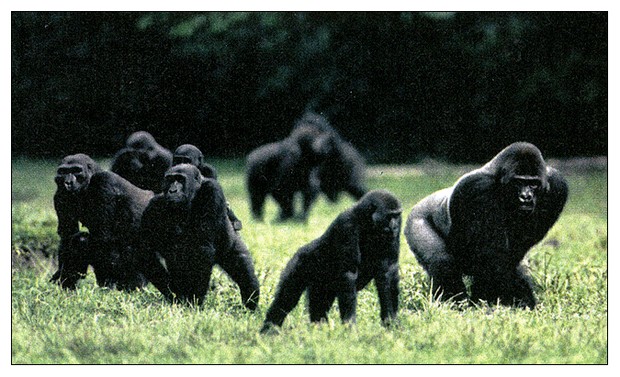 Gorillas all have hair. When they're first born they are born with pinkish skin. As they grow, their hair will turn black and stay black for the rest of their lives. Some gorillas have a brown or a grayish tint of color on their hair. Their hair does not change and they're the same for the rest of their lives. Gorillas are also vertebrates and have a backbone (Fleisher 44). 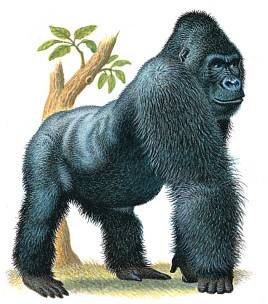 Gorillas are mostly vegetarians but they do eat some insects so they are omnivores. Gorillas eat 200 different types of plants and fruits. Their favorite plants are bamboo, wild cherry, and ginger plants. They also eat some worms, ants, termites, and other insects. Gorillas eat so much food. For example, an adult gorilla eats more than 40 pounds of plants a day! They have huge bellies and they eat until their stomach expands (Brewer 35). Gorillas do not drink much because they get water from the foods they eat so they do not nee to drink much. When gorillas find food they go as a family group and find food that way. The young ones could climb up tress to get fruits because the old ones can't because of their weight. So the adults find plants on the floor or climb up a little bit. After their done looking for food and eating it they sit down and wait until their food digests and then they're off to find more food. As they grow up their appetite gets bigger and they eat more food (Morgan 17). 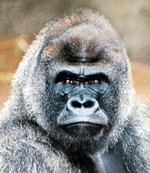 Gorillas reproduce sexually like all mammals do. Gorillas also reproduce internally where the sperm meet the eggs in the females body when mating. They develop the baby inside the female so they protect her. Usually 1 baby is born and twins are very rare (Gorilla). A mom gorilla gives birth to 1 baby every 4 years and makes 3 babies in her lifetime (Brewer 27). 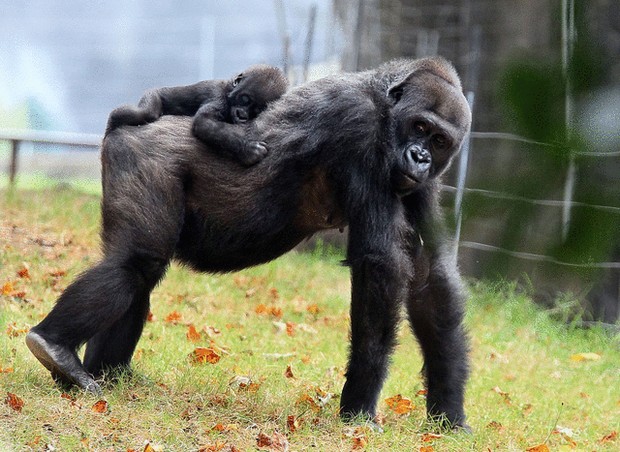 Gorillas are very intelligent animals. They stay together as groups and they are very shy. They will not harm anything or anyone unless you harm them. Gorillas will protect new born babies and protect each other when being attacked. Gorillas don't have much predators. Leopards could be when they try to kill the baby gorillas. Their biggest predators are us humans. For years hunters hunted gorillas and killed them and stuffed them as trophies. Hunters also hunted baby gorillas by killing any other gorillas protecting them. We have to stop hunting them because they are becoming extinct (Gorilla). 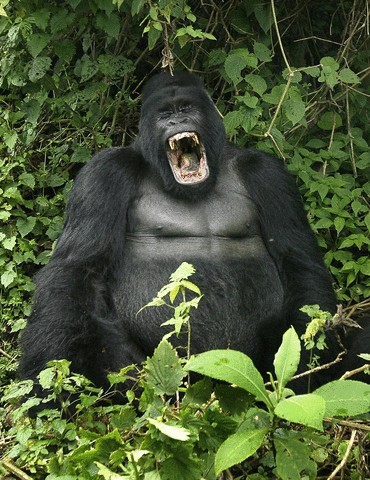 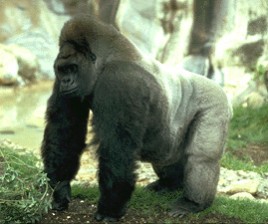