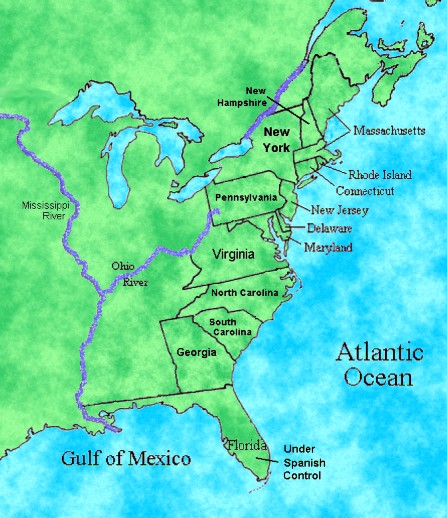 Jamestown begins the first settlement of the English in the Chesapeake Bay colonies. The town began with just a initial settlement of men. With this, they settled with the Powhatan Native Americans surrounding their town. This was somewhat help/hurt to the English people. At first the Powhatan help the white adapt to their new surroundings, showing them ways to live life easier. Later, after the English started classifying them as inferior, the Native Americans fought back, burning down buildings, and leading attacks of Jamestown, in which they surrounded.Later, after the conclusion of the starving years, the people of Jamestown discovered what brought them back to livelihood. They had discovered the crop tobacco, which later help the town of Jamestown flourish into a civilized settlement.
Get Directions

All aboard the subway to the colonial settlement of New York! The colony of New York was first established by the dutch in 1626 at New Amsterdam, but later the permanent settlement was done by the English back in 1664. The English had taken over New Amsterdam and renamed the area New York. During this time, they served as an agricultural resource with their fur trade and for the course revolutionary war, the British gained control over the city until the war was concluded. But soon after, they were governed largely and became a major trading port. Independence was gained and New York became a center of cosmopolitan nature.
Get Directions

Plymouth was the first English settlement to take place in the New England Colonies. The people that came across from England to Plymouth are known as Pilgrims. The Pilgrims were puritans and separatists searching for religious freedom away from the Roman Catholic Church. They came across the Atlantic in families so they could have a chance to reform the Anglican church. Because of the families, the population in Plymouth skyrocketed in comparison to that of Jamestown. They had both a religious rule and the 1st governing document, called the Mayflower Compact. Their Religious rule was known as the New England Way, and it stated that they learned how to read and write in order to use it in their religious studies. Lastly Plymouth flourished economically through their ship building and became a refined political area of the future.
Get Directions 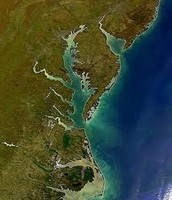 Chesapeake Bay is a beautiful environment open to all things that are incredible. It has a vast ecosystem, a fact filled history, and a mind blowing view. Whether your searching for a nature viewing experience or just a new place that you would like to visit, Chesapeake Bay has a lot to offer for anyone.

The Bay is located on the east cost, surrounded by both Maryland and Virginia and can be visited year round. Come and visit a place that endures all different animals, in different shapes and sizes, and explore the bay restoration that is happening now. 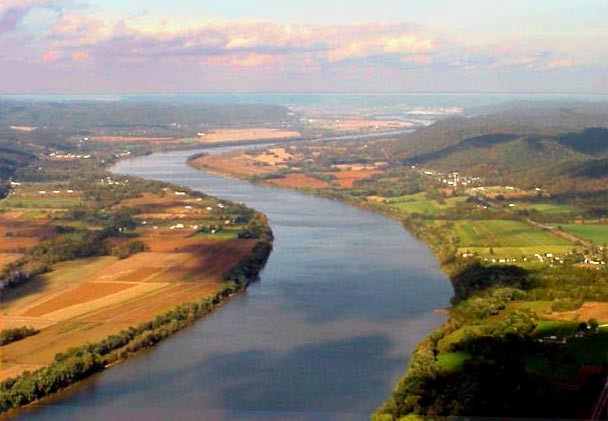 Come and experience the 981 mile wonder, the Ohio River! This wondrous spectacle isn't just something to look at, it also serves as drinking water for above 3 million people! With a wide range of biodiversity, the river runs all the way from Pennsylvania, to the Mississippi River which then runs its course down to the Gulf of Mexico.

You may want to Jump in and take a swim in this astonishing blue river, but you can only do so in certain areas!. The river is home to about 20 dams that regulate the water and its flow, some areas are closed off to people, but others are great to take a dip! Whichever state you may be in, come and discover the Ohio River.

1. Explain British's purpose for establishing the Georgia colony and the Pennsylvania

The British established the colonies of Georgia and Pennsylvania for very specific reasons. They establish Georgia as a social experiment. They put all of the persecuted people of England in this colony to act as a border between them and the Spanish which were settling in Florida. They also established Pennsylvania for an experiment, but for a religious experiment. They started a Quaker society that was accepting of everyone.

William Penn envisioned Pennsylvania to be a new way of life. It was meant to be a place of no religion and no government, a place that accepted anyone and everyone. He established a Quaker society for people in search of the new world.

3. What was the name of New York City prior to English control?

4. How did the English divide up New York?

After the English renamed New York, they divided up the colony into loyalties. They then began to flourish.

5. Why did the English focus their early colonization efforts on the North and South

The English focused on the Carolina's because they had rich agricultural potntial. They then started plantations and became rich in crops which made them an economic hub, and gaining them a lot of money.