Our Voices, Our Stories

Our Voices, Our Stories

This newsletter is written for educators, by educators to share real world stories, questions, ideas and opinions about how to address the social and emotional needs of students and the adults who teach them.

This month, the newsletter features voices of grantees on programs within their schools to improve school climate through community centers and student voice.

Share your story here! Complete this brief survey if you would like to be featured in a future newsletter. All publications are awarded a $50 gift card.

Reflections of a Teacher-Mom: Community, Love & Healing in the Classroom Webinar

What does it mean to use self reflection to expand our adult SEL toolboxes and build best practices as educators? How can you build your SEL practice with fellow educators and students? This is especially hard for those concerned with equity during the current political climate, but it can be done. Dr. Pilgrim will draw from her work and stories about her community in Brockton—a community recognized for its multilingual youth—to build SEL buy-in. Additionally, she will share learnings from her recent publication, Systemic Racism 101: A Visual History of the Impact of Racism in America.

Registrants will receive a complimentary copy of Dr. Pilgrim’s book!

The Nest at Osborne High School

The Nest at Osborne High School is the first full-service onsite community center in Cobb County School District that launched in Spring 2020. It is both a hub of support services, resources, and a set of partnerships between the school and community to provide a well-rounded educational experience for all students and families. The Nest is designed in response to student and family voice, needs and assets. The Nest intentionally takes a whole child approach to enhance and support students’ educational success through four pillars: Academic Support Services and Expanded Learning Opportunities, Integrated Support Services, Active Family and Community Engagement, and Collaborative Leadership. Through community collaboration, The Nest aims is to remove real life stressors that prevent students from succeeding academically, increase educational opportunities and resources, and equip students for life beyond high school.

The Nest At Osborne

Check out the podcast on Newport's Black Voice

Episode 3. Host Ellen Pinnock talks with Met High School sophomore, Gabby Brown, about her experiences as a black student and her amazing work as a student advocate for black lives.

The school year was still young in October 2021 at Thompson Middle School in Newport, RI. Yet, a group of 20 students had consistently received numerous referrals per month for fighting, or for what teachers labeled aggression or anger. The students were stuck in a destructive cycle, and the staff was at a loss for how to respond. It was this situation that produced the Heart Club, with the help of a trusted Newport School District community partner, FabNewport.

“If a student, within two months of school starting, is getting constant referrals to the dean, there is a deeper issue that goes beyond behavior,” said FabNewport’s Director of Community Engagement Ellen Pinnock, who introduced the Heart Club to the middle school. FabNewport is a nonprofit focused on immersive experiential and place-based programs to support social and emotional learning. A Newport native, Pinnock has lived in the city most of her life, and her daughter is a student at Newport’s Rogers High School. Pinnock brought personal, historical and practical knowledge, making her the perfect conduit to convey student voice to administrators’ ears.

The goals for the Heart Club program were to improve relationships for black and brown students at Thompson and give them an environment of their own. (All, except two, of the students in the program identify as BIPOC.) One perspective that was not considered by Pinnock: an authoritarian approach. “I am a Black woman, so the last thing I wanted to be to these kids is a disciplinarian, because there’s enough of that.”

Making the Heart Club a reality required collaboration among many stakeholders: parents, students, and administrators. Pinnock’s first move was to contact the students’ parents to get buy-in and approval to participate. Next, was determining a time and place to meet. Mondays and Fridays. During advisory. In the principal’s office.

On January 18th, 2021, the Club held its first meeting. In attendance were 20 students, Pinnock, Chris Gross, FabNewport’s Chief Empathy Officer and Nahly, an emotional support Golden Retriever. Over the course of four weeks, there were lots of discussions initiated by the students in between and during games and food challenges. The principal, Xavier Barrios, remains an ardent supporter and sometimes Heart Club participant. Said Pinnock, “The kids love him. He’s not standing above them talking down. He has a seat with them and talks about what is going on. He centers the kids in a way that they really need.”

The results have been promising. To date, out of the 20 Club members, only two have been referred to the dean—and each only once. And, the Heart Club newsletter launched in March.

Such an approach was implemented at Newport’s Rogers and Met High Schools. The students at both schools wanted change. Though two of the most racially diverse schools in the state, many BIPOC (Black, Indigenous, and people of color) students felt too many aspects of their school experience left them out of the picture. Accounting for nearly 65% of the student population at Rogers, and approximately 41% at the Met, these equity champions acted, with the support of Pinnock and Gross, to form the Young Philosophers’ Club.

The communal rallying cry for the students was the buildup of several factors. At Rogers, some students wanted more diversity in sports offerings, others wanted a Black Lives Matter logo painted on the gym floor. For the school’s BIPOC students in Cosmetology—80% of the class—neither the materials and products, nor the mannequins, reflected their hair or hair needs. “If they were going into the cosmetology field, they wanted to be able to work multiculturally,” said Pinnock. To organize efforts, a Diversity Relevance Committee was established, and the group began working on a Diversity, Equity and Inclusion policy. To date, the Committee has successfully lobbied for the BLM logo, which has been added to the Rogers’ gym floor; addressed the Cosmetology issues in collaboration with the teacher; and established curriculum conversations amongst teachers, students and administrators after a teacher’s midterm included offensive traits for Native Americans.

The task of listening to and elevating student voices continues in Newport. “It’s not perfect, but we’re working hard towards making it better for the kids however we can,” added Pinnock. “However, I am staying aware. I know about honeymoon periods, but I have faith in the kids. They are so excited when they leave, and they keep showing up. So that gives me faith that all is going in the right direction.” 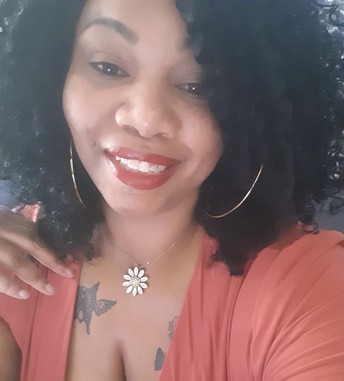 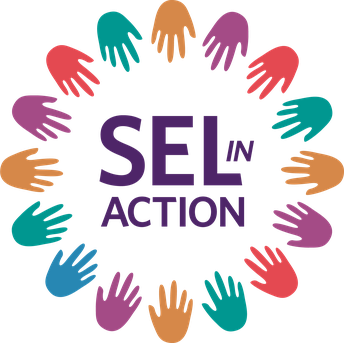 The SEL in Action Team

Thanks for reading! Please share this newsletter with your colleagues, tell us what you think by emailing us at selinaction@education-first.com.

Check out the calendar of events to browse supports, add calendar invites to your calendar or locate zoom links.