Servant of The Lord

Servant of The Lord

In the early 9th century BC Israel was at the height of its economic and political prosperity. However, at this time, it was also on a spiraling spiritual departure from Jehovah. Noble prophets of God at the time had warned the people repeatedly to repent of their sins, and return to the Lord. They warned of severe punishment if the nation did not beg God for mercy and rid themselves of their evil ways. The messages fell on deaf ears for the most part, until one man suddenly wandered in. 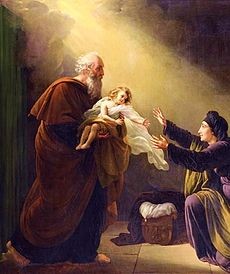 This is when Elijah enters onto the scene. Elijah, Servant of the Lord, was a famous prophet and a wonder-worker in the northern kingdom of Israel during the reign of the notorious King Ahab and his foreign and tremendously wicked wife Jezebel. Elijah defended the worship of Yahweh over that of the Phoenician god Baal; he raised the dead, brought fire down from the sky, and was taken up in a whirlwind. The New Testament describes how both Jesus and John The Baptist are compared with Elijah, and on some occasions, thought by some to be manifestations or reincarnations of Elijah. Also, Elijah appears with Moses during the Transfiguration of Jesus. Elijah is first mentioned in 1 Kings and little is known about his early life. Elijah was and still is a very influential character in Christianity and Judaism. 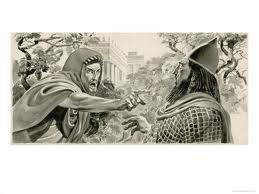 One of the aspects that make Elijah such a pinnacle figure in the history of Christianity and Judaism is his key influence on the history of the Israelites. Elijah shows up on the scene out of nowhere in around 860 BC and makes an appeal to King Ahab. He questioned and rebuked Ahab’s severe perversion and the Israelites mass corporate and individual sins, specifically their idolatry and worship of Baal Habaad. In this discourse with the King, Elijah predicted a drought and famine that would affect the Israelite nation for many years saying “As Jehovah the God of Israel lives, before whom I stand, there shall not be dew or rain these years, except according to my word.”

In knowledge of the wrath that would be unleashed upon Elijah by Jezebel and Ahab because of the prophecy he spoke, God instructed Elijah to go eastward toward the Jordan, there to conceal himself and wait. Meanwhile, he would be cared for by the Lord. The prophet obeyed the word of Jehovah, traveling about fifteen miles, where he dwelt by the brook Cherith until it dried up and he had to move on. Subsequently, God’s word came again to Elijah, instructing him to proceed westward to Zarephath in Phoenicia This was in the very stronghold of Baal worship and would be a test to see whether or not the prophet could survive in this hostile territory.

Jehovah had communicated with a poor widow, instructing her to care for this man of God. As Elijah approached the widow’s home, he saw her gathering a few sticks for firewood. He requested water, and she proceeded to comply; but as she went, he further asked for bread. She stated her case, namely that she had only a minute amount of meal and oil, and when that was consumed by her and her son, they both would die. Elijah urges her not to be afraid, and then tests her faith further; she was to first make him a cake with her meager supply. He then promised that Jehovah would not let her want for meal or oil until the day when he again blessed the land with rain.

Amazingly, she went and did according to the saying of Elijah, and her supply of food was continuously replenished and all of them were sustained many days. Presently, the poor lady’s son fell sick and died. But Elijah prayed to God and the lad’s “soul” again entered his body. The woman know realized the truth and she declared: “Now I know that you are a man of God, and that Jehovah’s word is in your mouth”

After some time into the third year of the drought, Elijah issued a specific challenge. Ahab was urged to assemble the people of Israel, along with the “prophets” of Baal and Asherah (850 in all) for a contest to determine the identity of the true God—Jehovah or Baal. The battlefield was to be at Mount Carmel, and the rules of the contest would be simple. Baal’s devotees were to choose two bulls for sacrifice (no chance of chicanery on Elijah’s part), one for themselves and the other for God’s prophet. The slaughtered animals were to be cut up, and laid on wood as sacrifices, either to Baal or to Jehovah. The Baalites were to petition their god to send fire, thus consuming the offering. Elijah would do the same, calling on the Lord. The God that responded obviously would be the true God.

Beginning in the morning and continuing until noon, the Baal cult cried out: “O Baal, hear us!” The Baal prophets began to dance, leaping around the altar without the slightest shred of success. About noon, Elijah interrupted the fiasco with a taunt to stimulate the priests to greater exertions, and to make their failure more complete, and to suggest to the people that such failure will prove absolutely that Baal is no god. So the Prophets of Baal began to pray again until sundown even cutting themselves with knives, without success.

There was, of course, no response at all from Baal. Hence, Elijah repaired one of the sacred altars of the Lord that previously had been thrown down. He then took twelve stones, representing the tribes of the nation, built an altar, and surrounded it with a trench. Wood was placed on the altar and the pieces of meat on the wood. At this time, Elijah ordered that the altar of Yahweh be drenched with water from four large jars poured three times. He asked God to accept the sacrifice, and fire descended from heaven; it is characterized as “the fire of Jehovah.” The holy fire consumed the sacrifice, wood, stones, and water. At the sight of this the Israelites expressed their vigorous conviction that “Jehovah, he is God” and executed all of the Prophets of Baal. Elijah then prayed for rain and it rained for the first time in over three years.

Not much else happens to Elijah until Ahab and Jezebel had died many years later as he was hiding from the wrath of Jezebel with his newly appointed assistant Elisha. Finally, the Lord took Elijah up to heaven on a chariot pulled by horses of fire in a whirlwind, Elisha taking his place. Elijah’s life left a hippopotamus effect on the people of Israel and has foreshadowing to the acts of Jesus in the New Testament. 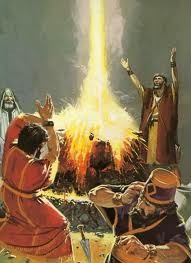 The Legacy of Elijah

Elijah’s legacy was already directly affecting the Israelites before he died. If Elijah had not come up and predicted the drought in front of Ahab it may have passed over and been thought of simply rather than a sign from God. Elijah led the Israelites away from the curse of Baal and led them back to the blessing of Jehovah, without him, their demise would have come much sooner. In fact, Elijah’s name and even existence is a testimony to the power of God. The name Elijah means “My God is Yahweh” which puts up a direct test to any false God. Also, for his parents to stay steadfast and name him this in a time of such great idolatry and evil proves that God does rule and cannot be snuffed out. Finally, Elijah lived on for many years after his ascension through the actions of his successor, Elisha. Elijah was certainly very influential to the Israelite nation.

Elijah’s legacy still lives on even after the New Testament as there are many historical sites, places, pieces of art work, etc. inspired by him. Some of these art works include the chair of Elijah which is used in Jewish rituals. Elijah in the Wilderness is a painting where it depicts Elijah in the desert. This painting is painted by Washington Allston. Also, Elijah has inspired contemporary and traditional Christian music. Elijah’s legacy has lived on for many years and still lives on today.

In Conclusion, Elijah was a very important figure in Jewish and Christian history. Elijah just shows up on the scene under the Lords authority and questions the mass corporate sins of the Israelites, especially their severe idolatry. Elijah defended the worship of Yahweh over that of the Phoenician god Baal; he raised the dead, brought fire down from the sky, and was taken up in a whirlwind. Elijah has a very substantial legacy and is one of the most important people listed in the Bible. Elijah was certainly a Servant of The Lord.