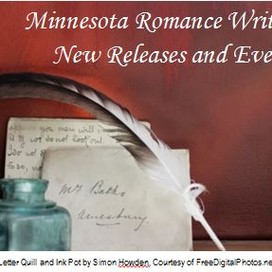 Get email updates from Minnesota Romance: 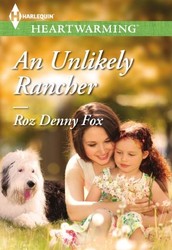 Jenna Wood had her new start all planned out when she bought an ostrich ranch in New Mexico. But from day one, nothing is quite what she expected—especially her tenant, Flynn Sutton. Jenna’s daughter, Andee, adores Flynn and his sheepdog, Beezer, but Jenna’s not so sure. She feels a connection, but Flynn’s a pilot, just like her late husband, and his work brings up painful memories. Still, when someone in town seems to have a grudge against Jenna, Flynn is there to protect her and Andee. Together they’ll find out who’s trying to intimidate Jenna, and why. And along the way, the three of them just might become a family.

You can purchase at: Harlequin, Amazon, and other online retailers 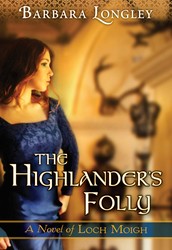 A brave fifteenth-century Highlander fiercely devoted to his foster family, Hunter of clan MacKintosh can defeat any man in battle. Thanks to his fae gifts, he can read the intent of his opponents and guess their next moves. But when the faerie Madame Giselle sends Hunter to the present day, he stumbles into a staged battle and rescues a young knight—only to discover that the knight is a woman, and she’s anything but a damsel in distress.

Meghan McGladrey learned martial arts and sword fighting from her father, a time-traveling Highlander himself. To Hunter’s surprise, Meghan is as skilled as any knight. When both of them are pulled back to the fifteenth century, Meghan becomes desperate to return to her time. Hunter, who is pledged to another, begins to fall for the beautiful, brave warrior as they fight side by side against a common enemy. Now, he must decide which matters more: his honor, or following his heart.

You can purchase at: Amazon

Arnaud de Sillègue d’Athos’s final mission for the king’s guards is to apprehend a dangerous spy known as La Belle Dame Sans Merci. Before retiring from the military to a quiet life, he is determined to strangle the ghosts of his past by facing that which he most abhors—a wicked woman.

Desperate to clear her name after a heinous crime is committed, Emmanuelle Vazet must prove her innocence and protect an orphaned child. Unaware she holds the key to her jailer’s future, it is sweet desperation that draws the two together. Ultimately Athos must choose between his fear of the past and the one woman who promises a future filled with love.

You can purchase at: Entangled Publishing 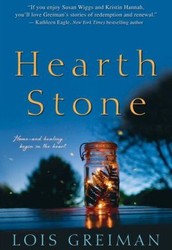 The first book in the Home In the Hills series.

You can purchase at: Kensington Publishing, Amazon and Barnes & Noble

Learn More About Us

Barbara Longley will be at the HarMar Mall location to greet and sign copies of her newest book in the 'Novels of Loch Moigh' Celtic fantasy series, The Highlander's Folly. 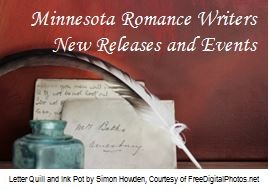