Information for the Day

Information for the Day 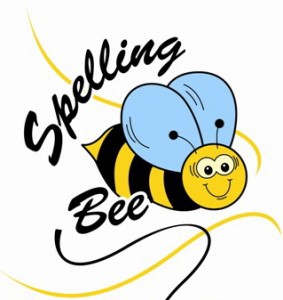 Congratulations on being a contestant at this year’s Archdiocesan Spelling Bee! Following are the rules and procedures for the bee.

Your school has provided you with the word lists for your division and the one above it. For example, if your child is in second grade, you will receive the list for grades 1 - 2 and 3 - 4. List links are available below if needed.

Your school pays the entry fee. There is no charge to you for entering the Archdiocesan Spelling Bee.

The spelling bee will begin promptly at the times listed above. Students must be accompanied by an adult who is to remain with them at the bee.

You should arrive at least 15 minutes early for registration, to draw seat numbers and to be seated. It is not necessary for you to arrive before registration begins. Once all students have spelled one word, late contestants cannot be added. Once the bees have started, no one will be allowed to go in and out of the rooms.

Have fun and good luck!

We will spell the words from your grade levels during round one and then move on to the next level for round two, if necessary. We will take a 10 minute break between the rounds.

If more than one contestant is still in the competition at the end of two hours, a tie will be declared.

If the given word begins with a capital letter, you must indicate this when you first begin to spell. For example, to spell the word Christmas, you would need to say, “capital C – h – r – i - s – t – m - a – s Christmas”

Repeat the word before spelling to help the judges make sure that you heard the word correctly. You will not be penalized if you begin spelling without saying the word, but if you spell the wrong word, even correctly, the word will be wrong.

You may begin to spell more than once using the same letters, but once a wrong letter is used, you may not begin again. Remember, you still have only 30 seconds to complete the word.

You should also say the word after spelling so that the judges know when you have completed spelling the word.

The judges reserve the right to ask you to repeat the spelling of a word, if for example, the judges have difficulty hearing you spell the word or if your voice cracks during the spelling.

When two contestants remain, both will be asked to stand at the microphone. Rounds will continue until one speller misspells. At that time, the opponent must spell that word correctly, plus an additional word to win.

If both students misspell the same word, a new word will be given.

The decision of the judges is final. The bee will be tape recorded and the recording will be replayed in the event of a dispute.

Parents and other audience members may not coach the contestants during the bee.

Photographs may be taken before and after the bee, but not during competition. Parents may videotape only their child during the bee and from the back of the room.

Audience members are asked to remain from audible reactions.

Please turn off all cell phones and pagers before the bee begins.

We ask that younger siblings remain quiet and in their seats. Loud noises and movement are distractions for the spellers. 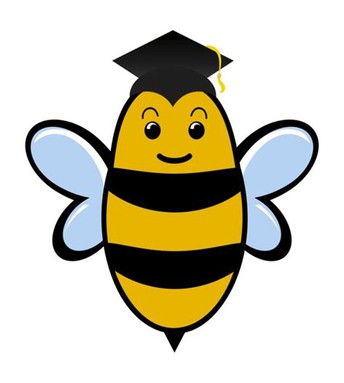 925 S Blvd, Edmond, OK, USA lcain@seasok.org 405-348-5364 stelizabethedmond.org/school
Embed code is for website/blog and not email. To embed your newsletter in a Mass Notification System, click HERE to see how or reach out to support@smore.com
close
Powered by Smore
Powered by Smore