brodi is using Smore newsletters to spread the word online.

Get email updates from brodi:

Laws Are Weak in the Face of Rising Gangs

This article is saying that throwing them in jail isn't going to do anything because their just going to do their time and go right back on the streets. Their theory is instead of putting them in jail they treat them like they have a mental illness and actually try to help them instead of just calling them criminals and putting them behind bars. They also want to make programs for the minors for them to have a better further instead of getting into gangs and not really having a good further or not have a further at all. 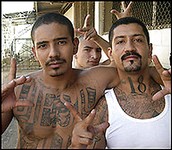 Territory:Central America, the westen and southern areas of the United States, Mexico 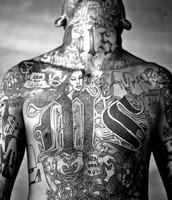 Territory: Nationwide, in predominately Territory Hispanic neighborhood in Chicago, New York, and other US cities

I kind of agree with both articles, the first one I agree with infusing tougher laws for the minors for them to realizes that need to stop with their foolishness but I would like to know how they will do it. I think no matter what laws they put out there their just going to find another way to get around it. The second article I agree with building program to help the minors so they wont follow in their family's foot steps and help them have a good further, I don't see the programs helping a lot of the older people that are already in a gangs because everyone already knows that once your in a gang theirs no coming out unless you want to die.

At the end of the day we are talking about people that kill people for fun. I know a lot of gang members myself that been in and out of jail and tired getting help but still they continue to do what they been doing all their whole life. When growing up and feeling like you don't have a family its pretty hard so once they get into a gang they never want to let go because they finally feel like they have a family.

brodi is using Smore newsletters to spread the word online.