Class of 2016 Graduates During Commencement Ceremonies

District commencement exercises took place at the Macon Centreplex May 26-28.

Visit Bibb Schools on Facebook to view photos from the graduation ceremonies.

Learn more about how to order graduation photos and DVDs. 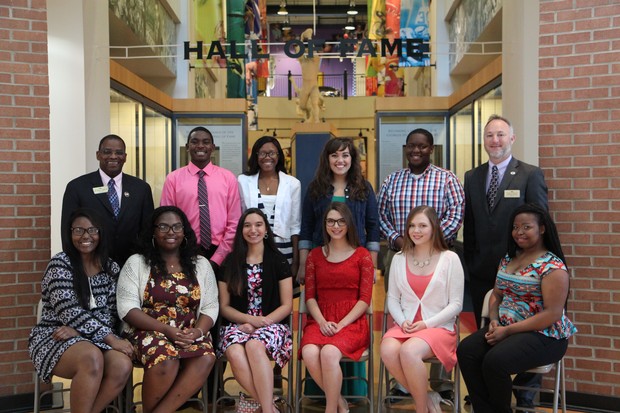 2016 Valedictorians and Salutatorians enjoyed a luncheon at the Sports Hall of Fame with Superintendent Dr. Curtis Jones, Board President Lester Miller and District Senior Cabinet staff. 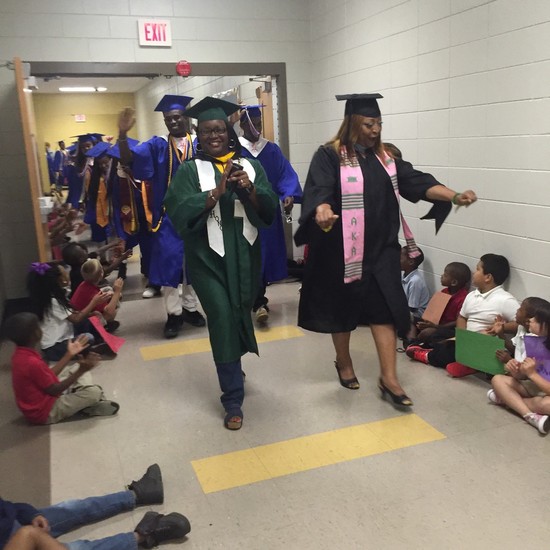 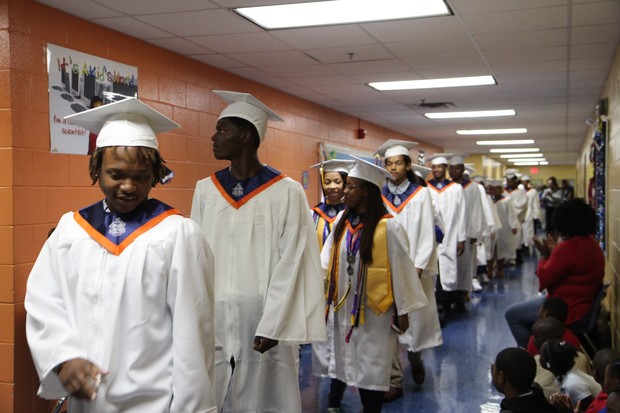 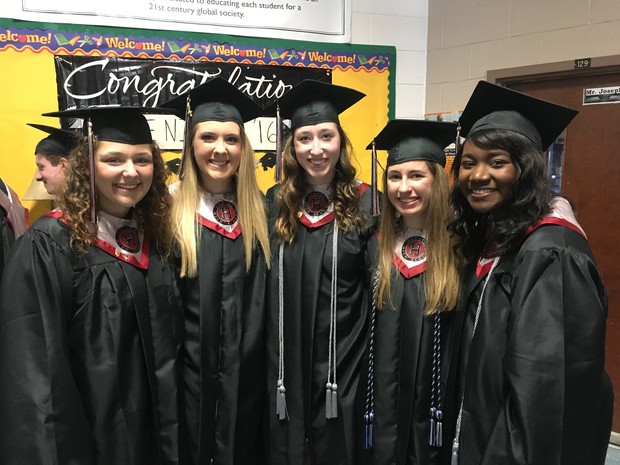 www.macon.com
Graduating seniors visted their elementary and middle school alma maters one more time, but this time, in cap and gown.

Elementary students cheered on the Class of 2016 as they made their way through the halls and teachers talked with their students about how hard work does pay off, using the graduating seniors as an example.

www.macon.com
Westside’s Brannen Nesbitt faced challenges that most students don’t during his time as a Seminole. 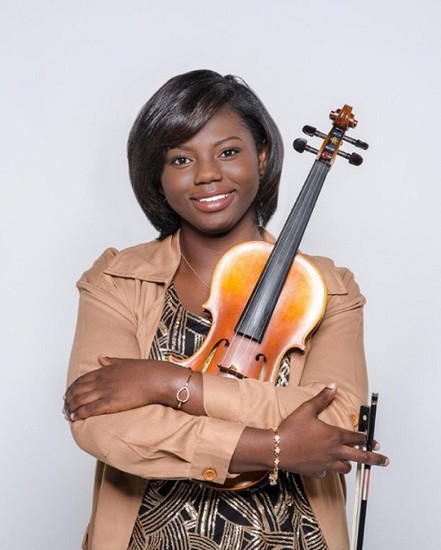 She'll be the first violinist and first Maconite ever to attend the GRAMMY Music Camp this summer in New York City.

Ashley Pointer, a junior at Howard School, says that when she picks up a violin, she knows that this is what she's meant to be doing.

What makes her stand out among violinists though, is likely why she was selected for the camp.

She's not just a violinist. She's an innovative violinist. She mixes arrangements of pop music as her accompaniment, and then plays other contemporary music heard on the radio to the track she created.

"This isn't anything that is a job for me and that's what is so rewarding. This is what I love to do. I go home [from school] and just jam. I could jam all day," she says.

Her mother, Charlita Whitby, says she started playing violin at five years old at Vineville Academy of the Arts.

Music runs in the Pointer blood. Pointer found out that she's related to the late GRAMMY-nominated jazz violinist and composer, Noel Pointer, who made his debut at age 13 in New York. She says she also grew up around musical siblings and sang in the church choir.

"It's crazy how much my sound resembles his. How ironic is it that a family member has done what I want to do?"

She's hoping the GRAMMY experience will help her clarify which route she'll take in the music industry and is looking forward to being exposed to facets of the music industry like audio engineering, production, journalism and more.

Violinist With An Ear For Pop And Soul 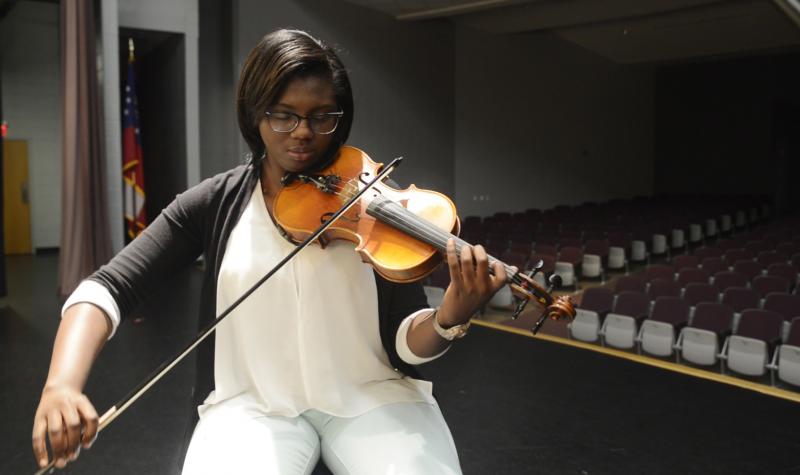 Heart For Violin, Ear For Pop And Soul

gpbnews.org
Ashley Pointer says with her violin, she can pretty much do anything the human voice can do. Ironically, she says it wasn't her decision to pick up her 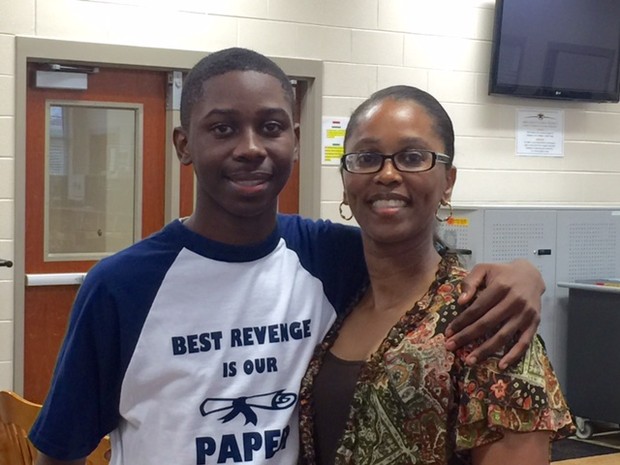 Timonte Lee, a newly-minted Southwest High graduate, never missed a day of school for all 13 years of his school career. He is the only student to accomplish that in the Class of 2016.

That means he attended 2,340 days of school, despite having open-heart surgery at 11 years old.

Lee says he will attend Savannah State University in the fall and plans to major in psychology.

Governor Taps 2015 Teacher of the Year for Advisory Committee 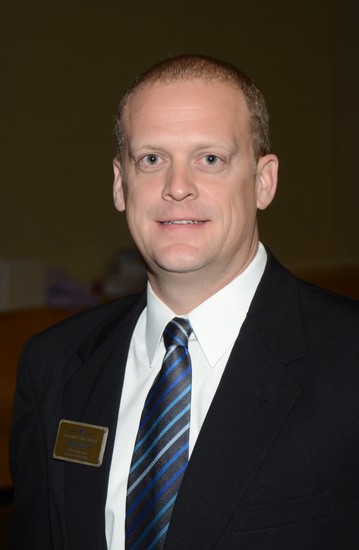 The committee will review recommendations from the 2015 Education Reform Commission in order to provide feedback and guidance to Deal, legislators and policy-makers, according to a release.

Butler will be one of 90 educators statewide to serve on the committee. 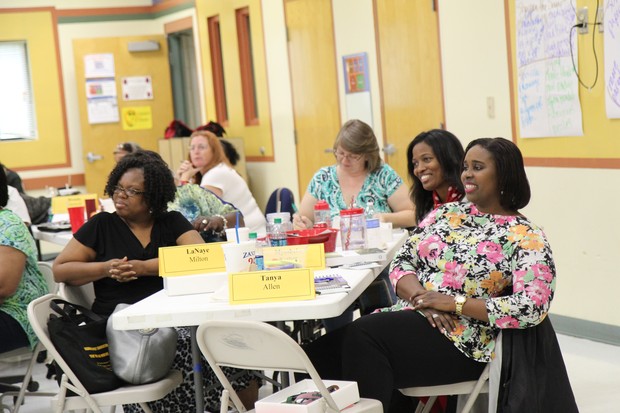 The Governor's Office of School Accountability recognized the student achievement growth at Burdell-Hunt Magnet School with a Gold Award.

The Gold Award recognizes schools with high growth in student achievement by earning a three-year average in the 97th percentile statewide on the Career Ready Performance Index (CCRPI).

“I am extremely pleased with the academic progress our students have made. This growth is attributed to teachers being focused and data driven to improve instruction and to students setting goals and being committed to meet learning expectations,” said Burdell-Hunt Magnet School Principal Tanya Allen.

Burdell-Hunt is one of 35 schools to receive the designation within the state of Georgia. 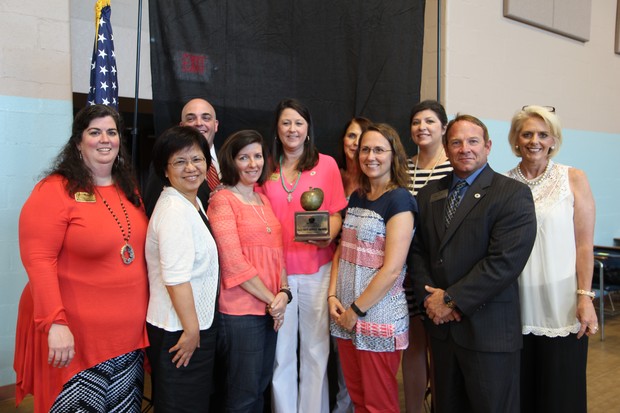 Communities in Schools, Inc. and the Bibb County School District honored school volunteers for their dedication and hard work during an appreciation breakfast on Friday, May 13.

The Red Apple Award went to Heritage Elementary School where 792 volunteers worked to reach 14,473 volunteer hours for the school year.

Jessica Rivers, a volunteer at L.H. Williams Elementary School, was named the Top Volunteer and received the Award of Excellence for volunteering a total of 1,651 hours. 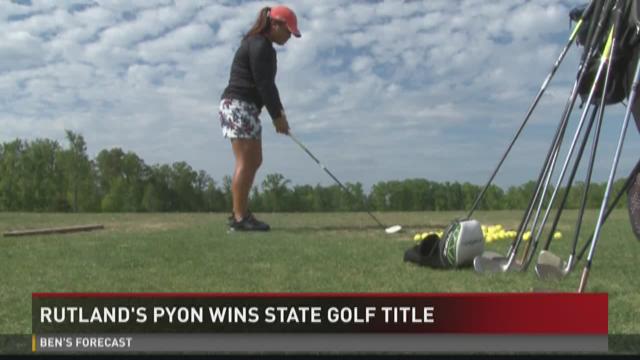 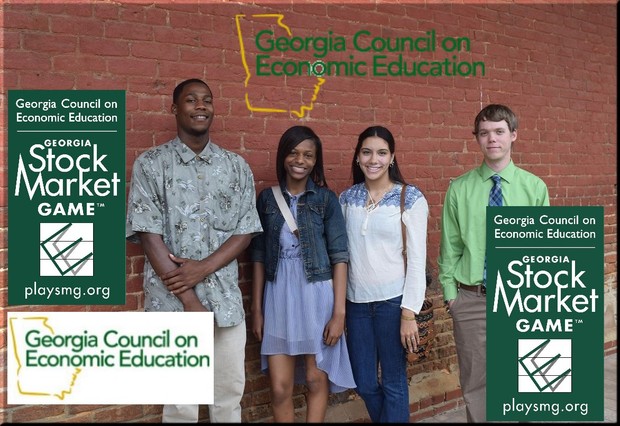 Congratulations to Westside's "Stock Market Game" District winners! The competition is sponsored by the Georgia Council on Economic Education. Teams are given a hypothetical portfolio of $100,000 that they invest over a 10-week period. The team from each school district with the highest portfolio value at the end of the 10-week trading session wins. Students were recognized at an awards ceremony in Atlanta. Pictured in the winning team are Senior Economics students(L to R): Antonio Gordon, Shakira Freeman, Taylor Garcia, and Team Coach (Economics Teacher) Mr. Cody Smith. 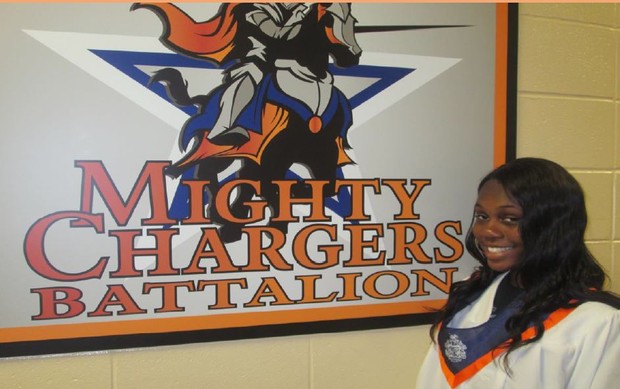 Cadet Deanna McCoy finished her High School Career with a 4.0 GPA and she will graduate in the top 10% of her class.

"Through the values instilled in me by my mom, I learned to give 100% of me to whatever I am participating in whether it’s work, volunteering, or school,” McCoy says.

She has been a member of the Charger Battalion for two years, and has been involved in several clubs like DECA, Key Club, Beta Club and National Honor Society.

She wanted to thank all of her teachers, and most of all, her JROTC Instructors for all that they did for her throughout her high school years. She plans to attend Mercer University to study medicine. 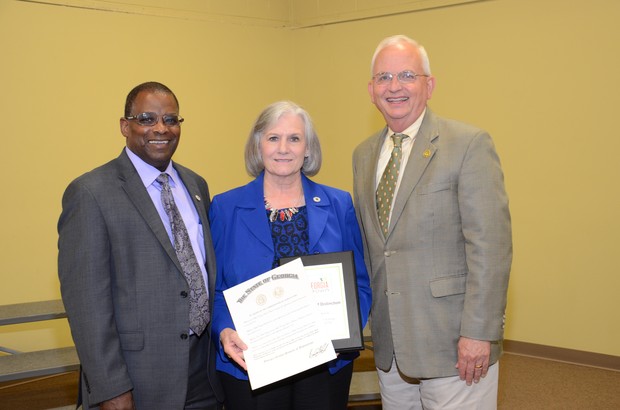 The Bibb County School District is one of three school systems statewide to receive recognition from the Georgia Department of Agriculture. This award was established to recognize nutrition directors and schools for being the “first to the plate” on developing superior farm-to-school programs on the state and national level. The District’s School Nutrition Program received this award for offering first-rate insight, abundant student involvement and stellar farm-to-school events that has led to further development of the Georgia Department of Agriculture’s multiple farm-to-school efforts.

Agriculture Commissioner Gary Black has said that Bibb County is on the forefront of the farm-to-school movement in the state and key to the success of the 20/20 Vision for School Nutrition in Georgia, which aims to have at least 20 percent of every meal in every Georgia public school every day to be comprised of Georgia products by the start of the 2020 school year. 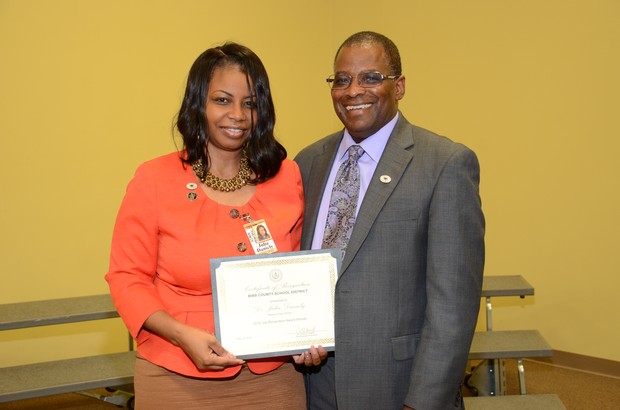 While she has been at Westside, the school received a competitive three-year School Improvement Grant Award in 2013; the National Beta School of Distinction Award three years for increasing membership by 100 percent each year; the SSTAGE Rising Award in 2015 for promising practices in developing the Response to Intervention (RtI) framework, process and procedures; and the Governor’s Office of Student Achievement (GOSA) two-year Innovation Fund Grant in 2015 to enhance innovative practices for school improvement. 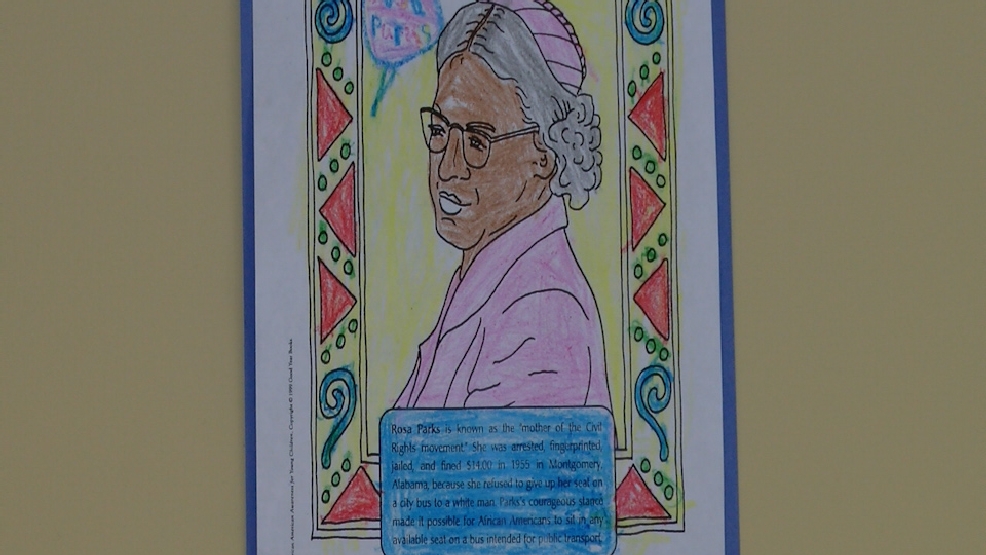 wgxa.tv
MACON, Ga. --First graders at Brookdale Elementary had their art on display Saturday at Tubman Museum as part of an action research project.Students completed a writing project in which they read books about civil rights leaders and responded to them--thro 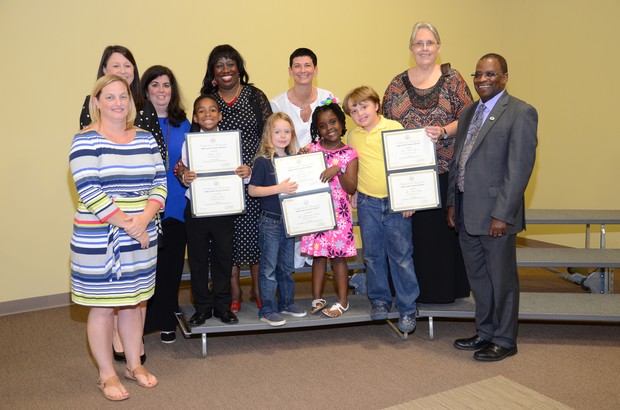 Retirees with twenty-five years or more of service were honored during the May 19, 2016 Board of Education meeting. 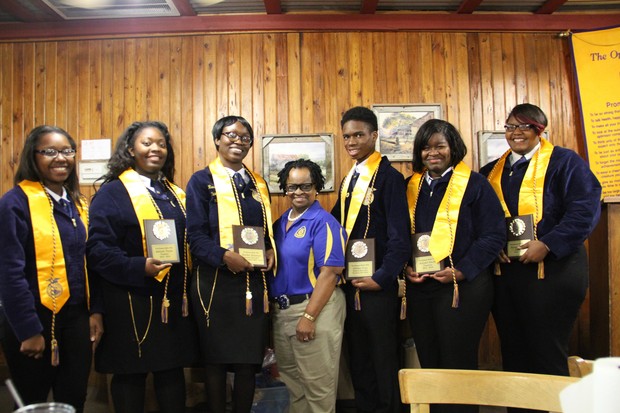 Vineville Academy of the Arts Orchestra One of Few in Georgia 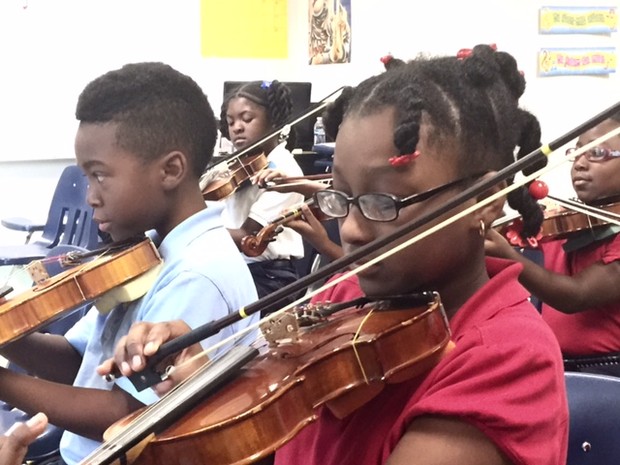 Vineville Academy of the Arts is one of a select few elementary schools in the state of Georgia that continues to host a strings program. Students have the opportunity to learn how to play the violin, viola, cello, or double bass. A multitude of skills can be gained during this course including fundamental music theory, beginning instrumental technique, critical thinking, musicianship, and accountability.

Kindergarten and First Grade students may enroll in the morning Suzuki Violin class. A parent or guardian is required to be in attendance so that they may learn alongside their child and reinforce proper technique. Parents leave the program knowing how to even if they had no prior musical experience. String students in grades second through fifth start violin with a more traditional approach where musical literacy and performance practice are a focus. These students perform for the Vineville Community during End of Semester concerts and recitals. While beginner classes are offered for every grade level, more advanced students are chosen for the Vineville Academy String Orchestra (VASO).

The VASO is open to any student that has developed a technical proficiency in both music and on their instruments while demonstrating good character representative of a professional musician. As a performing group, students learn a variety of repertoire throughout the year and are chosen to perform for the school and community. Recent performances include the Bibb County Superintendent Retirement Program, Bibb County School Board Meeting, and the Historic Vineville Associations’ Tour of Homes.

These students also represented Vineville Academy of the Arts at the Georgia Music Educators Association Large Group Performance Evaluation (LGPE). This year was the first time in approximately thirty years that an elementary school orchestra from Bibb County attended LGPE. The VASO prepared three pieces selected from the state list of graded orchestra pieces. After months of preparation, they performed for three renowned judges from across the state who used rubrics to assess the performance. The feedback provided lauded the ensemble’s accomplishments while offering advice on how to improve certain aspects of their performance. The Vineville Academy String Orchestra received many compliments including, “the grouped moved well and matched bowing style” and “there is good energy in this performance”.

As more students see interest in the fine arts, it is the goal of the Vineville Academy Strings Program to have every student technically proficient on their instrument. Students in the strings program also serve in leadership positions throughout the school including student council, academic quiz bowl, safety patrol, and the other fine arts programs at Vineville Academy of the Arts. The skills students learn can be used throughout life whether in school or their future career. Music, as all arts, is to be created from an individual and shared with others including peers, family, and the community we live in.

Reinforce Learning in the Kitchen This Summer 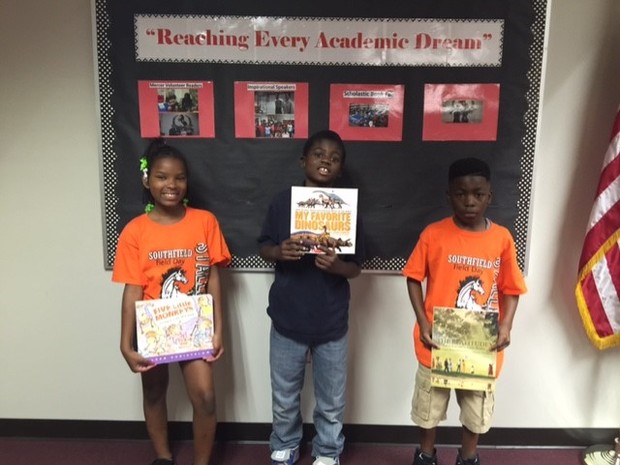 Throughout the year, the team read to students and mentored students about hard work and doing well in school in order to achieve their dreams. 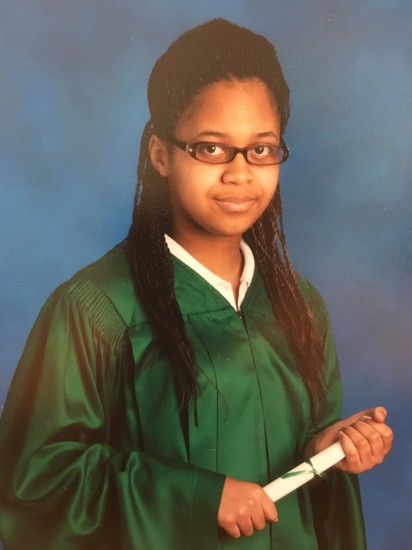 Two Bibb students will be attending the National Future Medical Leaders Congress in Boston this summer!

They'll hear from Nobel Laureates and National Medal of Science Winners talk about leading medical research, gather advice for how to pursue a career in medicine and more!

They were chosen for their "academic achievement, leadership potential and determination to serve humanity in the field of medicine." 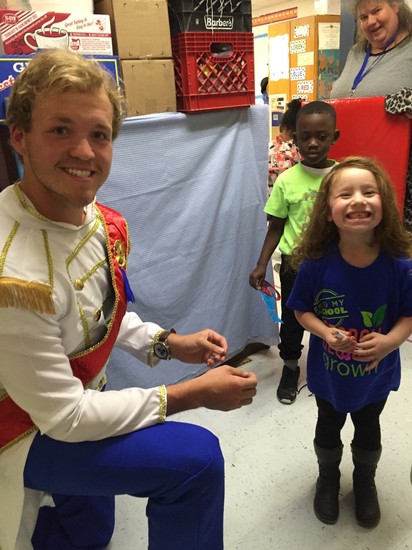 Heritage Elementary Pre-K through second grade accepted an invitation to the Fairytale Ball from Prince Charming.

Tell Us How You Would Like to Receive District Information 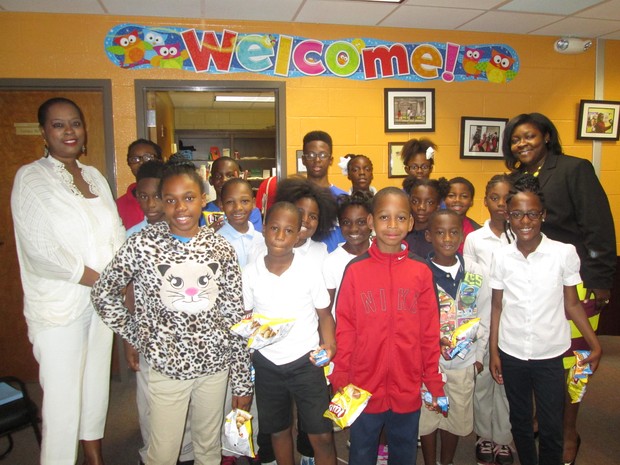 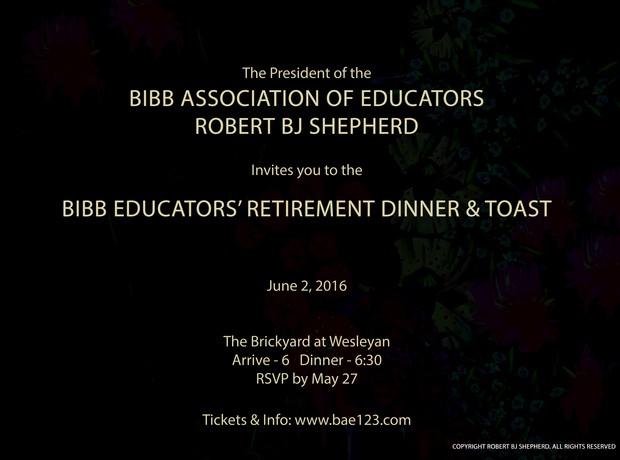 · The Bibb County School District newsletter is a monthly digital publication that serves to inform all stakeholders of District initiatives that manifest the District Mission and Vision:

· All content submitted to the Bibb County School District newsletter must be submitted by school staff.

· Email pictures as attached .jpgs. Please do not enclose photos in Word documents for inclusion in the newsletter. OneDrive links will be accepted.

· Ensure that anyone identifiable in pictures has permission to appear in photos and publications.