Callie is using Smore newsletters to spread the word online.

Get email updates from Callie:

BY: Breanna and Callie

BY: Breanna and Callie

Postmodern literature is a form of literature that has style with idea and relies on things such as unrealistic plots, parody, and dark humor. Authors of this tend to reject boundaries between high and low. It is best known as being against the popular literary style modernism, rejecting a set plot and a happily ever after. For example, modernists would portray World War II's outcome as troubled and undergoing disaster where postmodernists would portray it as one of our many disasters that we aren't coming back from. 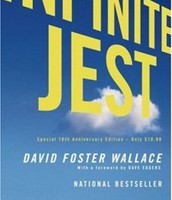 "The recently-departed Wallace left behind the most intriguing, in-depth, comedic, sorrowful, apprehensive and overall sagaciously maximalistic read in the postmodern canon. The parallelism between the Enfield Tennis Academy and the Ennet Drug and Alcohol Recovery House using alternating esoteric and colloquial words (and his trademark endnotes) creates the most epic and exhausting novel of modern times." 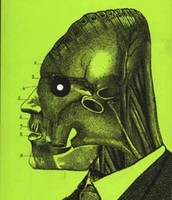 "So much has already been written about this book’s impact that to go further would seem superfluous. Arguably the novel that put postmodernism on its contemporary path, filtering paranoia, drugs and influences from erotica to detective fiction to science fiction comprises one of the most influential and unforgettable works in modern literature. [JFrater: This is one of my all-time favorite books - if you haven't read it - do it!]" 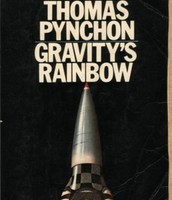 "To faithfully describe this novel is to end in failure: a pastiche of paranoia, pop culture, sex and politics that turns narration on its head with subtle metaphorical discipline, as the lives of several people center around the parabolic venture of the rocket “0000.” Comparisons of the novel and its symbols to Ulysses and Moby-Dick do not do justice to its singularity."

temporal distortion: the use of non-linear timelines and narrative techniques

metafiction: the act of writing about writing or making readers aware of the fictional nature of the very fiction they are reading.

Callie is using Smore newsletters to spread the word online.