News and Information for Head Teachers and Governors

News and Information for Head Teachers and Governors 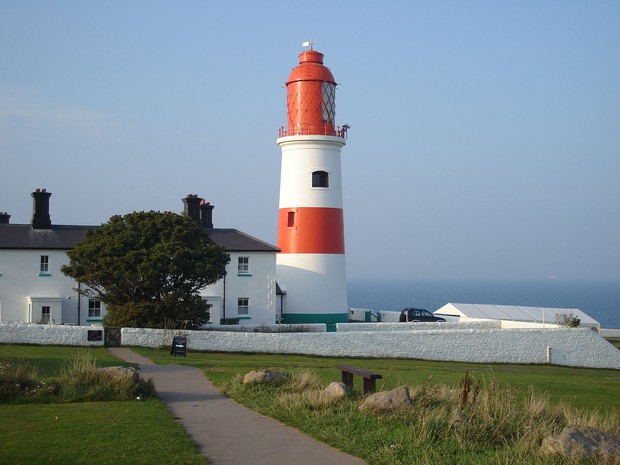 It is a pleasure to write the editorial for the newsletter. The final results for all key stage attainment and progress have been published, and I’d like to start by saying well done to all our pupils, their parents and carers, our head teachers and governors, teachers and support staff on yet another very good set of key stage results.

To summarise, at the end of primary school tests we were:

The context for the attainment and progress of our pupils at all key stages is that South Tyneside is around the middle of the bottom quartile using the key ‘deprivation’ measure (the index of multiple deprivation).

Also very pleasing is pupils’ attendance. There is a close correlation between pupils’ attendance at school, and their progress and attainment, and I know that classroom teachers, head teachers, school governors and the local authority support good attendance in a variety of ways. Parents and carers in South Tyneside are aware of how important regular school attendance is, and of ensuring their children attend regularly. As a result, primary pupils attend at the national average rate (about 96 per cent). Attendance of secondary-age pupils, at nearly 95 per cent, is excellent – fourth out of 11 neighbour council areas, and above the national average. The only issue, which I think should be the focus of our attention going forward, is the percentage of pupils who are persistently absent (defined as pupils missing 15 per cent of lessons). This is 2.4 per cent in primary (national is 2.1 per cent) and 5.5 per cent in secondary (marginally above national).

In terms of local authority news, the council’s cabinet agreed a policy position with regard to schools whose governors apply to the government to convert to academy status. Most of you will know that there are one-off costs, and potential future financial and other risks to the council when schools convert. The council has considered costs and liabilities, and in future will ensure that the costs of conversion to academy status are met by the converting school (or multi academy trust); that pension costs (for previous, present and future staff who are in the local government scheme) are met by the school; that there is no increased cost to the council if the school concerned has been built and is currently maintained through the private finance initiative; and current community use is protected.

Finally, thanks to all the many governors who attended the conference last week. We discussed school governance and the challenges for a schools system in the context of the needs of pupils in an exponentially-changing world. I want to engage further with our schools community on these issues in the coming year.

The service is in the process of being established. The recruitment process for the new head of service will commence before the end of the month, and three of the five service managers have already taken up post:

A selection process has started to recruit to the two early help service manager posts (0-11 and 11-19), and we’ll be informing you about appointments and contact details as soon as we can. 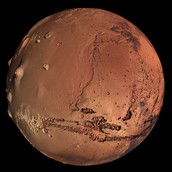 The spring term governor conference took place on 7 February 2017 at Harton primary school and was a great success. There were 60 attendees representing 40 schools.

The school meals service provided refreshments for governors. Cllr Atkinson opened the event and John Pearce then provided governors with an update on the local authority perspective on school governance.

Chris Kiernan led a session on ‘Life on Mars’, which asked governors to consider the future education system. Jessica Pattison and Stephanie Christie ended the event by providing a presentation on computing in the classroom. There were informative displays on evolution of digital technology, pupil outcomes and health and well-being (mental health resilience).

The governor support service is in the process of collecting a suite of model statutory policies which will be circulated to schools and governing boards in the summer term. Policies will be kept up to date and circulated at least annually.

Your Council catering team would be delighted to meet your Student Council to discuss their views on their school meals and how we can further promote healthy food choices. Please ring Elizabeth Luke for more information and arrange a meeting.

National data from the 2015-16 cohort of children was released before Christmas with the following key results for the borough of South Tyneside:


Individual school level data with be sent out to schools mid-February 2017 in order to aid planning. Please share your data with your SMT and the rest of your school community where relevant

In-line with national empty classroom day (see here) and to showcase the recently refurbished Water Activities Centre, Simonside Outdoor Adventure is holding an open-week from Monday 15 – 19 May 2017 entitling schools and academies to one free activity.

The centre is now an AQA unit award scheme approved centre in order to assist students to gain alternative accreditation through participating in outdoor education. As a result, young people can gain entry level certificates (levels 1 to 3) and personal and social education (entry level 1 to 3 and levels 1 to 2).

This is a charity for ex-military, which has subsidised, but not free, offer to schools. The charity’s offer is helpfully summarised here.

SkillForce managers are aware of the cost issue for many schools given the present budget reductions. However, the charity is very flexible about how they work, and can, work with a cluster of schools rather than one. If you want to find out more, please email Sarah Haigh at Skillforce.
sarah.haigh@skillforce.org skillforce.org/

The DfE has announced details of schools revenue funding for 2017-18. Pupil premium allocations for financial year 2017-18 will be published in June 2017 following the receipt of pupil number data from the spring 201. For details see here.

The National Audit Office (NAO) has published its report into the financial sustainability of schools – see here. The NAO is very critical of the financial management of the DfE and calls for the DfE “to get their act together” and start providing some support for schools.

Nine projects with plans to tackle specific forms of abuse affecting children have been awarded a share of government grant funding in 2016 to 2018, worth more than £2 million. See here

For provisional information on the 2016 phonics screening check and assessments at key stage 1, including breakdowns by pupil characteristics, see here.

The DfE has issued statutory guidance for assessing and reporting the early years foundation stage (EYFS) profile in the 2016 to 2017 academic year here.

The STA has issued statutory interim frameworks to support teachers in making an assessment judgement for each pupil at the end of key stage 1 in 2017 here.

England’s results in PISA 2015, including an international comparison of the science, maths and reading performance of 15-year-old pupils have been issued – see here. In summary, English 15-year-olds continue to perform significantly above the OECD average in science while they remain at the OECD average for mathematics.

Ofsted has produced a survey report on governance arrangements in complex and challenging circumstances. Ofsted says it will keep tabs on governors not committed to their roles after it found many lack the expertise to hold school leaders to account – see here .

Schools are “struggling” to provide for autistic pupils following a 25 per cent increase in autism diagnoses in the past four years, according to government data and local area inspection letters. 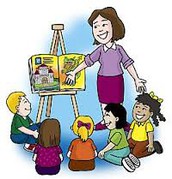 A pilot to encourage qualified teachers to return to teaching in state schools saw mixed results last year. Out of the 428 returner teachers trained in the pilot last year, 100 were languages teachers and 106 were English. There were 574 “returner teachers” who applied to be involved in total. Only 17 teachers were recruited to re-train in chemistry, however, and 18 to physics – with computer science the next lowest at 27.

A tenth of schools are losing their head teacher each year. Almost 1,000 heads left their post at an English school in 2014-15. If the response from 80 councils was extrapolated, it would account for 1,843 schools out of a total of 16,754, excluding academies and nurseries – 11% of the total. Over a five-year period, 4,000 head teachers left in 76 local authority areas. Over 3,000 heads are estimated to have retired, with almost as many resigning, and experts say many are leaving the profession

The Institute for Apprenticeships will be established from April 2017 to support the government’s drive to deliver 3 million apprenticeships by 2020, by requiring at least 2.3 per cent of the workforce in public bodies in England to be apprentices.

This new duty, which was brought in as part of the 2016 Enterprise Act, will apply to public sector bodies with 250 or more employees. This includes schools, academies and trusts, and is set to be implemented from 1 April 2017. For full details on public sector apprenticeships, see here.

Over the next year, the children’s commissioner, Anne Longfield, along with a panel of politicians, academics, sports, charities and cultural leaders will embark on the Growing up North project which will gather data on children in the northern region to examine the factors that influence their progression. This project will build upon already existing work by academics, public bodies and businesses, with hopes to increase the understanding of children’s attitudes, aspiration and expectations and how these relate to locality. The project places a heavy focus on early years’ education. Although the North East has the best primary schools in the country, the region is still suffering from severe unemployment rates.