Union Dissolves & The North and South Face Off

Union Dissolves & The North and South Face Off 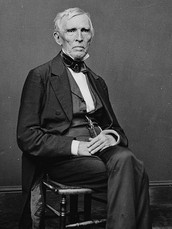 An unsuccessful proposal by Kentucky Senator John J. Crittenden to preserve the union and resolve the U.S. secession. Senator John J proposed to draw the old Missouri line though the remaining territories. Lincoln quickly rejected the plan, he was against the spread of slavery. But Lincoln did protect slavery where it already existed.

The Fall of Fort Sumter

Border states-Slave states that had not declared a secession from the United States. 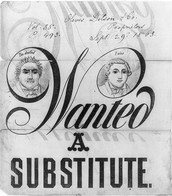 The Union needed to find a new way to recruit soldiers. They officially signed the Enrollment Act on March 3, 1863. All men between the ages of 20 and 45, and all immigrants were required to sign up to fight.

Names were selected from the lottery, and men had three options. Fight, find someone to take their place, or pay a $300 escape drafting. Men disabilities were dismissed, and some paid off their doctors to claim that they had disabilities. These reasons had many to believe that the Civil War was a “rich man’s war and a poor man’s fight.”

The July 1862 act allowed African Americans to fight in the war and the Emancipation Proclamation allowed them to enlist in the union army. This lead African Americans, to believe military service was a step towards citizenship, especially Fredrick Douglass. African Americans faced a great danger In the war that white union soilders easily avoided. If they were captured they would be sold as slaves, executed, and were treated as outlaws. In July 1863 African Americans played there first big role in the miltary when Union forces attacked the confederates forts. The attack was known as fort Wagner. On July 18th the officer and the 54th made it to the top of the forts walls, they suffered great loses like union commander expected. Eventually the confederates left the fort on September 6th and the African Americans were still not treated equally after there outstanding performance. 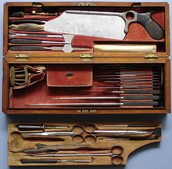 A day as a solider

Young recruits in the union and confederate where both enthusiastic about being unlisted and had little to no experience. Shortages where faced on both sides, some include food, uniforms, clothing, medical supplies, and rifles. They lived In unsanitary conditions which lead to death and disease for some, and spoiled food. Thousands died from illness, medical help was scarce and when a solider did get medial attention, it was a experience no human should ever endure. Soldiers had no pain killers during major surgery and many with minor Injurious died from infections. The worse conditions where the prisoner of war camps, they were filthy, overcrowded, and close to hell. Many soldiers suffered from boredom, were lonely, or homesick. Some men deserted but others coped by praying, singing, writing ,letters, or playing cards. 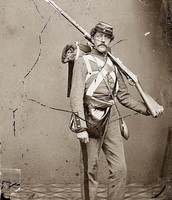 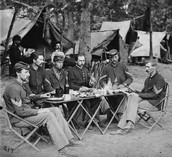 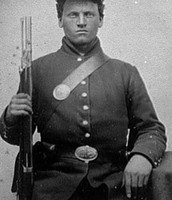 Many southners opposed the war when it went on longer than expected. The south passed the first conscription law in U.S history. Hearing abouth the negatives of the war volunteers became scarce and a draft was needed. When the draft passed a large tension was between the wealthy southners and the non slave holders. This leads back to " rich mans war and a poor mans fight". Plantation owners argued they had to stay to make sure there slaves didn't run away. Others opposed the draft because it went against there state right and freedoms. The confederacy allowed soilders to pay the bare minimum for farmers products. It put weight on the farmers on there families shoulders. Food became short and riots soon took place.

Northerners sympathized with the south and urged peace, while others thought the war was to costly for money and lives. The republicans sponsored a union draft and violence broke out. Democratic news papers had people thinking the draft was made to have white people fight for African Americans freedom, and have them steal our jobs. Angery white went through African American neighborhoods killing people, burning homes, and looting. They also went to destroyed wealthy republicans property. Union soilders got everything under control but at least 100 were killed. Copperheads also known as democrats who sympathized with the south and didn't activiely interfere with the war. Lincoln suspended civil liberties to quiet them and thousands of copperheads and opponents of war where arrested. 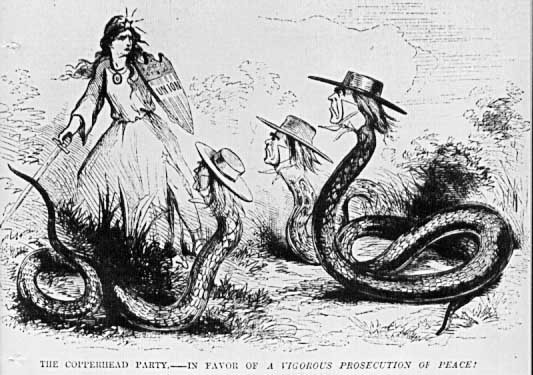