The Illinois Principals Association (IPA) encourages all communities and school districts in Illinois to celebrate Principal Appreciation Week October 15-21, 2017, and Principal Appreciation Day on Friday, October 20, 2017. This state-endorsed recognition was first approved by the Governor of Illinois in 1990 and is annually celebrated. The IPA also joins the National Association of Secondary School Principals (NASSP), the National Association of Elementary School Principals (NAESP), and the American Federation of School Administrators (AFSA) to recognize October as National Principals Month.

“Principals and educational leaders impact students’ lives in a significant way,” said Jason Leahy, IPA Executive Director. “As a former principal and having visited dozens of schools throughout Illinois, the quality of a school’s learning environment and the ability of a school to do what is best for its students comes as a direct result of the leadership provided by the school’s Principal and leadership team. Courageous leadership is essential to effectively educate students and work to provide the resources and support they need to be successful in the 21st Century. It is important that we recognize and encourage our schools’ leaders today and every day.”

Principal Appreciation Day provides learning communities an opportunity to publicly recognize the work, commitment and importance of principals, assistant principals, and deans throughout the state. The IPA invites all teachers, students, parents, and community members to perform some act of appreciation on Friday, October 20th to acknowledge the leadership of building administrators in Illinois’ public and private schools.

Oak Grove is fortunate to have Mr. Fenton and Mrs. Jackson proudly serving our students on a daily basis. We thank them for all that they do for our school, staff, and most important, our students. Please feel free to send them an e-mail or a note this week to offer your thanks! 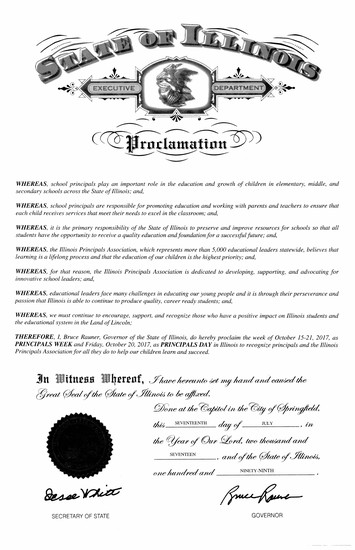 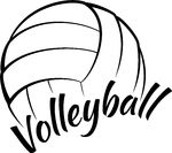 They did it! Undefeated season! Conference Tournament Champions!!

Congrats to Coach I and the 7th grade girls volleyball team on a great season! 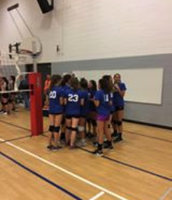 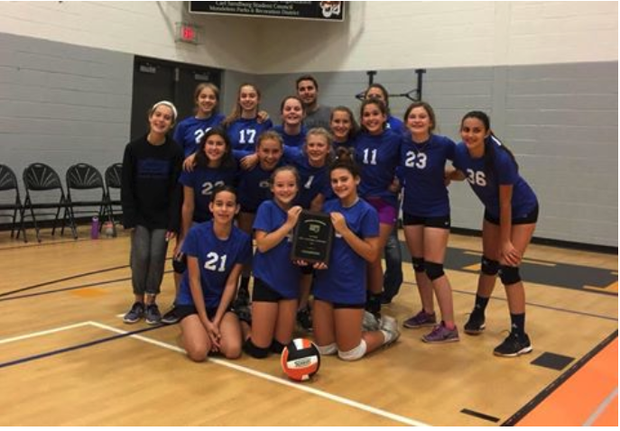 On October 7th, 2017, 8th graders Andrew Brooks, Ali Faiz, Brenden Max, Dylan McCarty, Caelan Riley, Shane Wimmer and 7th grader Ian Burke competed at the Sectional Meet at Millburn Middle School. It was a fight for first, but the boys took 2nd to yet another Millburn win. However, finishing 2nd was an automatic advance to the State meet in Bloomington-Normal, Illinois on October 14th. The boys traveled down State to Maxwell Park to run their final 2-mile race against 26 other teams and dozens of individual male qualifiers. The rain held off in time for the Oak Grove boys team to run their best race. Brenden Max came in first out of the seven with a time of 10:44, setting a record for fastest time at State for an Oak Grove Eagle. The remaining six runners managed to cross the finish line before the clock struck 12:00. After watching both Max (8th place) and Faiz (17th place) medal at the award ceremony, the boys listened silently as the official announced the team places in reverse order from 27th all the way down to 5th. At that moment, the boys knew they were going to be recognized as a top team. When the boys ran down to collect their 3rd place plaque, it was unsure if they knew they were making history! This marks the first time Oak Grove has brought home a trophy from State.

Congratulations boys. You’ve made me so proud! 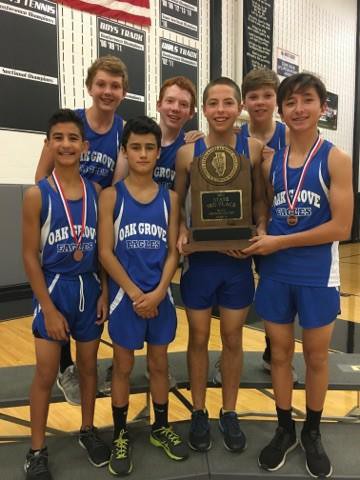 Oak Grove's Junior High singers did a great job participating in the LHS Junior High Choral Festival last Thursday. They sang with students from Rondout and Highland and then they sang in three combined numbers with the High School singers. It was a very memorable experience. 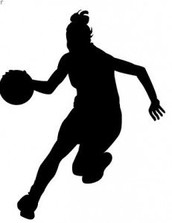 Basketball season is right around the corner!

There will be an informational meeting on Tuesday, October 17, in Mr. Oesch's room during lunch/recess, for 7th grade girls interested in trying out for basketball. Tryouts will be held on October 24th and 25th.

There will be an informational meeting for all 8th grade girls who are interested in trying out for the upcoming season. The meeting will be Thursday, October 19th at the beginning of study hall in Coach Kurtz’s room. Tryouts will be held Tuesday, October 24th and Thursday, October 26th from 3:30-5:00 pm. Attendance is required at both tryout dates.

In order to be eligible to tryout, a current physical must be on file with the junior high nurse. If you have any questions, please contact Coach Kurtz (kurtz@ogschool.org).

We are looking forward to the MAA, Mathematics Association of America, AMC 8 Math Contest.

The AMC 8 is a 25-question, 40-minute, multiple choice examination in middle school mathematics designed to promote the development and enhancement of problem-solving skills.

When is the contest?

How do I register?

Sign up with your math teacher by Thursday, October 19th, 2017

*Please, see the flyer in the virtual backpack for additional information.


Registration for Session 2 of the chess program is underway! The 10-week program takes place on Wednesdays from 3:30-4:30 pm and runs from 11/29/17 to 2/28/18. The chess program is taught by Chess-Ed instructors and is open to ALL Oak Grove students, and students of all chess abilities, novice through continuing, advanced and competitive players. Professional instruction will include the basics for novice players and build with opening theory, middle game planning, and end game combinations for all other student levels. Playing chess improves memory, uses analytical and critical thinking skills, teaches problem solving, responsibility, sportsmanship, social skills and more! The benefits of chess last a lifetime!

To register, please go to www.oakgrovechess.eventbee.com. DISCOUNTED Registration Fee applies through 11/22/17; Final and late fees begin 11/23/17. For more information about the program, please refer to the program flyer in the Virtual Backpack. Chess-Ed is looking forward to seeing your CHESS ENTHUSIAST this year! 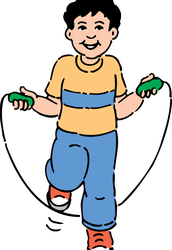 On Friday, October 13th, your child's fall fitness scores were emailed home. Please note the email does not come from an Oak Grove email address but the address of support@fitstatsweb.com with the subject line Fitness Profiles. If you have not received your child's report, check your spam/junk folder. If you have any questions, please do not hesitate to contact your child's PE teacher.

The Power of One!

I will not bully others!

I will not stand by while others are bullied.

I will refuse and report bullying whenever I see it because...

I have the POWER OF ONE!

This past week we gathered for a reading of "Nobody Knew What to Do" in 3rd grade and "Sorry" in 2nd grade, both written by Trudy Ludwig. Please check out her books and read them with your children. She does a beautiful job of writing about real situations that occur everyday in our schools!

The Week of October 16th

STAND UP for Others Week

When you see someone being bullied, be brave and STAND UP for them. Bullies have been known to back off when others stand up for victims. If you don't feel safe get the help of an adult immediately. Be part of the solution -- not the problem!

It's a time to see everyone's differences and celebrate their similarities: Whether students are LGBT, African American, Asian, Muslim, AAPI, of Tribal descent or disabled ... make friends.

K-4 Students can participate by~

In grades Kindergarten through 5th grade we are reinforcing the vocabulary: Recognize, Report, Refuse!

We can report bullying by going to a trusted adult and saying, "I NEED YOUR HELP!"

Volunteer for the OAK GROVE GALA ‘18

Our biennial Spring Gala will take place on February 24th, 2018 at Independence Grove. The Gala is OGSEF’s biggest fundraising initiative and we need the support of our community, parents, faculty and students to make it a great success. The event features food, drinks, entertainment, auctions and more. The Gala is also a great time to volunteer! If you are interested in participating in the planning committee, donating to the silent auction or volunteering, please contact Shellie Fahy at shelliefahy@att.net. All talents and skills are welcome (and needed)!

Join your OGS community for dinner and a little fundraising. A percentage of the proceeds from ALL sales during this timeframe will beneﬁt the Oak Grove School Education Foundation at no additional cost to you. So, after practice or homework – or just to take a break from the kitchen – bring the family by! You will probably recognize some of the faces delivering your food! 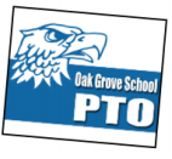 Don’t forget to turn in your Fannie May candy forms no later than Friday, Oct. 20. Return the white and yellow copies of the order form along with your payment, made out to Oak Grove PTO. Contact Cristina Buelow 224-430-3295 or Carlene Lichter 847-816-3925 with questions.

Just a weekly reminder to order your lunches from Marla’s. Go to https://marlaslunch.boonli.com/ to place your order. Orders are due by Monday at 9 am for lunch the following week. Thanks for your support!

Thank-you to Jen Klainos for organizing this years PTO Directory. With the help of Dave Huber and the cover art from Sarah Kallas, the directories turned out great! All pre-ordered directories were distributed last week to the youngest child in the family. Please contact Jen Klainos, jklainos@gmail.com, if you would like to purchase a directory.

Only 3 weeks until the Oak Grove School Mother/Son Luau! The event will be held on Saturday, November 4th, 2017 from 6:30-8:30 pm in the Junior High gym. There will be a DJ, photo booth, entertainment, snacks and raffle prizes. Get your dance and raffle tickets now at the link below.