Join us in a Poxviridae gathering to celebrate the long life of our most well-known, beloved, biggest and baddest family member Variola.

Variola requested that her funeral take place in her favorite host cells, that of which are human. Only her closest relatives were requested to attend.

To pay tribute, other Poxviridae genus'- Parapoxviruses, Yatapoxviruses and Molluscipoxviruses- are asked to infect as many animal host cells as possible.

MISSION: MONKEYPOX OUTBREAK IN WESTERN US

Monkeypox viruses (the rare Poxviridae disease most comparable to Smallpox) are asked to join.

When silly humans contact infected people or infected pets, the infection will immediately spread. Unfortunately, this will not last as long as smallpox, for a monkeypox virus only has a 2-3 week lifespan. Considering the environment will be warm on the date of commemoration to Variola, there is even more of a chance of thriving. The symptoms are similar to Smallpox, they just do not last and rarely are deadly.

WARNING TO ALL THAT ATTEND: The vaccine that killed Variola has been proven to prevent 85% of monkeypox outbreaks. 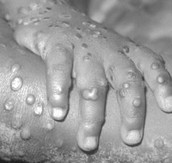 In 1973, the World Health Organization (WHO) eradicated our dearest Variola across the globe with vaccines. During the 20th century, the virus killed hundreds of millions of people. The virus was highly contagious... Once one cell was infected, every cell wanted Variola! Contaminated objects, scabs, and close contact, especially face-to-face contact, spread the virus.

After being infused into the host cell, Variola's viral genomes went straight to the cytoplasm. After being transcripted and translated, the viral DNA begins and continues to be copied. Once in the body, tainted cells quickly spread all throughout.

The human victims experienced a 1-2 week incubation period before they were exposed to the flu-like symptoms - rashes, fevers - though scar-leaving pus-filled bumps on the body were really what made smallpox stand out. Depending on the case, Variola was either present in a lethal major form or a milder minor form.

Like everyone else in the family, she was made up of a double-strand of DNA and replicated within the cytoplasm. Also, she was rather large and complex like the rest of us. Some said she was oval-shaped, others brick-shaped. Regardless, Variola was a beauty.

Nobody quite knows when or where or how Variola was born or transmitted. What we do know is how we lost our dear Variola... to a vaccine created that completely rid of her by December 1973. Her soul is stored in two stocks - one in Atlanta, Georgia and another in the former USSR. 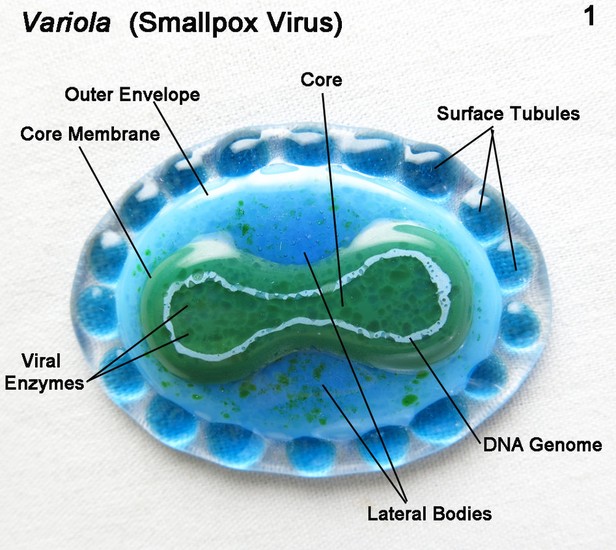 Follow Haley Kowal
Contact Haley Kowal
Embed code is for website/blog and not email. To embed your newsletter in a Mass Notification System, click HERE to see how or reach out to support@smore.com
close