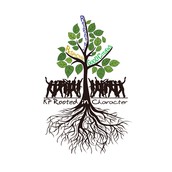 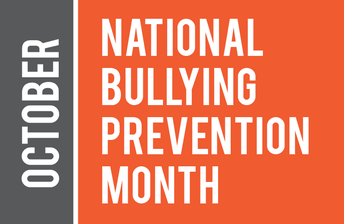 Our first full week of school has been full of amazing things. All of our 6th and 7th-grade teams completed their team building days where they practiced problem-solving, critical thinking, effective communication skills, and thoughtful reflection as they continued to build bonds with their peers and the staff members that will contribute to their success this year. We also had the opportunity to connect with families during our last Open House Night and held our first PTO meeting.

Our goal is to provide frequent and meaningful communication about what is happening in our classrooms to help you support your child's learning and to share what is happening at school to increase your awareness and encourage your involvement. We invite your feedback to teachers, team leaders, and administrators to share the benefits of these efforts to make sure we are accomplishing this goal and meeting your needs as parents/caregivers. As we move comfortably into the school year, I want to encourage you to BE the ONE to choose to get involved in the KP community. There are a number of ways you can support KP by volunteering on different PTO committees, chaperoning a trip, or answering a teacher or team call for support.

As you read below, please check out the opportunities to Stomp Out Bullying, provide feedback, review the clubs that are starting, and participate in our 2nd COLOR RUN on October 20th. For 8th grade parents, there is a great screen and talk back community event next week in the community resource section below.

From: Stomp out Bullying.org - This year, for the 11th Annual World Day of Bullying Prevention™, we chose STUDENT STRONG as our message. It is critical that students stand together in solidarity and make this the day that bullying prevention is heard around the world. Their voices combined with wearing blue, speak for all of our youth who are tormented by bullying, cyberbullying, cruelty, hatred, racism, homophobia and LGBTQ discrimination.

An initiative of STOMP Out Bullying, students across the globe wear blue with stronger voices and stand STUDENT STRONG.

We hope that you will join us on Monday by joining your children and wearing blue to stomp out bullying.

We Value Your Feedback

We carefully review your feedback to reflect and plan for next year's Open House. Please take a few minutes to take our survey by clicking below. We will close the survey by Tuesday, October 2nd.

Attention Parents: please be sure to complete the picture order form and have your child bring it with them to school on October 5th. Smile!!

If you would like to order on line and forgo any check writing, and passing of paperwork back and forth, here is the information.

2. Click on the blue box that says "to order and view photos".

PLEASE NOTE: If you do not wish to order any pictures at all, your child will still have a photo taken for our KP yearbook. 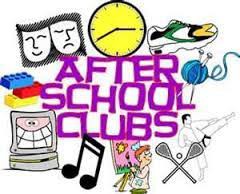 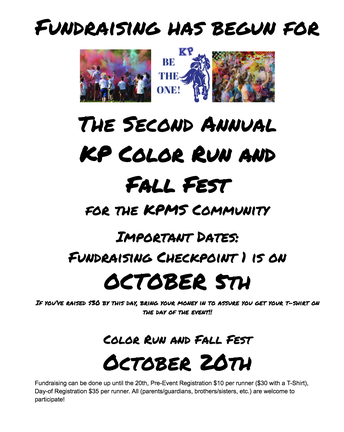 This year's color run is right around the corner. Instead of a PTO Pledge drive and a KP Fall Fundraiser, the school and the PTO have joined together for two large fundraisers - one in the fall and one fundraiser in the spring. The KP Color Run and Fall Fest is an opportunity to bring our community together while raising support for our school. However, we need your help to make it successful. Please contact Brendan Smith (brendan_smith@whps.org) or PTO President Cheri Green Bramble (bramble29@hotmail.com )to volunteer your time or a snack donation 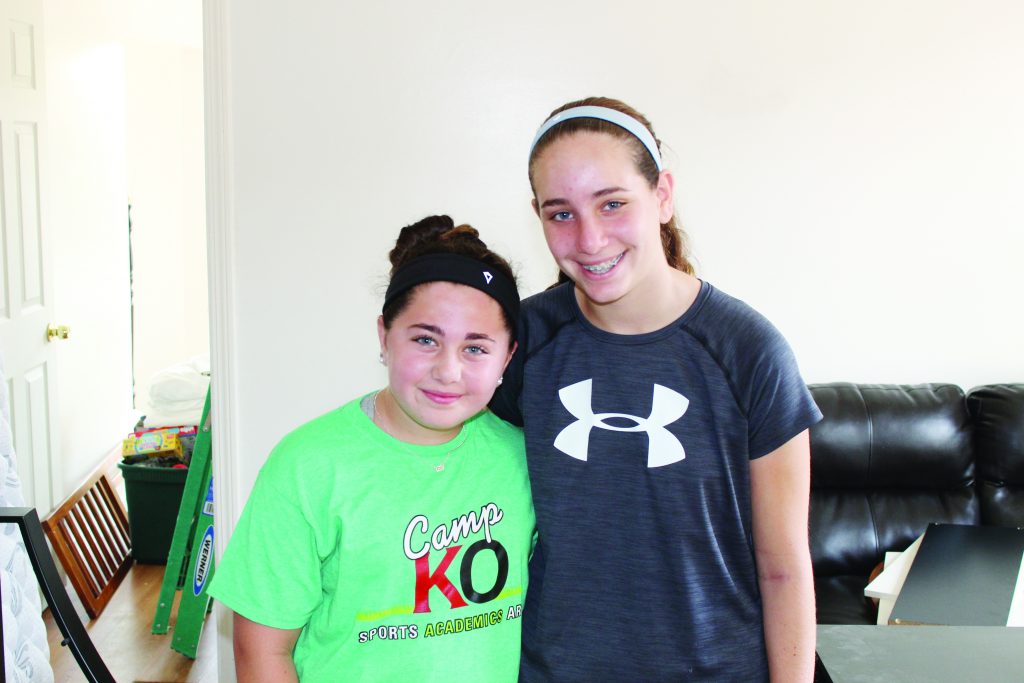 An adventurer in the House!

Michael Benanav writes and photographs for the travel section of "The New York Times," He has also written for other national newspapers, and was a contributing editor to "The Salt Journal," as well as a published author of 4 books. He has also worked as a mountain and desert guide in the American West. He lives in northern New Mexico. Additionally, Michael grew up in West Hartford and is a King Philip and Hall Alumni. To see and read his work go to https://michaelbenanav.com/ . He will be spending time a KPM and working with 7th-grade students as an author-in-residence this March.

Michael Dauria will conduct a series of workshops demonstrating his National Institute of Health (NIH) evidence-based, mind-body activity program designed to reduce stress, increase awareness, develop self- control and promote Social Emotional Learning. Students will experience an improved mood, relaxation, better focus and improved response to stressors, which will contribute to improved focus and attention as well as improved self-regulation throughout the day. Students will learn coping skills that are research-based and physically activated. 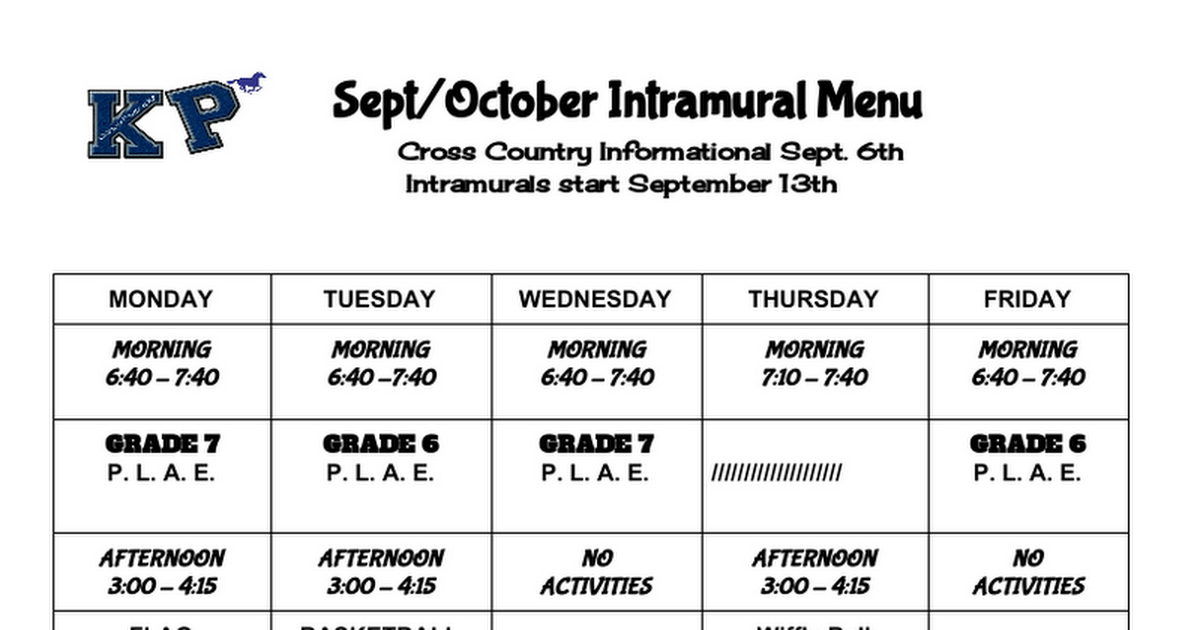 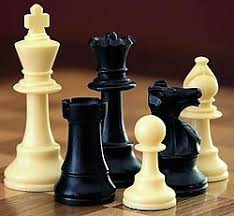 Award-winning chess instructor and coach, Alexander Lumelsky, is offering this instruction-based chess program for students grades 6 through 8, beginners welcome. The program offers class instruction on chess play and strategy and is intended for players of all and no prior skill or experience. The program also features supervised practice play, over-the-board instruction, possible in-club competition play, and opportunity for play in off-campus competition. -Click Here for more information and to register.

The VFW is dedicated to promoting patriotism and investing in our future generation. If you know a patriotic middle school student interested in winning $5,000, these scholarships may be for you. 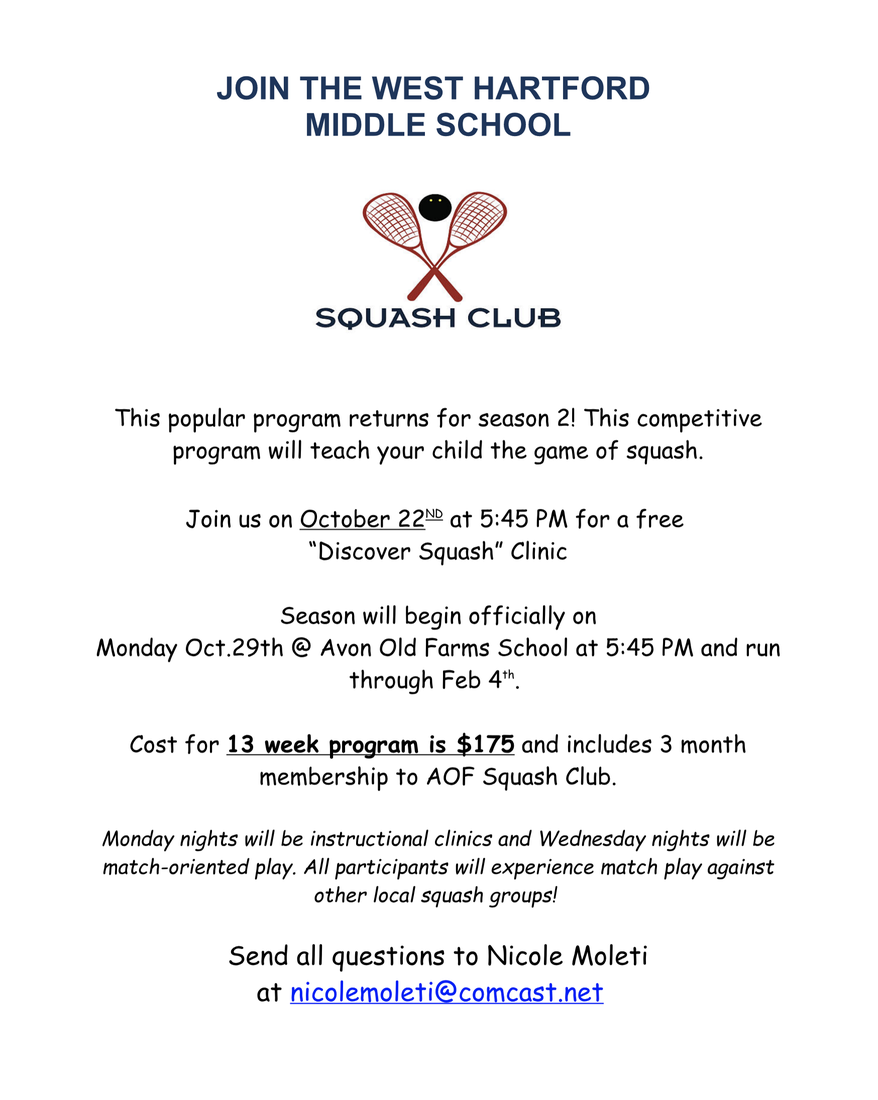 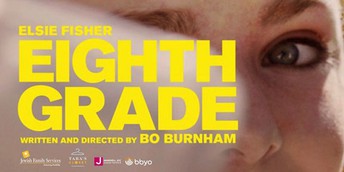 WHAT: Jewish Family Services’ Tara’s Closet, with community partners the Mandell JCC and BBYO, present a free screening of the film Eighth Grade followed by a panel discussion with mental health professionals and teens. Thirteen-year-old Kayla endures the tidal wave of contemporary suburban adolescence as she makes her way through the last week of middle school marking the end of a disastrous eighth grade year before she begins high school. Described as one of the most painfully authentic cinematic portraits of life as a young teenager, Eighth Grade has been generating enthusiastic buzz cutting to the heart of how emotionally unconformable adolescence in the 21st century can be with surgical precision. The result is a film that manages to be charming, tender, funny, and realistic all at once.Eighth Grade masterfully captures the emotional horror of being a Generation Z middle-schooler, yet tells a universally relatable coming of age story.

WHY: National Bullying Prevention Month is a campaign in the United States founded in 2006 by PACER's National Bullying Prevention Center. The campaign is held during the month of October and unites communities nationwide to educate and raise awareness of bullying prevention. Traditionally held the first week in October, the event was expanded in 2010 to include activities, education, and awareness building for the entire month. Eighth Grade explores how social media impacts teenagers’ lives, opening themselves up to wanting what others have, unfair comparisons, unwanted criticism that can walk the line of cyberbullying and letting “likes” and a number of followers define them.

This film and the discussion to follow is appropriate for parents as well as teens. Parents are encouraged to attend along with their teenagers. Rated R for language and some sexual material. A panel discussion comprised of mental health professionals, teens, and teachers will discuss the movie and offer advice to parents. We will also hear teenagers testimonials on how they deal with social media. Information about the movie can be found online at: http://eighthgrade.movie/

WHERE: Mandell JCC of Greater Hartford

Foundation For WHPS Awards Over $100,000 In Grants 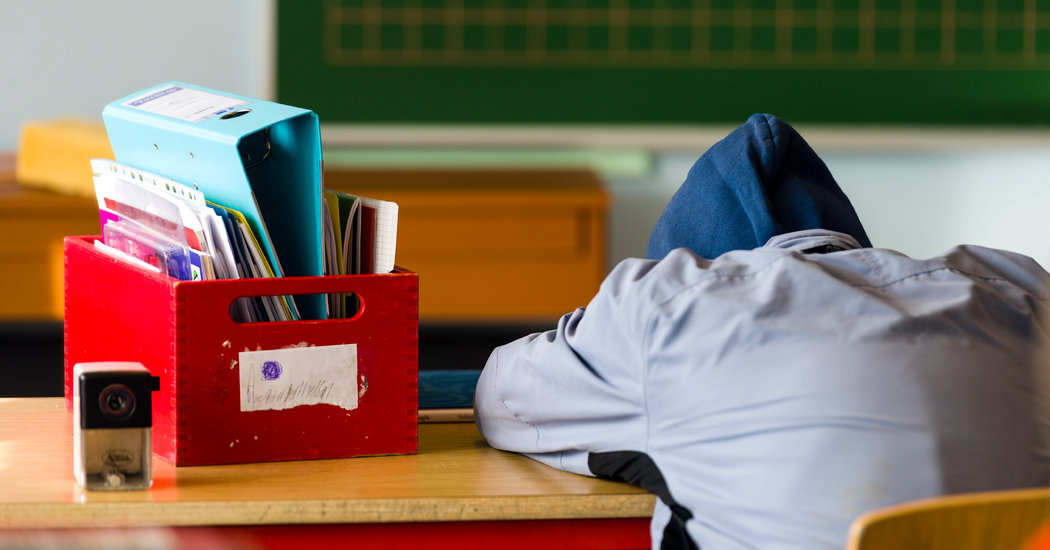 How to Help Teenagers Embrace Stress

www.nytimes.com
Stretching beyond familiar limits doesn’t always feel good, but growing and learning — the keys to school and much of life — can’t happen any other way.

How to curb your teen’s social media use

Why it's important for young adults to be assertive

www.parenttoolkit.com
Assertiveness is an important social skill that can be helpful in many types of scenarios. Learn more about assertiveness in your young adult. 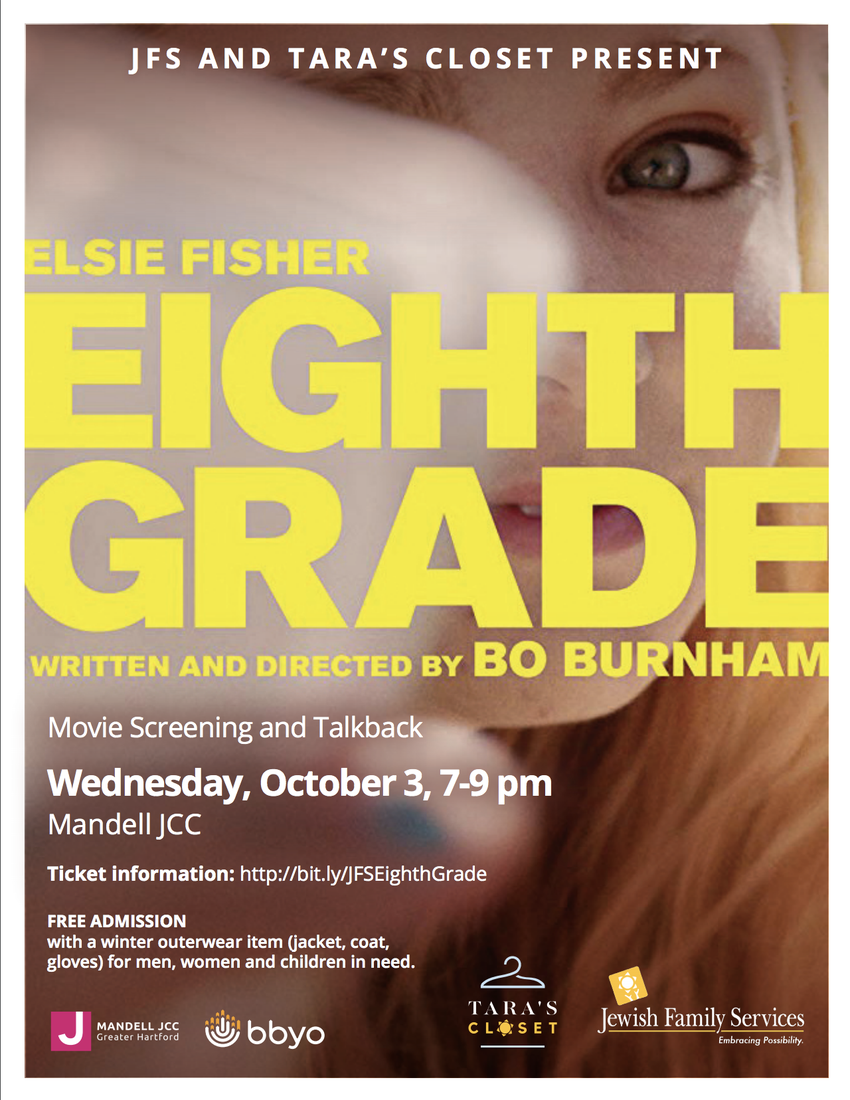 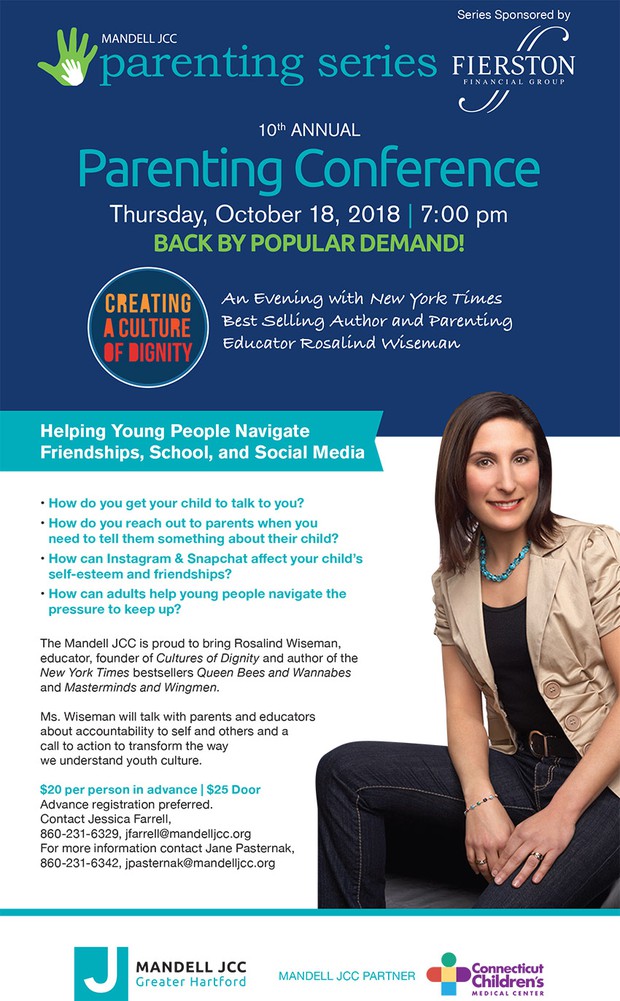 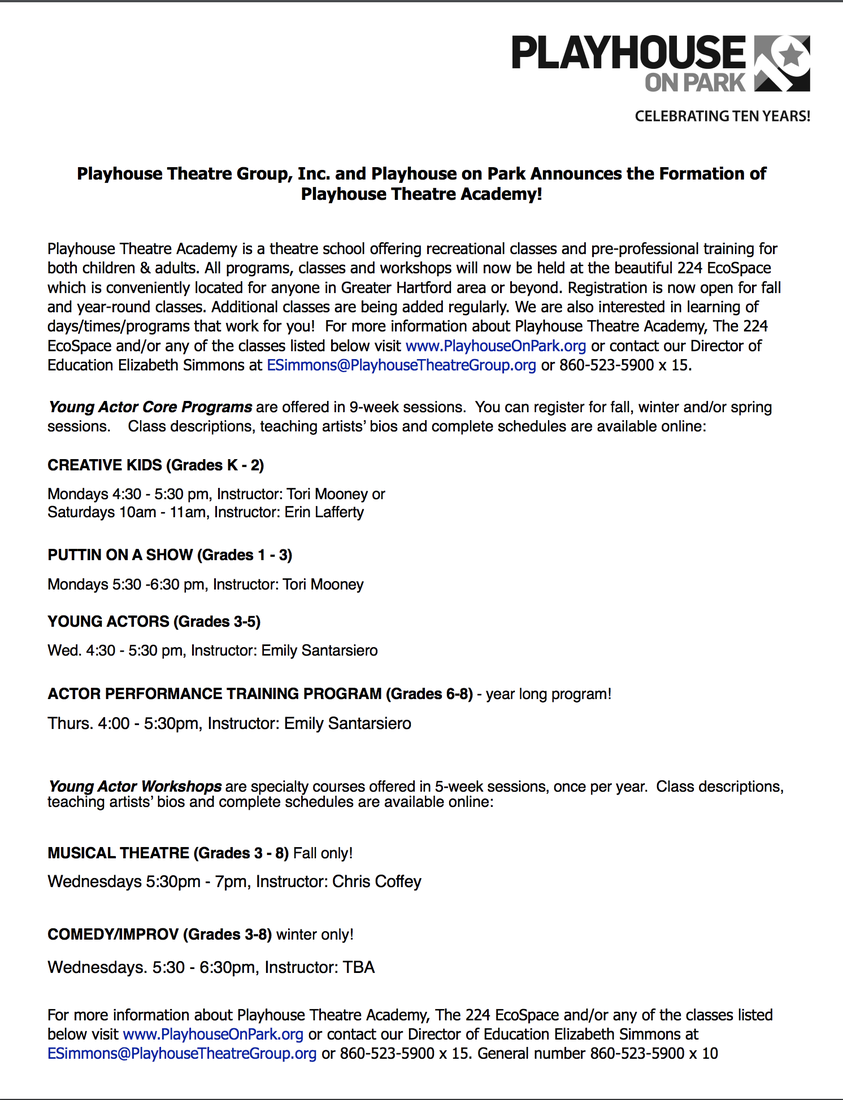 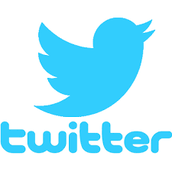 We believe that it is vital for all students in West Hartford Public Schools to be able to efficiently and effectively use digital tools that empower them in all phases of the learning process, including research, problem solving, content creation, communication, and collaboration. We also believe that we must be committed at all times to protecting students' privacy and providing them with a powerful and safe educational experience. To that end, the West Hartford Public Schools follow the legal requirements of Public Act 16-189 to promote the safety and security of all students and staff.

In compliance with Connecticut State Law, we update online programs used within the district that house student data. The programs may be used district-wide, in a very small number of classrooms, or with individual students. The list will be updated each time the district enters into a new contract where student data is housed. For more information on the specifics of Public Act 16-189 and updates of vendor agreements, visit www.whps.org/pa189."