James Monroe was born on April 28, 1758 and grew up in Virginia. He was the son of a well-off planter. His mother died before 1774 and his father died soon after when James was 16. Monroe inherited his father's estate. He studied at Campbelltown Academy and then went to the College of William and Mary. He dropped out to join the Continental Army and fight in the American revolution. He later studied law under Thomas Jefferson.

In 1774, Monroe entered the College of William and Mary in Williamsburg, Virginia. It was a very exciting time to be in Williamsburg. By winter time 1776, Monroe had joined the Virginia infantry. He became an officer in the Continental Army and joined George Washington's army in New York. During the Revolution Monroe had fought in several important battles. By the end of his service with the Continental Army he had gained the rank of major. In 1779 he had resigned from the Army and appointed colonel in Virginia service. And of course after the war, James had begun studying law, became Council of the State which advised the governor. Thus James and Elizabeth had met she was sixteen as he was twenty-six. They married the next year.

Monroe remained in the White House for three weeks after his inauguration because his wife was too ill to travel. When she was healthy the couple returned to their estate, Oak Hill, in Loudoun County, Virginia. During much of his later life, Monroe worked to fix all of his financial problems. Then in 1826, he accepted an appointment to the Board of Visitors of the University of Virginia. He was devoted to the university and served on the board until he was to sick to continue. Monroe had started a book but struggled in finishing it. He abandoned the project and started writing his autobiography but never completed it. Following his wife's death in 1830, at age 72 he moved to New York City to live with his daughter and son-in-law. His health soon declined and he later died on July 4, 1831.

James Monroe was a very successful man before, during, and after his presidency. He lived a very healthy life with his wife and three kids. Monroe fought for his country and while doing so became the highest rank anyone could become. In my opinion James Monroe was quite the man in his life. 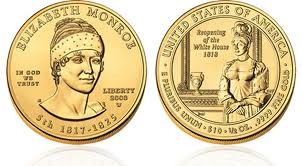 Above is Elizabeth Monroe on her coin. 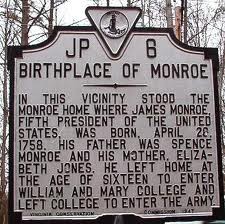 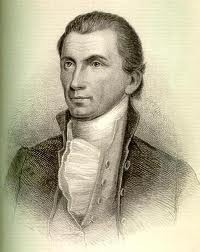 Sketch of James Monroe during his Presidency. 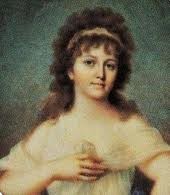 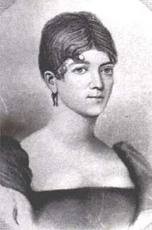 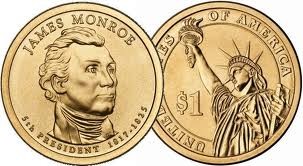 James Monroe on his coin.

She was born June 30, 1768 in New York City, New York. Her parental grandmother had raised her. When her husband was elected president she was not eager to follow in the footsteps of the previous First Lady, Dolley Madison. She then earned her reputation as a chilly Presidential wife. When at home she preferred to speak to her husband and children in French, the language she was most comfortable speaking. A year after leaving the white house, she suffered from a severe stroke, fell into an open fireplace, and was severely burned. Elizabeth survived three more years in constant pain before passing away. Her husband sadly passed away the following year.

Follow Shelby Wait
Contact Shelby Wait
Embed code is for website/blog and not email. To embed your newsletter in a Mass Notification System, click HERE to see how or reach out to support@smore.com
close