Minecraft in the Classroom

MinecraftEdu is a school-ready remix of the original smash hit game Minecraft. Minecraft Education Edition - Bring Minecraft to the Classroom! They provide discounted Minecraft licenses to educational institutions, a custom edition of the game with features designed especially for classroom use, and a hosting service to let users connect and play together.
minecraftedu.com/
MinecraftEdu: The Craft of Digital Citizens 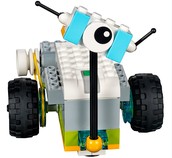 Lego Education has revealed the WeDo 2.0 robotics kit aimed at Primary school students. As in the original Wedo, it's designed to teach kids the basics of robotics, and uses drag and drop programming. The new kit also replaces the old USB cables with a Bluetooth hub that connects to the motors and tilt sensors. The whole thing is driven by a tablet-based drag-and-drop interface that helps kids code basic robotics apps.

On top of robotics, the next-gen WeDo Kit also teaches kids STEM basics via various science projects. Lego has has developed a curriculum with over 40 hours of science lessons normally taught in Years 4 - 6. For instance, pupils get lessons about recycling by designing a truck, and even learn about biology and pollination.

The WeDo 2.0 kits are now available in the UK for Android and iOS smartphones and tablets, PCs and Macs. Chromebook support will come in the second half of 2016. 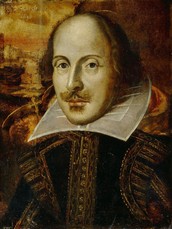 With the 400 year anniversary of Shakespeare's death on 23rd April 2016, you may be looking to use some of his works in your classroom.

Shakespeare and More started out as a quick way of sharing planning for some of the books and plays the founder James Clements enjoyed teaching when he was a class teacher. In the two years since its launch, the site has blossomed and now thousands of their units and resources are downloaded every month. Which is nice.

Lots of people contribute to the English units, not least all of the teachers and children of the schools who kindly road test them. Sometimes seen as being stuffy or elitist, but their belief is that every child should have the chance to experience some of the most amazing books, plays and poems ever written.

As James says "we love teaching these stories and we know they’re great at helping children to improve their English. We hope you agree. To help we’ve created loads of planning and resources to help you teach them. They’re free to download and you can change them as much as you like to fit in with your way of doing things." 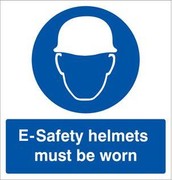 We can’t protect children from all the dangers of the internet, but we can teach them to protect themselves, says head teacher and fellow Intel Visionary, Ollie Bray

In his article, he covers a number of key points and associated messages that should be considered essential knowledge for all those working with children and young people. Click here to read the full blog.

Every image contains a story and ThingLink helps you tell your stories.

thinglink.com
Learn to Use Thinglink in Under 5 Minutes

Sketchbook is an amazing FREE tool made by Autodesk. Sketchbook is made for anyone who loves to draw and is an essential tool for all digital artists of any skill level. It has professional grade tools which students can use to produce some really superb artwork.
sketchbook.com

Childnet’s Film Competition is now in its seventh year.

The Film Competition encourages young people aged 7-18 to create a short film to educate their peers about staying safe online.

The project engages schools in using new technology for creative and positive uses and equips young people with the skills they need to become confident digital creators....

Sometimes you don't want or need the whole You Tube video - so here's an easy way to edit out the bits you want.
tubechop.com/
How to cut or chop youtube video and save it using tubechop/How to download videos from tubechop

Findings revealed in the latest update to the NSPCC's Net Aware guide show how easy it is for school children to access dangerous and harmful material online - despite repeated calls for improvements in online safety.

Of the 1,725 school children who took part in the survey, they found that:

They have developed the Net Aware guide - now available as a free mobile app for iOS and Android - is the UK's only parents' guide to 50 of the most popular social media sites, apps, and games that young people use.

Click here to learn more about the apps children use.