Shakespeare and Romeo and Juliet

Shakespeare and Romeo and Juliet

William Shakespeare was born in 1564. He married Anne Hathaway and had a daughter named Susan. Then later on had twins named Hamnet and Judith. He later had some success as a actor, a poet, and a playwright. But was most known for his poets and playwrights. Most especially Romeo and Juliet. Shakespeare became a member of the theatrical company, the Lord Chamberlain's Men. His plays soon became very successful and worked his way up to play at the quarts or Queen Elizabeth l and King James l. After 1608 his creative output lessened and returned home and settled down with his family. He later died at 56 in 1616. Later that same year his wife died and the famous actors John Hemmninges and Henry Condell gather together and for the first time and publish for the first time, 36 of Shakespeare's 37 plays in a collection known as The First Folio. 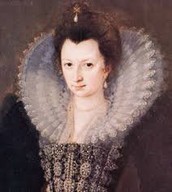 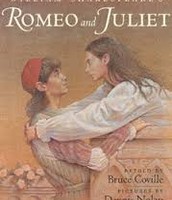 Why Romeo and Juliet is Still Famous Today

Romeo and Juliet is still popular to this day because it deals with a variety of issues people can relate to to this day. The play deals with themes such as love, hate, death, fighting, and friendship. And these are things we can sadly all relate to. It is also fairly easy to follow and understand compared to other plays written by Shakespeare. Another big factor is that since its being taught in literature it is very well known around the world.

C- Laura Grimm wrote this article. She is a editor chief and has worked with many famous successful people.

A- Yes this article is accurate compared to other sources.

R- This was to inform and it avoids persuading and arguing.

D- Yes, this article contains info I need.
S- There was a couple other sources they listed.