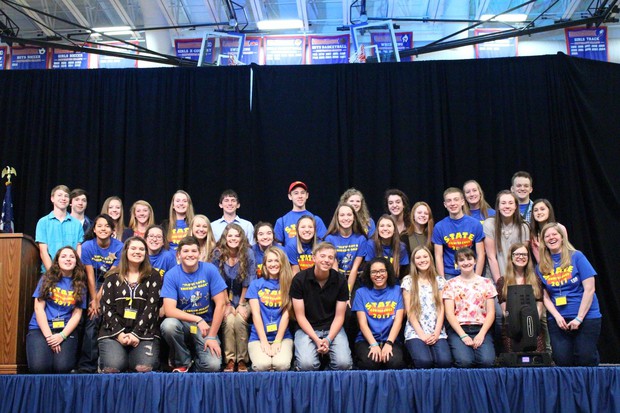 The OASC general membership met for the 64th Annual State Conference on April 27th-29th at Clinton-Massie High School. A huge "Thank You!" goes out to Clinton-Massie High School Student Council members, Principal Barrett Swope, Superintendent Matt Baker, and Student Council Advisor Kelly Felder. Thank you to all of the families and host homes that volunteered their time and their homes to make sure OASC students had an excellent place to stay throughout the conference!

Thank you to our 42 students who served as small group workshop leaders at state conference. Each presenting team submitted their own unique presentation, activities and handouts! They presented three times throughout the weekend. Thank you for giving your time and talents to help our student leaders walk away with new skills and ideas to take home to their schools and communities! 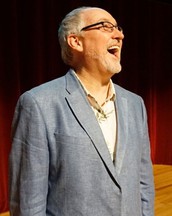 OASC had the pleasure of welcoming Kevin Wanzer to State Conference as our keynote speaker! Since 1983, Kevin has spoken in front of well over 3,000 audiences all over the world. He has been noted nationally as one of the most effective and entertaining speakers for corporations, organizations, schools, colleges and to audiences of adults who work with and empower the lives of youth. His program encourages audiences to discover their hidden passions, embrace diversity and celebrate the laughter in us all.

Kevin Wanzer has been noted nationally as one of the most effective and entertaining speakers for inspiring and empowering audiences. He helps people reconnect with hidden passions, embrace diversity, and celebrate community through laughter.

To find out more about Kevin, visit his website here! 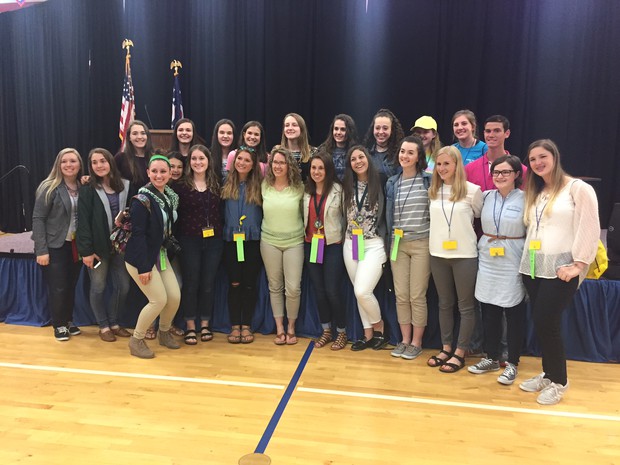 Congratulations to OASC's 2017 Advisor of the Year, Laura Calaiacovo from Medina High School! Serving as an advisor for over 20 years, OASC feels "Cal" (as her students lovingly call her) is most deserving of this award. Her nomination reads:

"Every year we have watched other phenomenal advisors receive this honor and can’t help but know Mrs.Calaiacovo, or as everyone knows her- Cal, should be next. Cal is one of the, if not the most, involved teachers at Medina High School. Her passion for leadership training is what makes her such an incredible woman to work with. Taking incoming freshman and helping them reach their full leadership potential. At every meeting students are encouraged to take new responsibilities, share ideas and discuss ways to make our school better. By allowing students to take on such responsibilities, she instills an atmosphere of trust and pride in our council community. During the school year, her dedication to student council and growing young leaders in Medina High School is evident. She spends many hours planning and expanding student council events. Creating new goals and helping tailor them to our council is one of the best things she does for us. This year, she helped our council find a cohesive plan to help with worldwide water initiative projects and local Great Lakes projects. We found ways to reduce plastic waste and increase awareness about water issues. Everyday she wakes up with a passion to make a difference in the world and the lives of council members. She encourages students to push their boundaries and try new things. Cal deserves this award because she pours herself into every aspect of council, she has changed our lives as leaders and she is an incredibly compassionate woman."

Congratulations, Cal! Thank you for continuing to offer such wonderful experiences to your students, and always valuing the programming OASC offers student leaders! 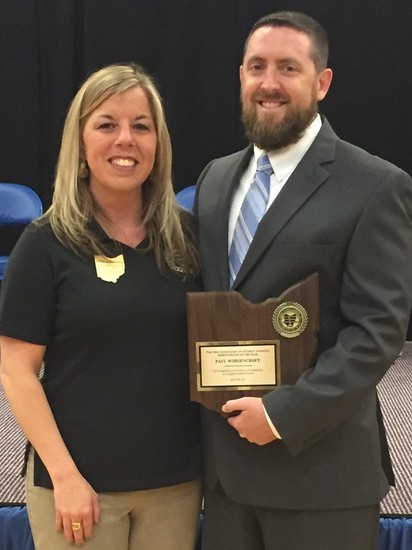 "It is quoted that, " A great leader doesn't set out to be a leader...they set out to make a difference. It's never about the role- always about the goal." These words describe Paul Worsencroft. Mr. Worsencroft is an amazingly compassionate person. His leadership has made an incredible difference within our school. Mr. Worsencroft came to Claggett just over a year ago and has been a positive leader ever since. He has made our school and the well being of the students his main priority. His compassion for kids and education is eminent in the way that he interacts with his staff and the students. He does not just sit back but he gets involved. He has a calm demeanor which makes him approachable and easy to talk to, especially in tough situations. Mr. Worsencroft has also been especially supportive of student council. He has come to several meetings and participated with students in some of their activities. With his approachable style, the kids have been able to go to him with proposals for fundraising ideas. Mr. Worsencroft is more than deserving of this award. His kindness and compassion are contagious. His passion for education is refreshing because he sees the good in what our future holds with our kids."

Congratulations, Mr. Worsencroft, and thank you for your support of young student leaders!

As a principal and director of the National Association of Student Councils, Dale D. Hawley's life was dedicated to youth, service, and to the development of student leaders. The Dale D. Hawley Leadership Award is presented in recognition of service and leadership at the state level.

Congratulations to the 2017 recipients of the Dale D. Hawley Leadership Award: 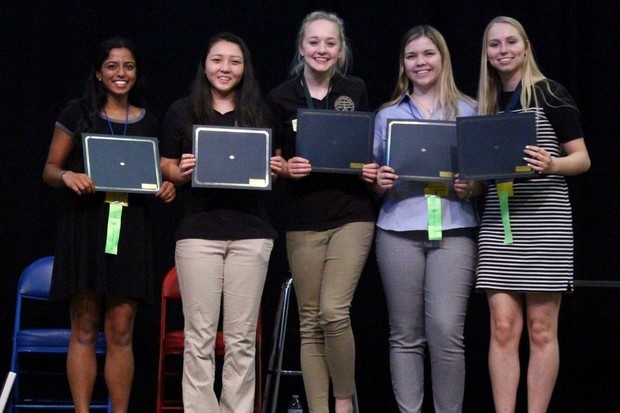 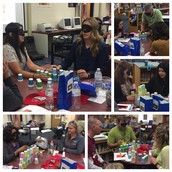 OASC is lucky to have a great group of advisors who believe in OASC's mission, vision and programming! These dedicated individuals continue to bring students to OASC programming and work hard to make their home schools a better place for students and staff alike. OASC events could not happen without their time, support and generosity.

Advisors participated in several sessions throughout the weekend. First, advisors had extended time with keynote speaker Kevin Wanzer. Kevin continued to share his experiences as a student council advisor, foster parent, father and public speaker. Through his entertaining style of story telling, he reminded advisors of some important life lessons, and provided some great ideas they could integrate into their own schools.

Advisors learned more about the "Situational Leadership" model and then participated in the "Blind Man's Tower Challenge" to see which group could build the tallest tower!

Lastly, advisors received information on various ways they can celebrate student council members and successes. They also shared ideas from their home councils in a "swap shop" session with one another. OASC hopes the weekend re-energized advisors to finish the last few weeks of the school year strong, and will allow for new events and ideas to grow and develop over the summer for an even more successful school year next fall! 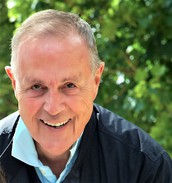 Bob Emery was OASC's first State Board President, elected in 1954. OASC had the honor of welcoming Bob back to OASC at our 64th State Conference where he was able to share his story with current OASC delegates:

"A couple of months ago, out of nowhere, I got to thinking about my brief but wonderful encounter with OASC and thought I’d check the web to see what’s up. I couldn’t have been more pleasantly surprised - or delighted- to find what a growing, thriving, communicating organization you’ve become.

My relationship with OASC began one morning during ‘shop’ class at Fairmont High School (now Kettering Fairmont) in the spring of 1954. The principal’s morning announcements included a letter he had received from the organizers of the first convening meeting of the Ohio Association of Student Councils in Toledo, and they were looking to all of the state’s high schools to send delegates.

The principal had polled all of the members of our small student council and none could attend. So he checked with the organizers to find out if a delegate had to be a member of a student council to represent the school and they assured him that since there was not yet any organization, let alone any rule to preclude a non-student council member from representing the school as a delegate, it would be fine. It was much more important that the school itself be represented. So in his announcements that day, Mr. Somers asked if anyone in the school would like to attend as a delegate, and if so, to please stop by his office that morning.Since I hadn’t seen my cousin in Toledo for a good while - and that would provide me a place to stay as well – I volunteered for the trip. Within a few weeks I was aboard a bus to Toledo.

The conference was organized by Ottawa Hills High School and in particular, Mr. Bob Barber from Maumee, who was the Dean of Students at Ottawa Hills. The agenda was pretty straight ahead – no ‘old business’ for sure. As you might expect, most of the sessions revolved around organizational and procedural issues. I was sitting toward the front and got quite involved in the discussion. At lunch time, Bob Barber and I got to talking and he explained that while Ottawa Hills had been instrumental in organizing the conference, they wanted to step back and be sure that the new organization had geographic diversity. He thought I spoke well enough that I should consider running for President. This was certainly not what I had signed up for, so I told him I’d let him know. After some phone calls, I agreed, but still doubted that I would succeed, given other excellent candidates on the roster.

So, the next day I was nominated and the following day I spoke about the many opportunities I saw for the organization and I was elected. What followed was an amazing year of working together with some of the finest students and faculty in the State, a trip to join other States’ student council delegates in St. Paul, Minnesota that summer, and many other wonderful encounters with the organization over the course of its first year.

Oh, and when I got back home after that first conference, Fairmont found a way to make me an ‘honorary’ member of my own student council.

Life lesson? If you find yourself in a new setting with people you don’t know, don’t accept the natural inclination to hold back. Speak up! Participate! ‘Cause if you aren’t involved, you’ll never know what might have been. Involvement in something new will almost always expand your life’s adventure!" 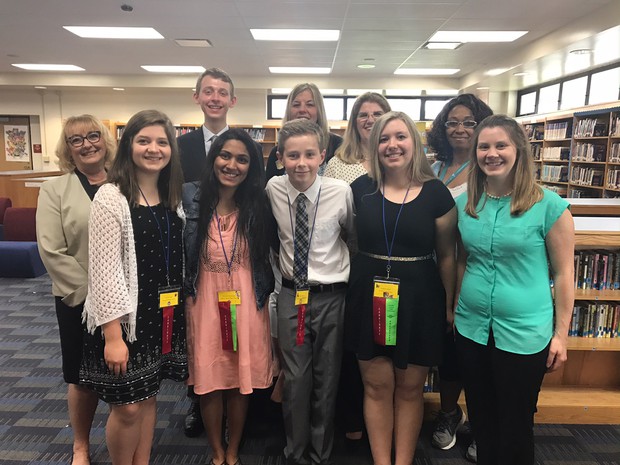 Congratulations to our newly elected Executive Board Members!

Back row left to right:

Due to increasing workshop sizes and number of workshops, iBELIEVE and OASC need all summer workshop registrations to be in by June first! Use the information and links below to register today! 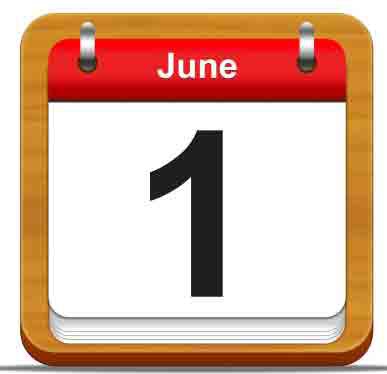 SUMMER WORKSHOP REGISTRATION officially opened March 1st! Join us during the summer of 2017 for one of EIGHT Senior High Workshops or TWO Middle Level Workshops being offered!

Both iBELIEVE & OASC students can register for summer workshops HERE on the iBELIEVE website! We look forward to seeing you this summer!

**Note: Registration is on a "first come, first served" basis. Once a week/program level is full, both iBELIEVE & OASC delegates will need to select a different week. Due to program level size restrictions, we cannot overfill any week or program level of summer workshop.** 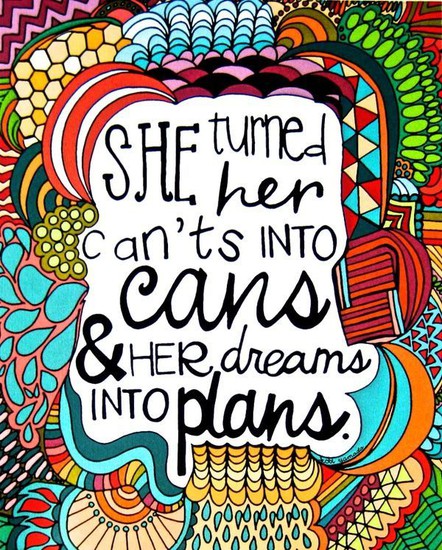 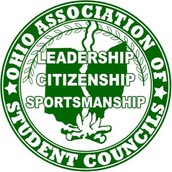